We are deeply saddened to share the news that Professor Lisa Jardine CBE FRS passed away on Sunday 25 October 2015. 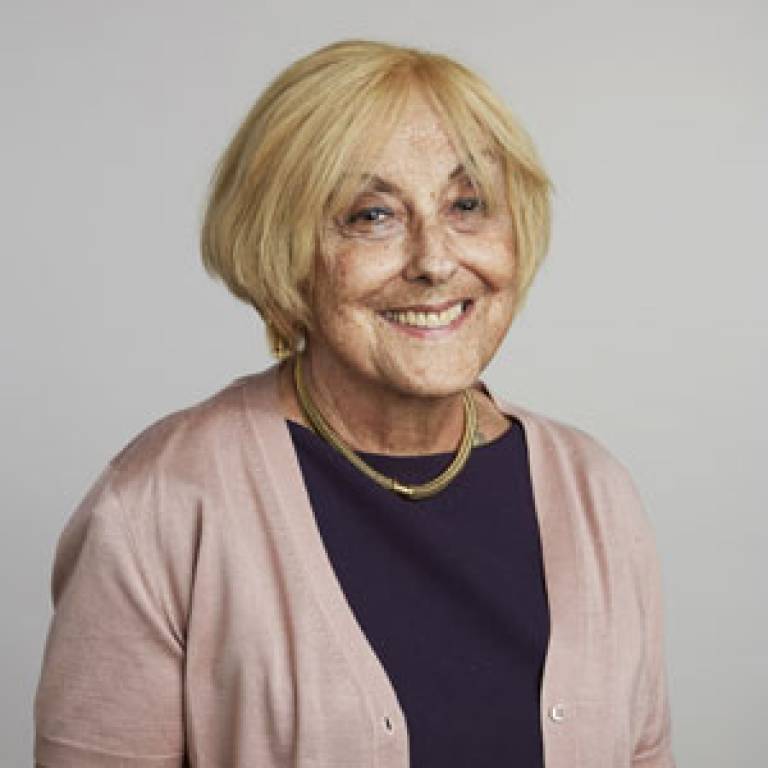 Lisa joined UCL in 2012 as Professor of Renaissance Studies, and was Director of the UCL Centre for Humanities Inter-Disciplinary Research Projects (CHIRP). She was also the founding Director of the Centre for Editing Lives and Letters (CELL), which develops archive-based research projects of relevance to the period 1500-1800.

Lisa published over ﬁfty scholarly articles, and wrote or co-wrote seventeen books, including influential studies of Shakespeare, Humanism, and Erasmus and lives of Bacon, Wren and Hooke. In her later work, she made particularly important contributions to the history of science in Europe and to the study of Dutch history and of Anglo-Dutch relations. Several of Lisa's books have won international prizes.

Lisa wrote reviews for many major UK national newspapers and magazines, and both presented and appeared regularly on arts, history, and current affairs programmes for television and radio. She was a regular writer and presenter of BBC Radio 4's 'A Point of View', and appeared on Desert Island Discs earlier this year.

Professor Michael Arthur, UCL President & Provost, said: "I was very sad to hear that Professor Lisa Jardine has passed away. She was a towering figure, a truly outstanding academic, and a great academic leader at UCL, as well as being a great public intellectual figure, with many followers across the nation. We will all miss her greatly, and send our sincere condolences to her family and colleagues in the Centre for Editing Lives and Letters (CELL) at this very difficult time."

Professor Jonathan Wolff, Dean of the Faculty of Arts and Humanities, added: "Lisa generously gave so much to UCL and the Faculty, as well as to CELL, in the few years she was here: energy, fun, wonderful accomplishments, and quite a touch of glamour. We will all miss her terribly, and send our deepest sympathies to her family and friends."