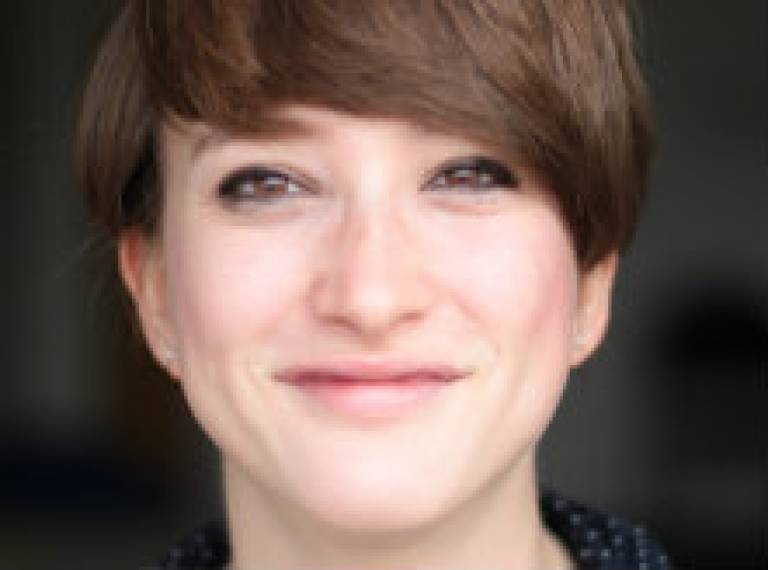 I am the Internships & Vacancies Officer for BASc Arts & Sciences, based in UCL Careers.

My role involves supporting the BASc Arts & Sciences students during their second year to help them secure summer internships. This includes giving them one-to-one advice on applications and sourcing strategies, providing them with resources, and putting on events where they can find out more about internships. I am also the point of contact for employers who want to hire these students as interns, and I generate exclusive internships for them.

In my wider role at UCL Careers I am part of the Employer Engagement team, which involves liaising with employers who want to recruit UCL students and graduates.

I have been at UCL Careers for 2 years now. My previous role was in the Employer Engagement team at Edinburgh University Careers Service.

As the BASc degree is relatively new, I'm still really proud of the range of internships that the students have secured so far: it is encouraging to know that their horizons are being widened, and that they know there is more out there for them than banking/finance and consulting careers (although these are still popular). Students have interned in art galleries, social enterprises, SMEs, architects firms, museums, in psychology labs, on their own start-ups, and even in departments around UCL!

The feedback I've had from organisations who've hosted an intern has been really positive. These students have chosen an interdisciplinary degree that involves learning across the arts and sciences at UCL, as well as core courses where they develop their research and foreign language skills. This familiarity with creative thinking, team working and problem solving has meant that they've been particularly valuable interns.

Tell us about a project you are working on now that is top of you to-do list?

I'm part of the team who are putting together one of UCL Careers' Sector Themed Weeks - Government & Policy Week. Last year the week ran for the first time and it was really well received by students - giving them the opportunity to learn more about careers in HM Treasury, public sector leadership and think tanks, to name just a few. This year we're excited to build on last year's success and get lots of organisations onto campus to share their career stories and promote their opportunities for UCL students.

Film: The Sound of Music.

Book: Tied between The Marriage Plot by Jeffrey Eugenides and The Art of Fielding by Chad Harbach.

What cheese would you use to hide a small horse?

A dinner with the Mitford sisters would be pretty entertaining.

I would advise my undergraduate self to do more internships! I think too often students worry that the internship they choose will determine their entire future career path, when really they are just a good opportunity to try things out and figure out what you might enjoy in the future.

Instead of doing an internship I spent my university holidays working in an delicatessen in Glasgow, meaning I've sliced turkey for Ewan McGregor and sold Billy Connolly some ice cream! And that's where I learned the cheese jokes…

I spent most holidays as a child on the Isle of Arran, on the west coast of Scotland.