Genes involved in schizophrenia and obesity have been highlighted in a new UCL study, which could lead to a better understanding of the DNA variants which affect risk of these conditions and aid the development of improved strategies for prevention and treatment. 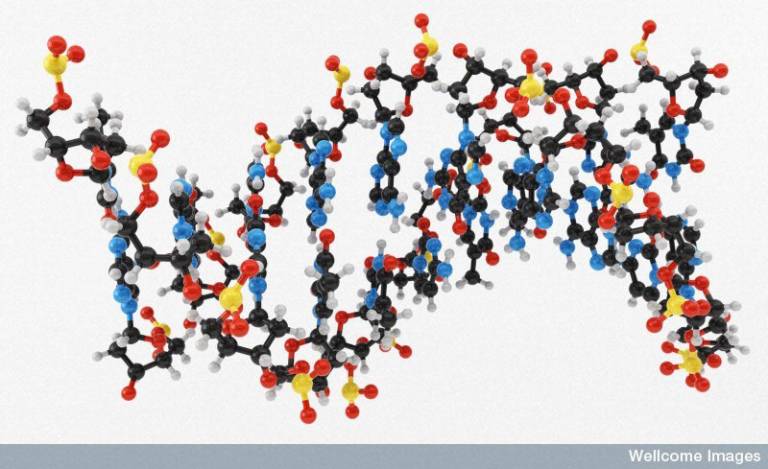 The research by the UCL Genetics Institute, published in Annals of Human Genetics, involved analysing over one million genetic variants in over two thousand research subjects who had either schizophrenia or severe childhood onset obesity. The work was carried out as part of the UK10K project, a British research program funded by the Wellcome Trust which has sequenced the genes of several thousand volunteers.

The results identified those genes in which variants more commonly occurred in either the schizophrenic or the obese subjects.

Lead researcher, Professor David Curtis, said: "Schizophrenia and obesity represent huge public health problems. Both conditions have a substantial genetic contribution which is at present poorly understood. This study illustrates the way that genetic sequencing technology can help us to make progress in this area."

As expected, two variants in the MC4R gene which were previously known to protect against developing obesity were seldom seen in the obese subjects. However rare variants in genes called CRHR1 and SNORD115 were seen more frequently in obese subjects, suggesting that if these genes do not work normally then this increases the risk of obesity.

Intriguingly, SNORD115 lies within a region of chromosome 15 which is deleted in Prader-Willi syndrome, a condition which causes sufferers to have extreme cravings for food. Thus these results suggest that SNORD115 might be responsible for this distressing symptom. Both SNORD115 and CRHR1, which interact with each other, are known to be involved in the body's metabolic functions but this is the first time they have been implicated in risk of obesity.

Schizophrenic subjects had more frequent variants in NLGN2, a gene which is involved in ensuring that the synapses, the junctions between neurons in the brain, function correctly. This provides further support for the theory that schizophrenia may in part be due to problems with synaptic function.

A number of other genes of interest were identified and these will also be the subject of further research.

"Genetic research is entering an exciting period," added Professor Curtis. "We are now able to study directly the changes in DNA sequence which alter the code of specific genes, rather than simply studying genetic markers which lie close to genes. This will allow us to understand exactly how changes in this sequence can change the function of molecules in the cell and how this can go on to influence the risk of developing serious diseases. In time this will lead to improved methods of prevention and treatment and we will be able to give patients a better understanding of the causes of their conditions.

"Genetic sequencing identifies millions of tiny variants in the genetic code between one person and another. Because there are so many variants, it can be difficult to be sure which ones contribute to disease risk. However, as we obtain sequence data for more and more people, we will gradually develop a fuller understanding of the consequences of these variants. For example, we can study the effects of specific DNA variants in cells cultured in the lab and using model systems like this we can test new drugs to try to correct the problems caused."

Dr Richard Durbin at the Wellcome Trust Sanger Institute, said: "The UK10K collaborative research project has involved researchers across Britain who sequenced all the genes in nearly ten thousand British people with a variety of medical conditions. We are delighted that it has enabled a wide range of genetics studies, including these important findings on the genetics of schizophrenia and obesity."