What do you want to achieve? What's holding you back? What role does gender really play in determining future career success? The 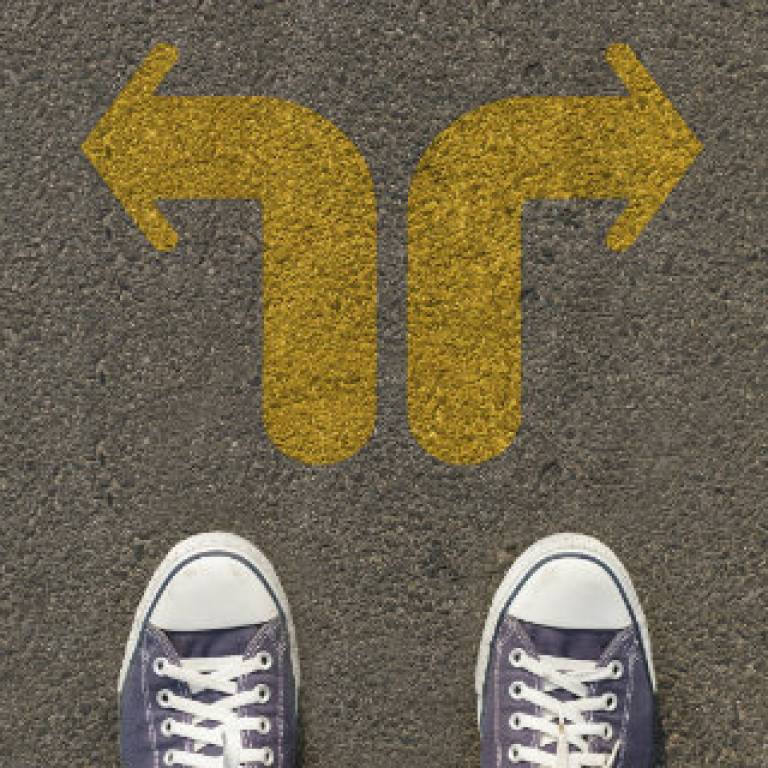 kpmg.com/30pcthinkfuture" target="_self">Think Future Study organisers want to hear from you and get some answers. If that's not enough to entice you, fill out the survey and you'll be in with a chance of winning £500.

So, whoever you are, undergrad or postgrad, take 5 minutes and fill out the Think Future Study - feedback on your experiences at university and what you want from life after graduation.

The 30% Club has launched the Think Future Study at over 20 universities in the UK, including UCL. The national survey intends to provide insight into how students feel their university experiences shape and influence their aspirations for the future.

The survey is now live and will remain open until 27 November 2015.

This survey is separate from the UCL student barometer survey.

The Think Future survey, sponsored by KPMG, was piloted at Cambridge University as the Students' Aspiration Survey in January 2015, and revealed that female students are significantly less confident than men in their ability to advance their chosen career to a senior level.

Over half of female respondents were hesitant to enter "male gendered" sectors, such as financial services, as they felt that the workplace culture would be hostile and unsupportive. Generally speaking, men were less concerned and more confident that they would have the opportunity to advance their career as far as they wanted.

In light of the results, the survey has been rolled out at over 20 universities across the UK to provide a national outlook on the roles university academia, culture and career provision play in determining students' perceptions of workplace culture, and the differing confidence levels between men and women.