Tuberculosis (TB) disease rates in some parts of London are as high as in Sub-Saharan Africa, and drug-resistant strains are becoming increasingly common. 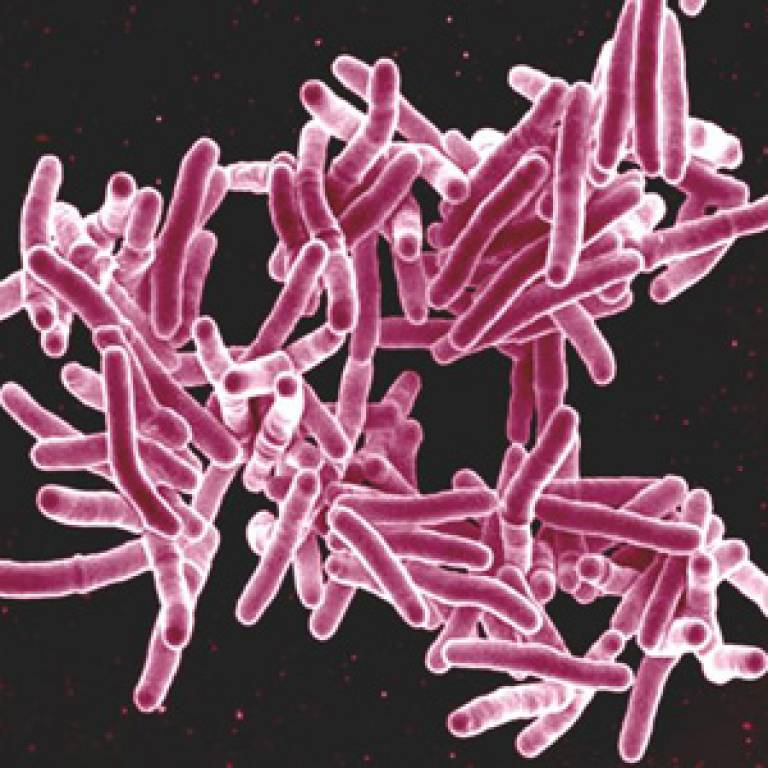 These require specific treatments, and if doctors know that a bug is resistant they can start therapy earlier, often leading to better outcomes.

Whole genome sequencing reveals the complete genetic (DNA) sequence of an Mtb sample, in many cases pinpointing drug resistance mutations so that appropriate treatments can be given. However, this process currently takes weeks because samples need to be grown in the laboratory before there is enough genetic material to measure.

The new method, published in the Journal of Clinical Microbiology, allows scientists to enrich Mtb DNA directly from patient sputum (mucus) samples. This means that the samples can be sequenced and analysed straight away, avoiding the need to spend weeks growing them in the lab. The work was done as a collaboration between the researchers at UCL, Oxford Gene Technology (OGT), CLC bio-Qiagen and the Erasmus University Medical Center in Rotterdam, who are part of the European Union FP7-funded PATHSEEK consortium.

"Using the conventional methods, patients with resistant TB would need to wait for up to six weeks for antibiotic resistance testing," says senior author Professor Judith Breuer (UCL Infection & Immunity). "In that time, they may be taking drugs that are suboptimal or suffer unnecessary and unpleasant treatment side effects. Our technique and the associated software could reduce testing for antimicrobial resistance to a few days, allowing doctors to give precise antimicrobial treatment earlier than is currently possible."

Our technique and the associated software could reduce testing for antimicrobial resistance to a few days, allowing doctors to give precise antimicrobial treatment earlier than is currently possible.

To extract Mtb from sputum samples, the researchers used probes made of ribonucleic acid (RNA) molecules, engineered to bind to Mtb DNA. The method was tested on 34 routine samples taken from patients in London and Lithuania, where resistant Mtb strains are a significant problem. The sequencing results from sputum matched perfectly with those from the relevant cultured isolates.

"As well as delivering personalised treatments to patients, the tests could also be used to precisely track the spread of TB," explains co-lead author Dr Josephine Bryant (UCL Infection & Immunity). "With rapid sequencing available it would be possible to trace TB infections in communities, or to identify a few highly infectious people, sometimes called 'super-spreaders'. If public health officials can identify these individuals faster and stop them from spreading the disease, control and prevention of future outbreaks could be improved."

As part of the PATHSEEK project, the technique has also been applied to other infections including chlamydia, HIV, hepatitis, herpes, influenza A, norovirus and cytomegalovirus. Although a lot of infections can be treated with antimicrobials, resistance is a growing problem in the UK and globally. Diagnostic techniques that enable more precise treatments to be given earlier could help to combat drug resistance in a wide range of infections, not just TB.

Dr John Anson, Executive Vice President R&D at OGT added: "It is a privilege to be involved with the PATHSEEK project which is yielding such fruitful results, and to play an active role in developing new techniques for the rapid detection and characterisation of such important diseases."

The team hope to further refine the technique in future, to make it cheaper and simpler so that it could be used in countries with less economically-rich healthcare systems where drug-resistant TB is common.

The time needed to genetically sequence the bacteria causing tuberculosis (Mtb) from patient samples has been reduced from weeks to days using a new technique developed by a UCL-led team. This could help health service providers to better treat disease, control transmission of this infection, and monitor outbreaks.