'Most attractive' male birds don't have the best genes

'Attractive' male birds that mate with many females aren't passing on the best genes to their offspring, according to new UCL research which found promiscuity in male birds leads to small, genetic faults in the species' genome. 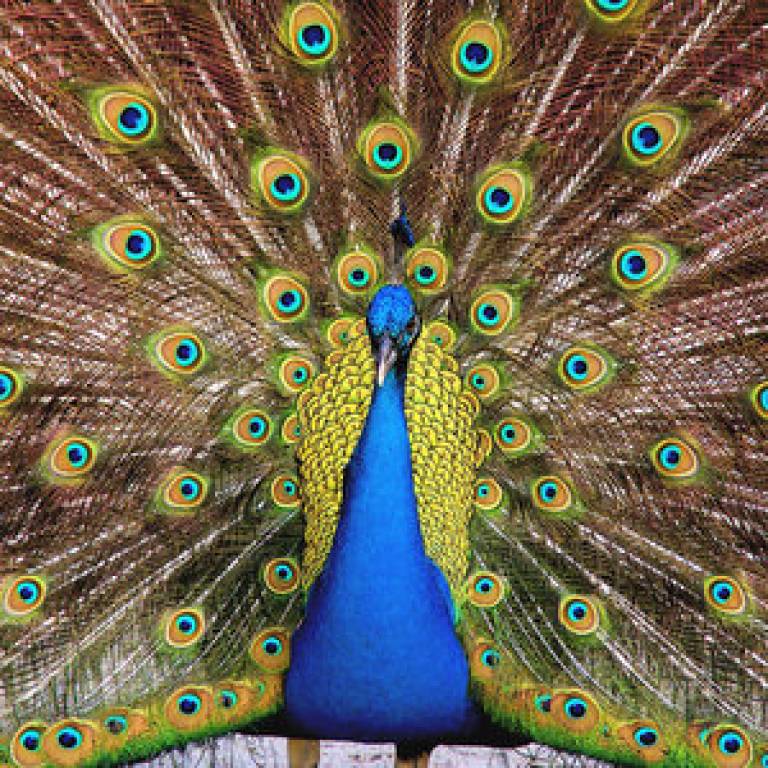 Although minor, these genetic flaws may limit how well future generations can adapt to changing environments.

The study, published this week in Proceedings of the National Academy of Sciences and funded by the European Research Council, shows for the first time the power of sexual selection - where some individuals are better at securing mates than others - in shaping broad patterns of genome evolution.

Study author, Professor Judith Mank, (UCL Genetics, Evolution & Environment), said: "We've found that promiscuous bird species that have to fight others for mating rights have a genome that evolves faster than bird species which are monogamous and pair for life. What's interesting is that this evolved genome includes mildly negative mutations. So a male may be attractive to a female and fight hard to mate with her but he doesn't deliver at the genetic level. As a result, his descendants will be less fit."

The researchers studied a 90 million year old group of birds called the Galloanserae which including the mallard duck, swan goose, wild turkey, helmeted guineafowl, Indian peafowl and common pheasant. The birds all share similar genomes but the way genes are expressed between males and females varies considerably across the group, as does their sexual selection.

A male may be attractive to a female and fight hard to mate with her but he doesn't deliver at the genetic level. As a result, his descendants will be less fit.

The team analysed genetic material from the spleen and gonads of male and female birds and the information was used to assess the relationship between the features of sex-biased genes and the visual characteristics used by the birds when choosing mates.

First author of the study, Dr Peter Harrison (UCL Genetics, Evolution & Environment), said: "We chose a particular group of birds which differ in how they display male and female traits, and the extent to which males compete for mating. It's very difficult to tell a male and female goose or guineafowl apart by their visual characteristics but the differences are obvious with peafowl. Similarly, the birds vary in their sexual selection with a dominant peacock mating with up to 50 females, compared to the swan goose which pairs monogamously for life. This dramatic variation allowed us to critically test the connection between sex-biased gene expression and sexual selection."

Professor Mank, said: "We found a significant association between the turnover of male-biased genes and the extent to which birds use physical ornaments to attract mates. We predicted a link between gene expression evolution across species and the degree of sexual selection, but this is the first statistical evidence for it and shows how powerful sexual selection can be in leading to major changes in how a gene is expressed."

The authors are now working to understand how selection acts differently on males and females, and how this leads to differences in gene expression between the sexes.