This week the spotlight is on Jon Waldren, Press Officer (maternity cover), UCL Institute of Education. 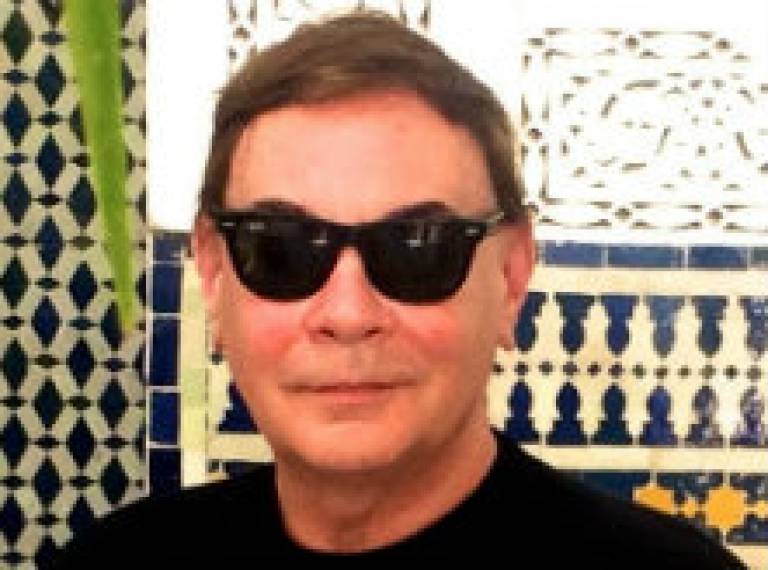 I am the Press Officer for the UCL Institute of Education, which involves promoting educational initiatives across the spectrum from early years to further and higher education. I am in touch with the national, regional and sector press on a daily basis and write press releases and articles that I hope they will pick up. Strangely, it also involves working with media personalities, recently Gillian Anderson, Col. Chris Hadfield and Gareth Bale on one campaign and yesterday I had a phone call from Grayson Perry. So not at all dull at the UCL IOE Press Office!

Almost a year at IOE and since the merger in December with UCL - I am covering maternity leave. Previous roles, how long have I got? Most recently I was Manager of External Relations and Senior Press Officer for the Qualifications and Curriculum Authority, PR Manager for the 14-19 Education Reforms, Communications Manager for New Projects and Manager of Key Stage 2 statutory. For the past five years I have handled the media for JCQ for the release of A levels and GCSEs.

I have also worked for British Airways, Barclays International and New Scotland Yard. I did have a job in a garage in Bagshot for three days where I managed to put petrol into the water tank of VW Beetle. I decided then and there that anything to do with engines probably wasn't my thing, so I was surprised when the BBC offered me a presenter role on Top Gear.

I think the ability to build good teams and contacts. Much of the communications work I have undertaken has required working across organisations. There have been a number of initiatives that I am proud of supporting - the Diplomas, onscreen Key Stage 3 ICT Tests, World Class Tests but most of these have fallen by the wayside. There is too much political interference in education. I have seen millions of pounds wasted when a government or a minister decides to supplant the plans of their predecessor on ideological grounds. I believe we should follow the Americans and celebrate young people's achievements. So let's have a parade for the GCSE and A level results this year rather than carping that they get easier each year when really they don't.

No one thing is top of my to-do list as they all come at once. I am not sure I should have a favourite project as the others will be jealous. However, the Reading Recovery Read Aloud campaign was great. I also believe that it is really important that young children leave primary school equipped with the one life skill they need to succeed. The Centre for Holocaust Education has taught me a great deal I didn't know about an unimaginably terrible event. The Confucius Institute has given me an insight on the possibilities of teaching Chinese to English school children. The list goes on and on - IOE projects are really exciting and challenge conventional thought. I loved working on the Forty Shades of Grey article for International Women's Day!

As I studied art history I think I should also include favourite painters - Duccio because I believe I am looking at the emotions on the faces of people who lived over 800 years ago. Caravaggio because out of the darkness of the Flagellation of Christ comes a brutality that strikes like a blow. Duchamp because he is endlessly contradictory leading to multiple interpretations.

This week I am listening to The Tallest Man in the World, Jamie XX and Brandon Flowers. Next week it will be something different. As for classical music Stravinsky, Satie, Miles Davies, Janis Joplin, Leonard Cohen and, of course, Joni Mitchell.

Recent American novels are excelling in reinterpreting the narrative of the great 19th century novel. I adored The Goldfinch by Donna Tart, Telegraph Avenue by Michael Chabon and anything by Annie Proulx, Jane Smiley and Philipp Meyer. Ultimately, for illuminating the sheer complexity of being a human being, it has to be Proust Remembrance of Things Past as favourite novel. Breakfast at Tiffany's as top film.

I have no sense of humour pre- or post-watershed and there are no really funny jokes that aren't filthy.

Dante (first hand gossip on the Guelphs and Ghibellines), Byron (pre-syphilis - always good to have the mad, bad and dangerous to know), Chanel, Collette, Jackie Kennedy-Onassis (powerful icons with fascinating lives - and in the case of one the chance of 50% discount) and Sigismondo Malatesta (Wolf of Rimini and a very bad man). Not sure how we are going to communicate though.

Now I have reached almost-39 I understand that you can put off the kindness of the surgeon's knife for a little longer than you originally thought. Oh and to respect stairs, they are there for a reason.

I am a 'tractor-head' born on a farm and know rather more about the countryside than I care to admit.

Florence standing outside St. Maria Del Fiore on a warm, clear spring morning with all the bells ringing and no tourists. More frequently, the roof terrace of Harvey Nichols with a several empty bottles of wine and a large bill.