As the longest day of the year - 21 June - fell last week, a collective sigh was almost audible across campus; one of relief from undergraduates now that term is behind them, and one of contemplation from postgraduates and staff bracing themselves for a summer of research and planning. 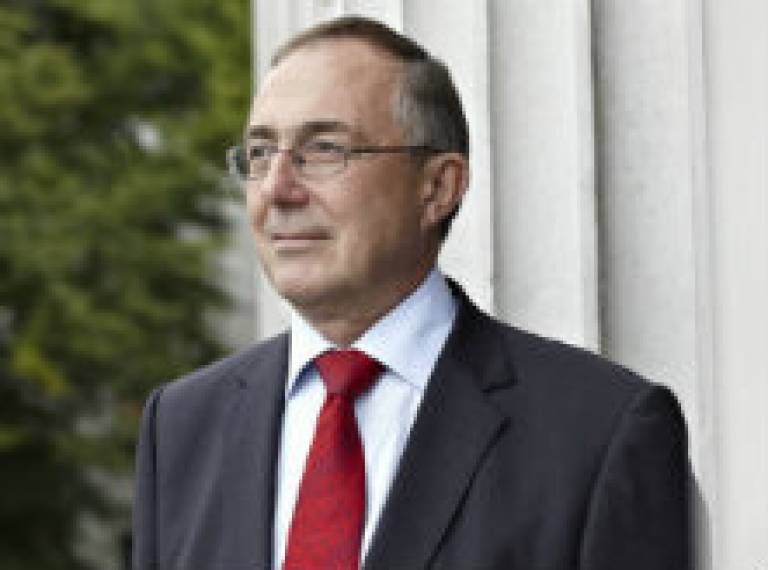 This milestone also prompts me to reflect on the main events and successes of the year. I and others have written before about several very important achievements, such as much improved National Student Survey results last summer, outstanding REF 2014 results, John O'Keefe's Nobel Prize, the go-ahead for the development of UCL East, the merger of UCL with the Institute of Education, the centenary celebrations for the UCL School of Slavonic and East European Studies , and the launch of a new global engagement strategy.

Each of these is something for us to be immensely proud of, but achieving all of them within a single academic year is truly remarkable. My sincere thanks to the very large number of staff who worked exceptionally hard to make all of that happen. It will go down as one of the most formative years of recent times, and perhaps as one of the most notable in our 189-year history.

I would like to focus my last column of the academic year on some selected highlights that have each, in their own way, been genuinely noteworthy, and that demonstrate other aspects of the excellence of UCL.

After exams, all our undergraduates have the opportunity to take part in the global citizenship programme run by Tim Beasley-Murray and his team. The programme is in its third year and is an incredible success.

Students volunteer for the programme, which requires them to work together across disciplines to tackle project work in and associated with the Grand Challenges. It asks students to think about their role and responsibilities as a global citizen, with the intention of preparing them better for our globalised world. The number of students signing up shot up from 140 in 2012 to 450 in 2013, and stands at 850 this year.

I had the pleasure of addressing the opening session, which filled Logan Hall at the UCL-Institute of Education. It was wonderful to observe the diversity of the assembled students and to sense their raw energy and enthusiasm at the start of their two-week cross-disciplinary international journey. I have no doubt that this course will become even more popular over the coming years and I look forward to the time when the vast majority of our students participate actively.

This year UCL was also significantly involved in International Women's Day, with a series of noteworthy events. I was personally involved in two such events.

I played Mukhtar Mai in a reading of the play Seven, organised by Asma Ashraf and Judith Stephenson and directed by Tove Eriksson. It tells the story of seven women who have been exposed to extreme abuse, trauma and personal harm, but who survive and then, in very difficult circumstances, go on to exhibit great personal fortitude and integrity, which lead them to achieve, in their own way, extraordinary things focused on helping humankind. To participate as one of the readers was a very moving experience that helped me to understand in depth what these women had been through, and how much courage and bravery it took to succeed against all the odds.

The grand finale of the week was a lecture given by Elizabeth Blackburn, the 2009 Nobel Laureate in Physiology or Medicine, on telomeres ­- the parts of our cells that affect how they age. It was superb and we now intend this to be a very welcome addition to our series of major annual open lectures. This week of events was UCL at its best, acknowledging and debating the plight of women around the world.

Clearly, there have been difficult times recently with respect to issues that were more focused on women in science. There are some very sensitive and active matters here and I don't intend to play them out in this column, but I also didn't want to ignore them. Importantly, I am happy to report that I have personally been in touch with both Sir Tim Hunt and his wife, Mary Collins, who is obviously a close and very senior colleague at UCL. A process of significant airing of concerns in both directions has already led to some significant reconciliation. I hope this will engender an atmosphere in which we can return to refocusing our efforts on the key issue of ensuring our better performance in gender and racial equality at UCL.

Many of you will be aware that Steve Caddick, our former Vice-Provost (Enterprise), recently left UCL to become Director of Innovations at the Wellcome Trust. Steve leaves behind him a huge string of achievements over his five-year term of office. Foremost amongst these has been the way that Steve embedded enterprise and innovation into the very fabric of UCL, something that turned out to be of major importance for REF, in the form of very high quality impact case statements.

The list of his achievements is long, as illustrated by the following statistics. UCL, including the Institute of Education, reported £167 million of enterprise-related income in 2013-14. Over the same year, UCL Advances provided our students with nearly 59,000 learner hours of entrepreneurial and business support, and supported 72 new student business ventures. At the end of the first financial quarter of 2014-15, the value of UCL's research contracts portfolio with industry stood at £118 million, more than double the 2010-11 figure of £55 million.

In true UCL fashion, I have said goodbye to Steve on several very nice occasions - latterly at the highly successful awards for enterprise evening and thanked him profusely for everything he has done during his time here. He has also been a major player with respect to the formation of the Olympic Park project and he put a huge amount of work into making it happen. He will be sorely missed, but I'm delighted to say that he is still close by and it was with some amusement that I noted that on his first day at the Wellcome Trust he found himself back in the Council Room of UCL for a strategic visit, after just three hours in his new role. Plus ça change….

Finally, I would like to thank you all for all your hard work over the year for UCL. Please do enjoy whatever it is that you focus on during the summer period, whether vacation, time at home with partners and family, more research or perhaps finishing those research articles or monographs. One thing is sure - a new academic year is just around the corner and if it is anything like the last, there will be plenty to keep us all busy and to be proud of.

Update: see a new Provost's View on Women in Science.