A four-year study of 1,414 unvaccinated people across England found that 43% of them had immune cells that protected them from symptoms of both seasonal and pandemic influenza, and reduced their chances of shedding the virus by two thirds. 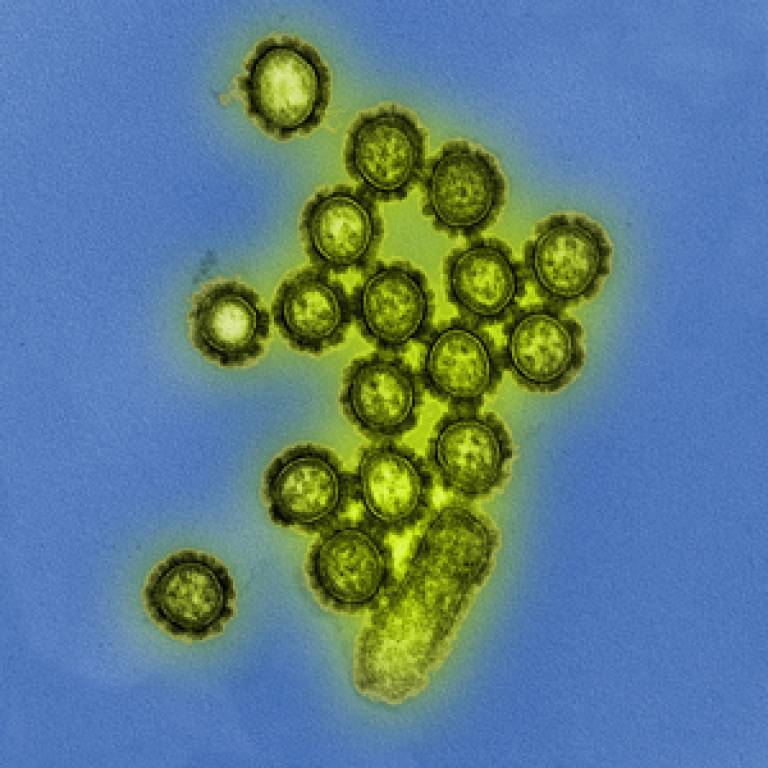 The work led by researchers from UCL, Oxford University and Public Health England was funded by the Medical Research Council and Wellcome Trust.

The research, published in the American Journal of Respiratory and Critical Care Medicine, shows that certain T cells, immune cells that fight infection, can help to control influenza infections by targeting a core structural protein common to all strains of influenza A. Influenza A is the most common type of influenza and is the only type that can cause pandemics

After the 2014 flu vaccine was found to protect against the wrong strain, the new finding offers the possibility of a universal vaccine to reliably reduce the severity and spread of all types of influenza A. The finding also helps to explain why so many people who catch flu never experience symptoms, even in a pandemic.

The study found that certain T cells could target a core part of the influenza virus called the nucleoprotein. All strains of flu A, including those that cross over from animals such as swine flu, have a very similar nucleoprotein structure making them vulnerable to such T cells.

Although a vaccine to boost flu-killing T cell responses would not prevent individuals from becoming infected in the first place, it would help to stop those who were infected getting ill and spreading the virus through coughs and sneezes.

"Current flu vaccines help us make antibodies that target the proteins on the outside of a flu virus. These evolve gradually from year to year and dramatically in the event of a pandemic making it hard for the public health community and vaccine manufacturers to keep up," explains co-lead author Professor Andrew Hayward (UCL Farr Institute of Health Informatics Research). "This was illustrated last year, when the seasonal flu vaccine was much less effective than normal. It's also why we don't have vaccine available at the start of a flu pandemic when it would be most useful. Although a vaccine to boost flu-killing T cell responses would not prevent individuals from becoming infected in the first place, it would help to stop those who were infected getting ill and spreading the virus through coughs and sneezes."

The study used data gathered every autumn through spring from 2006-2010, including the 2009 swine flu epidemic. The results showed that the flu-killing T cells, primed by exposure to flu earlier in life, were effective against both seasonal flu and swine flu, offering cross protection from symptoms and reducing shedding of virus from the nose.