This week the spotlight is on Professor Kate Jones, UCL Centre for Biodiversity and Environment Research, UCL Department of Genetics, Evolution and Environment. 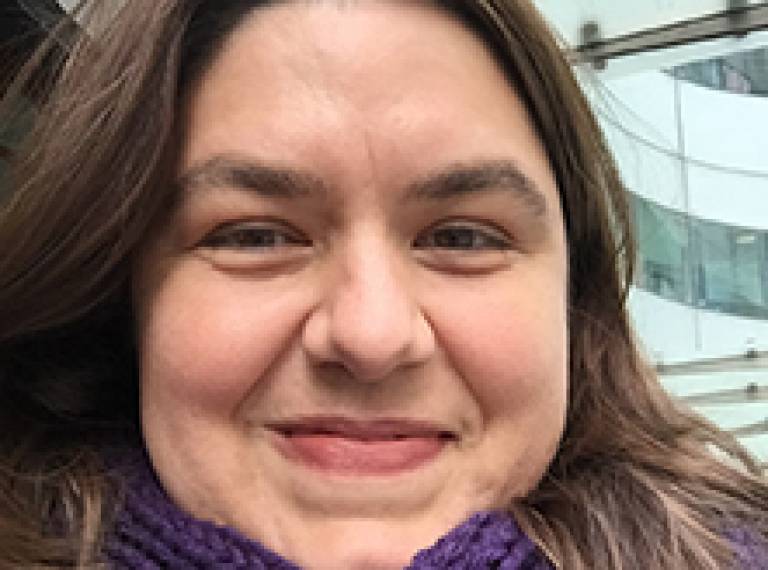 I am a professor of ecology and biodiversity at the UCL Centre for Biodiversity and Environment Research (CBER), and I hold a joint position with the Zoological Society of London. My research involves looking at how biodiversity has changed in the past and how it is currently declining to understand, therefore, how to predict what impact this decline will have on us.

Almost three years, and I was working at the Zoological Society of London before that as a senior research fellow.

Producing the first ever estimate of the evolutionary relationships of all 5,000 mammal species and showing that dinosaurs did not suppress the diversification of mammals (as previously thought). Oh, and making a smartphone app to record bats.

I am trying to predict the impact of losing biodiversity on the emergence of infectious diseases in humans from animals (e.g. Ebola, SARS, HIV/AIDS). While wildlife species do and always have naturally hosted diseases (as we do!), it is our increased contact with wildlife through bushmeat hunting, deforestation and persecution that is driving the jump of these diseases into humans.

Looking ahead, we need more research in understanding how to balance the needs of people and wildlife to minimise the chances of these events occurring in the future.

Film: Indiana Jones and the Raiders of the Lost Ark.

Novel: Pride and Prejudice - Jane Austin (closely followed by Devil's Cub, by the one and only Georgette Heyer).

Ernest Shackleton, Amelia Earhart, Harrison Ford, Nina Simone, Charles Darwin, Ann Boleyn, Richard III (did you really kill those boys?) and Rosalind Franklin. If we had enough pre-dinner cocktails, I'm sure everyone would get on famously.

You can be whoever you want to be. Don't give up that violin. Buy houses early and often (especially in London).

A beautiful bluebell wood in Staffordshire, close to where my parents lived and are now buried.