Research reveals how the human brain might reconstruct past events

When remembering something from our past, we often vividly re-experience the whole episode in which it occurred. 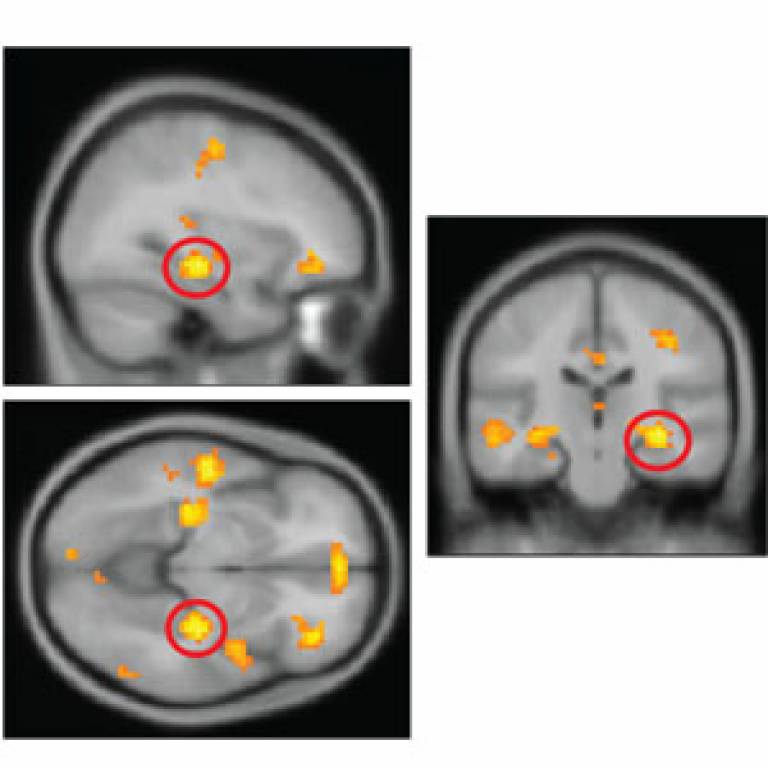 New UCL research funded by the Medical Research Council and Wellcome Trust has now revealed how this might happen in the brain.

The study, published in Nature Communications, shows that when someone tries to remember one aspect of an event, such as who they met yesterday, the representation of the entire event can be reactivated in the brain, including incidental information such as where they were and what they did.

"When we recall a previous life event, we have the ability to re-immerse ourselves in the experience," explains lead author Dr Aidan Horner (UCL Institute of Cognitive Neuroscience & Institute of Neurology). "We remember the room we were in, the music that was playing, the person we were talking to and what they were saying. When we first experience the event, all these distinct aspects are represented in different regions of the brain, yet we are still able to remember them all later on. It is the hippocampus that is critical to this process, associating all these different aspects so that the entire event can be retrieved."

The researchers showed that associations formed between the different aspects of an event allow one aspect to retrieve all the other aspects, a process known as 'pattern completion'. For example, when remembering who we saw, we often remember other details such as what they were holding and where they were. This means that the entire event can be re-experienced in full.

Using fMRI, the researchers showed that different aspects of an imagined event are reflected in activity in different regions of the brain. When asked about one aspect of an event, activity in the hippocampus correlates with reactivation in these regions, including those incidental to the task, and that this reactivation corresponds to the full event coming to mind.

This provides a fundamental insight into our ability to recollect what has happened, and may help to understand how this process can go wrong in conditions such as Alzheimer's disease or post-traumatic stress disorder.

"This work supports a long-standing computational model of how memory might work, in which the hippocampus enables different types of information to be bound together so that they can be imagined as a coherent event when we want to remember what happened," says senior author Professor Neil Burgess. "It provides a fundamental insight into our ability to recollect what has happened, and may help to understand how this process can go wrong in conditions such as Alzheimer's disease or post-traumatic stress disorder."

The experiment involved 26 volunteers, who were asked to imagine and memorise a series of 'events' involving different locations, famous people and objects. They were then asked to remember the details of the event based on a single cue. For example, one trial 'event' involved US President Barack Obama in a kitchen with a hammer. Volunteers were then asked to remember details based on a single cue, such as 'where was Obama?', 'who was in the kitchen?' or 'what object did Obama have?'. When asked to recall different aspects of events, volunteers underwent fMRI scans to measure their brain activity.

The results showed that different parts of the brain showed increased activity when encoding different aspects of each event, and that the hippocampus provides the critical links between them to form a complete memory. Using the previous example, activity increased in one part of the brain when volunteers thought of Obama, another when they thought of the kitchen and another when they thought of the hammer. The study showed that when asked 'where was Obama?' activity increased in the regions corresponding to Obama and Kitchen. Critically, activity also increased in the region corresponding to the hammer, despite no requirement to retrieve this item. This 'reactivation' correlated with hippocampal activity, suggesting the hippocampus is involved in retrieving the entire event.

The research is the first to provide evidence for this pattern completion process in the human hippocampus, and relate this to the everyday experience of recalling previous life events.