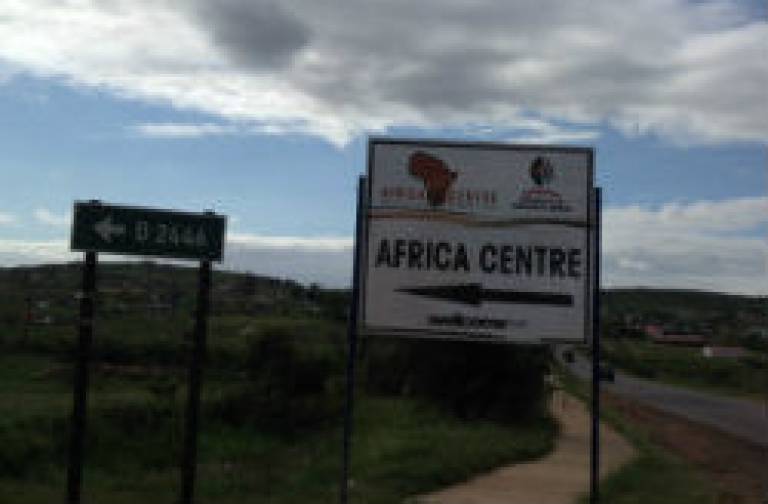 At the first destination, Cape Town, the Provost gave the opening address at a cardiology conference and engaged in one-to-one talks with the Vice Chancellor of the University of Cape Town. The delegation then met up with the Provost, travelling in Durban and Mtubatuba in KwaZuluNatal (KZN) to see the Wellcome Trust Africa Centre, and meet their local partners which included the University of KZN, two affiliated and highly impressive research units, CAPRISA & K-RITH, and the Premier of the province. Finally, we proceeded to Johannesburg for meetings with the Vice Chancellor of Wits University and his senior team - we also met UCL alumni and the British High Commissioner (pictured) at the British Trade Commissioner's house.

Testing the themes of the Global Engagement Strategy in South Africa

I wanted to use the trip to test some of the emerging themes for our new Global Engagement Strategy (GES) on potential international partners, in particular the focus on global impact on inequality, including through supporting independent research capability. I was also keen to get a first-hand impression of the complex stakeholder environment that UCL Professor Deenan Pillay (Director of the Africa Centre) is operating in, of his inspiring ambition to eliminate HIV&AIDS in the demographic surveillance area covered by the Africa Centre and of how UCL joining the Africa Centre's existing set of partnerships could strengthen it. 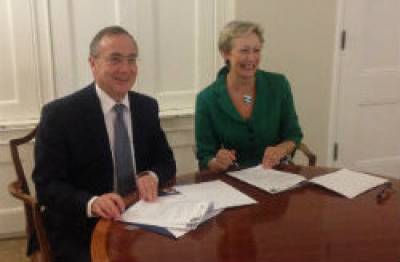 Finally, I wanted to gauge whether, and if so how, it might be possible to bring together the range of UCL's existing collaborations across the 15 countries in the Southern African Development Community (SADC) in a more coherent way, to tell a compelling story about the impact of UCL's engagement in that part of the world. Did you know - Professor Anthony Costello (UCL Pro-Vice-Provost for Africa and the Middle East and Director of the UCL Institute for Global Health) and I didn't, before this trip - that UCL academics have active links in and with all 15 SADC member states? I had in mind, too, feedback from members of our Africa Regional Network, which Professor Costello chairs, that questioned whether South Africa was the right country for a UCL focus in Africa.

It was great to have Professor Judith Breuer, Co-Director of the UCL Division of Infection & Immunity, Dr Chelsea Morroni, Clinical Lecturer in the UCL Institute for Women's Health and the UCL Institute for Global Health who is currently based in Botswana, Professor Deenan Pillay, Professor Anthony Costello and Rebecca Reiner, my Chief of Staff, with us for different parts of the visit. It meant that the Provost and I were able to get an immediate sense of the degree of creative energy and interest at researcher and departmental level in the various proposals for collaboration that cropped up during the trip. I asked Judith what she thought of K-RITH's (Howard Hughes-funded) labs in Durban: I'd sum up her reply as, 'envious'!

UCL 2034 and the Global Engagement Strategy

In all of our meetings, the Provost talked about UCL 2034, our 20-year strategy for UCL, and I outlined how we are consulting on a new Global Engagement Strategy to deliver theme six of the strategy - global impact. I emphasised how partnership will be central to our approach, and to the five 'drivers' we are in the process of developing:

• to prepare our students for global careers and global citizenship

• to co-create wise solutions to global challenges and problems

• to marshal our expertise in interdisciplinary and translational innovation; and

• to grow our global profile to reflect our world-class achievements.

The reactions we got clearly reflected how widely recognised and respected UCL is as a world-leading research powerhouse. We got an especially positive response to two particular aspects of our emerging GES: the concept of 'partnerships of equivalence' ­that is, relationships of mutual respect, trust and benefit; and the sense that UCL is a university that wants to contribute to reducing inequality, including through co-creating wise solutions to global challenges and questions, and through increasing the global pool of independent researchers.

I also explained how important it is for UCL to make sure all of our international activity springs from the 'sea' of our academic creativity and curiosity- or solutions-driven research. 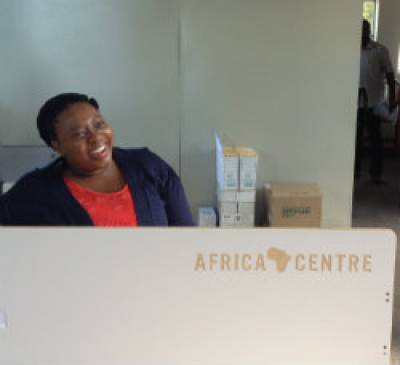 Our proposed commitment to building autonomous research capacity across Southern Africa, and indeed the whole continent, was especially warmly received and reciprocated - by the University of KZN, the Premier of KZN, the fellow HIV research institutes in Durban, Wits, and the British High Commissioner (with whom the Provost signed an Memorandum Of Understanding to co-fund a Chevening/South Africa scholarship).

How the visit influenced our plans for global engagement

The challenge now - in addition to seeking endorsement from UCL's governing bodies for the GES - is to work out how to put these fine words into practices that make a positive impact on the ground, creating opportunities for future education and research collaborations.

The senior team at Wits is going to write to us to summarise the specific suggestions we discussed, including joint doctoral degrees and joint appointments, focused areas for research collaboration, support for expanding the well-regarded Wits Medical School, expanding MBA and MPAs offered to students across the continent of Africa, and shared thinking and experimentation on Open Access and blended learning.

We also discussed a number of existing and new networks of African universities that, at the right moment, UCL might support, and the possibility of working 'trilaterally' with a partner in another SADC country. For me, this was a critical part of the conversation, because it opens up the possibility of UCL having a wider impact across Africa, supporting the mission of UCL's Grand Challenges, for which the continent is a vital focus.

We left Johannesburg at five to midnight on Wednesday evening with a sense of confidence that our emerging approach for a new Global Engagement Strategy would get traction with international partners interested in working with us to achieve global impact on health and other inequalities. 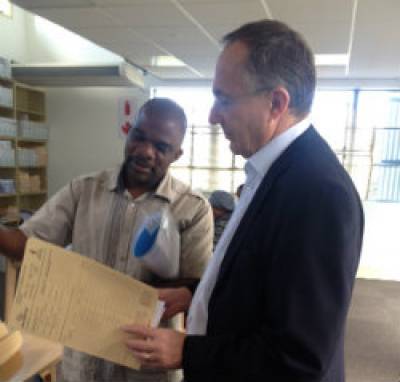 We had been struck by the complexities of working in rural KZN, evidenced both by the Wellcome Trust Africa Centre's fieldwork in Mtubatabu and by complementary research undertaken in the centre's Durban laboratories. Two of the defining characteristics of the 90,000 population covered by the Africa Centre's data surveillance area are an incredibly high prevalence and incidence of HIV/AIDS - an adolescent girl in this area has an 80% risk of becoming infected with HIV during her lifetime - coupled with a very high level of poverty - the district has the second highest 'dependency ratio' (ratio of those too young/old to work to those able to work) of the 52 districts in South Africa. What this says to me is that if the Africa Centre can eliminate HIV/AIDS in this population, it can be done anywhere - and that if UCL is welcomed as a partner in working to achieve this (which the existing partners made clear we would be), it would be both worth doing and consistent with our emerging strategy.

The visit also strengthened our view of Wits as a potentially important partner - the university's senior team has the energy, ambition and openness to the rest of the continent to match ours. However, we first need to make the necessary connections with individual researchers and departments in order to see whether or not the academic value would justify the effort and cost.

While the visit generated many new ideas, it also confounded some previous ones. My tentative hypothesis that we might at some point in the future base a 'partnership officer' - someone who would create and foster local relationships, support and encourage academic collaborations and alumni networks across southern Africa - in the Africa Centre labs in Durban did not survive contact with on-the-ground reality. This was partly because under Professor Pillay's leadership, the team at the Africa Centre is already doing an impressive job of external stakeholder management - evidenced by the extraordinarily high participation rates in the health surveillance longitudinal study, as well as by the explicit feedback to us from partners, including those we expected to be critical of UCL's potential involvement. Another reason was that the laboratory environment, with necessary biohazard level for research on HIV and TB and next-generation gene sequencing capacity, wouldn't be right for the kind of public engagement we are considering for a pilot small overseas office (of the kind several other leading universities have). That said, the visiting team certainly got the impression that there could be real opportunities for UCL collaborations beyond the immunity and infection fields.

In summary, we learned a lot about how our emerging GES would go down in the 'global south' and how it might be put into practice. And we also learned what probably wouldn't work. Saying no will be as important, or more important, than saying yes, in the choices our new strategy will guide us towards.

My first phone call after I got back to London was about UCL Australia. Our new Global Engagement Strategy will help us face some tough choices about our existing international activities too. But with UCL Australia, like the GES, the consultation phase isn't yet complete. Next stop, for the GES, is Academic Board on 25 February, then back to SMT for a 'second reading' and on to Academic Committee, the International Strategy Board and, on 30 March, Council.