Tropical groundwater may prove to be a climate-resilient source of freshwater in the tropics as intense rainfall favours the replenishment of these resources, according to a new study published in Environmental Research Letters. 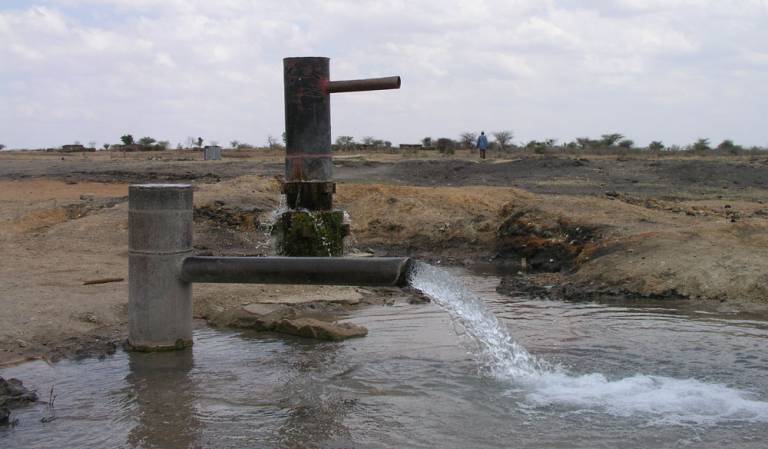 As climate observations show that global warming leads to fewer but more intense rainfalls, a clearer understanding of how these sources are replenished is crucial for developing strategies for groundwater usage that are better adapted to the greater variability in rainfall and river discharge brought about by climate change.

To examine how these resources are replenished, Professor Richard Taylor (UCL) and Dr Scott Jasechko (University of Calgary) assessed the chemical signatures in precipitation and groundwater at 15 sites across the tropics.

By comparing the stable isotopes of oxygen and hydrogen in water molecules from precipitation and groundwater, it was found that groundwater recharge occurs disproportionately from heavy rainfalls. In this instance heavy rainfall was defined as those exceeding the 50th percentile of local rainfall intensity.

Professor Richard Taylor (UCL Geography) said: "Our results suggest that the intense rainfall brought about by global warming strongly favours the renewal of groundwater resources. As over half the world's population is predicted to live in the tropics by 2050, dependence on groundwater as a resource will continue to rise.

"It is important to note that the results simply indicate a tendency towards increased groundwater recharge from extreme rainfall. Other influences on groundwater storage including excessive pumpage, substantial changes in total precipitation, and land-use change can undermine and overwhelm this resilience of groundwater resources in the tropics to climate change."

Groundwater is an invaluable source of freshwater across the tropics, enabling access to safe drinking water and often used for agricultural irrigation. The long-term viability of groundwater resources, and the livelihoods and ecosystems sustained by it, therefore relies on the replenishment of these sources.

Dr Scott Jasechko (University of Calgary) who led the study said: "Groundwater is a life-sustaining resource for many people in the tropics. Future research will explore how the combination of climate change and pumping will impact the availability of groundwater supplies across the tropics."