A new study from UCL and King's College London has revealed that 7.5 per cent of adults in a South London sample could be diagnosed as having an eating disorder. 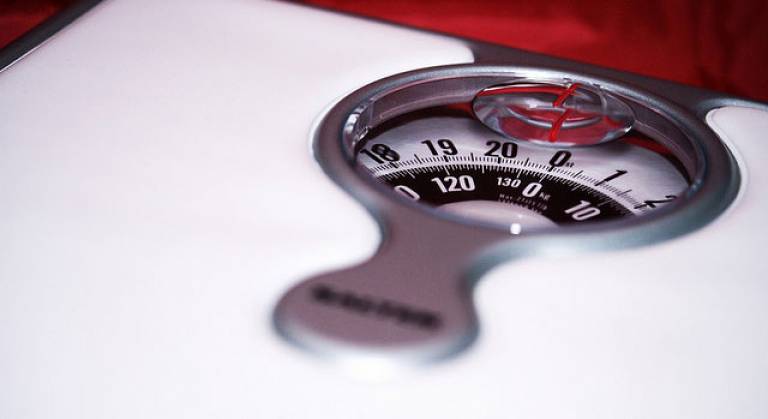 The clinical criteria surrounding eating disorders recently changed with the introduction of the fifth and latest Diagnostic and Statistical Manual (DSM-5), the standard classification of mental disorders used by mental health professionals across the world. This new research, published today in Social Psychiatry & Psychiatric Epidemiology, is one of the first to use the new criteria in a study of eating disorder prevalence in the general population in England.

A total of 1,698 people aged 16-90 were initially screened for eating disorders through the South East London Community Health Study (SELCoH). 145 of these people were followed up to investigate how common eating disorders were and how often they occurred alongside one or more additional mental health disorder (i.e. their 'comorbidity'). Proportional weighting was used to estimate prevalence across the whole sample.

The researchers found that 3.6 per cent of the sample suffered from binge eating disorder, which is higher than the estimated prevalence of anorexia nervosa and bulimia nervosa combined (around 2 per cent).

Binge eating disorder is characterised by frequent episodes of binge eating (i.e. eating large amounts of food in short periods of time experiencing a sense of lack of control over the amount of food eaten and usually followed by a sense of guilt or shame). The study found that this disorder was more common among older adults, compared to other eating disorders, and was more frequently seen in people who were overweight or obese.

They also discovered that 0.6 per cent of the sample suffered from purging disorder, which is currently not considered an eating disorder diagnosis in DSM-5.

Across the whole sample, people with any eating disorder were more likely to report binge drinking, drug use, suicidal thoughts and common mental health disorders, as well as to screen positive for personality disorders and post-traumatic stress disorder. However, the study found that only 15 per cent of participants with an eating disorder had received psychiatric treatment in the previous 12 months.

Dr Francesca Solmi (UCL Psychiatry), said: "It's concerning that such a small proportion of people  in our sample received psychiatric support, given the clear impact eating disorders have on mental health. Previous research suggests that only a minority of individuals with eating disorders are appropriately referred for treatment, which could be explained by several factors. For instance, people with an eating disorder might deny their symptoms or GPs may face difficulties in spotting them, especially in the absence of visible physical symptoms.

"In order to ensure a successful recovery, it is fundamental that eating disorders are detected and treated early."

Professor Janet Treasure from the Institute of Psychiatry, Psychology & Neuroscience at King's College London, said: "Our study suggests that more people could suffer from eating disorders than is commonly thought. Eating disorders other than anorexia nervosa and bulimia nervosa are common and yet it seems that people suffering from them do not reach mental health services.

"It is crucial that health care professionals receive appropriate training so that they can correctly identify and refer people potentially suffering from diagnoses across the whole spectrum of eating disorders."

Dr Nadia Micali (UCL Institute of Child Health), said: "Although our results need to be confirmed and replicated by larger population studies in the UK, they represent an important first step in attempting to estimate the burden of eating disorders in London.

"Larger studies are needed to estimate how many people suffer from eating disorders across the UK and whether they are getting the treatment they need.

"Gauging this share of unmet need is the first step towards planning effective mental health services in the UK."

Lorna Garner, Chief Operating Officer of Beat, the UK's leading charity supporting anyone affected by an eating disorder, said: "Beat welcomes research into the prevalence of eating disorders; painting a clear picture of how eating disorders affect our population is key to our vision of overcoming them. Our costs of eating disorders report published in February 2015 showed that the rate of relapse dropped from 66 per cent to 33 per cent if an individual sought help immediately the signs of an eating disorder are recognised. We must continue to raise awareness of these serious mental illnesses and support healthcare professionals to recognise symptoms, diagnose and refer for treatment in a timely and effective manner."

The SELCoH study is an epidemiological cohort study of randomly selected households within Southwark and Lambeth. The study is funded by the NIHR Maudsley Biomedical Research Centre at South London and Maudsley NHS Foundation Trust (SLaM) and the Institute of Psychiatry, Psychology & Neuroscience (IoPPN) at King's College London.