This week the spotlight is on Professor Jonathan Bell, Director of the Institute of Americas. 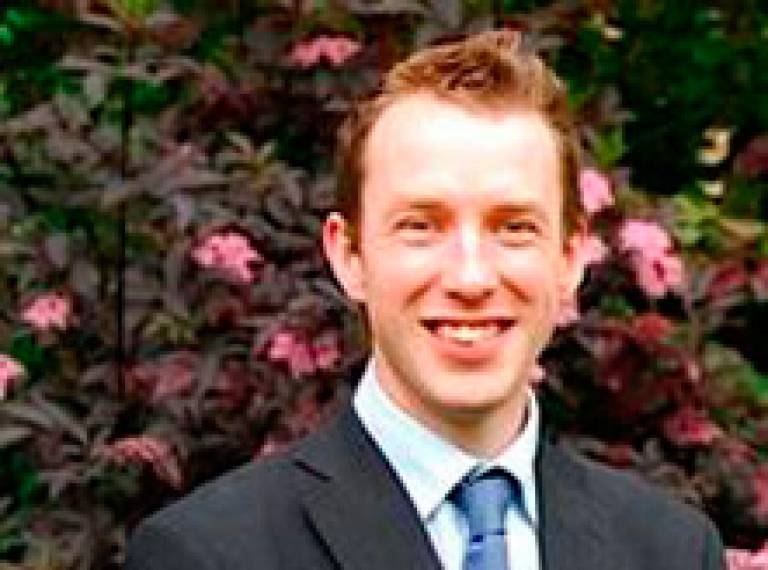 I am Director of the Institute of the Americas, a research institute dedicated to the multidisciplinary study of Latin America, the United States, the Caribbean and Canada.

It acts as a focal point in the UK for students and researchers seeking to develop in-depth regional and continental knowledge of the Americas. As a centre for postgraduate study specialising in the social sciences and modern history of the Americas, it offers several MA and MSc degrees, a suite of undergraduate courses, and is home to a large body of PhD students and post-doctoral fellows.

In addition to managing the strategic direction of the Institute, including its research and its public profile, I am an internationally recognised expert on the political history of the United States, in particular the relationship between party politics, ideology, and social change since World War Two, and I am working on a major research project on US health care politics and sexuality since the 1960s.

I also teach on the MA in US history and politics and contribute to the undergraduate history degree. My main aim over the next few years is to ensure the Institute is viewed as the principal focus for western hemispheric studies in the UK.

I have just been appointed at UCL, though I already serve on the advisory board of the Institute. I have previously served as an external member of an interview panel in the history department and know the historians at UCL well, so I already feel a part of the UCL family.

For the last fourteen years I have worked in the history department at the University of Reading, including four years as head of department.

I am proud that I managed to finish a complex book on California liberal politics from World War Two to the 1970s while also being Head of History at Reading at a very challenging time in the department's and university's development.

My current research project is provisionally entitled Unhealthy Bodies: Health Care and the Rights Revolution since the Sixties. The 'rights revolutions' that followed the tumultuous decade of the Sixties in the United States in the realms of gender, race, and sexuality transformed the social and political landscape of the nation. At the same time, the US health care system was undergoing significant change.

In 1965 the US government established the Medicare and Medicaid programmes to provide health care to the elderly and to certain categories of the poor, dramatically increasing both access to health services and also the ability of state and federal governments to grant or deny access to care based on assessment of need and categorisation of disease.

The private health system, too, was rapidly evolving, with the creation of so-called Health Maintenance Organizations after 1973 to rein in medical expenses and to police the delivery of services to patients, and with the increasing private provider concern with skyrocketing health care costs and the viability of employer-based insurance programmes.

Just as an increasing number of Americans were gaining the political capital to gain medical care - because of public provided care and because of the political legitimacy afforded by civil rights gains including the decriminalisation of same-sex acts and the ending of Jim Crow - health care politics was becoming increasingly contested and politically fraught due to the cost crisis and to the growing centrality of sexual and gender questions to the access debate.

This project aims to unite the two phenomena of rights politics and health care delivery politics to help us understand how the sexual and gender dynamics of medical care in the US shed significant light on the political culture of the nation at a time of significant political change in the era of government and health care retrenchment that began in the seventies and grew considerably in the Reagan era.

The project shows that both state and private conceptions of gender and sexuality impacted upon their ability to provide health care to a diverse population, and demonstrates how a private-public delivery system drastically impacted upon the ability of rights movements to translate basic legal rights into full-blown economic citizenship, a question of vital public importance today on both sides of the Atlantic.

This project also has major implications for our understanding of the gender dynamics of social welfare policy in the US. Since the creation of an American welfare state in the 1930s public policy has defined the 'deserving' to include specific categories of needy predicated on age and gender, with the elderly and women with children specifically targeted. This was initially translated into health policy with the creation of Medicaid, but the development of sexual health politics in the 1970s challenged this conception of women as needy dependents and men as providers in important and often contradictory ways.

Sexual politics paved the way for the emergence not only of a militant 'family'-centric New Right but also a militant rights liberalism increasingly at home with notions of universal health care and queer conceptions of the family and marital rights. We know much about this process in terms of queer activist groups and networks, but not as much about the process through which activist politics reoriented mainstream liberal politics.

Film: From Russia With Love

Novel: The Beautiful Room is Empty by Edmund White

Tragedy on the Cliff, by Eileen Dover.

Edmund White, Grace Jones, Dolly Parton - it would be an interesting evening…

My younger self didn't need any advice from me: I wish I still had the sense of being confident in my understanding of things.

I have a large collection of maps.