Public health messages about e-cigarettes should be based on facts and not prejudice, argues a new editorial from UCL public health experts. 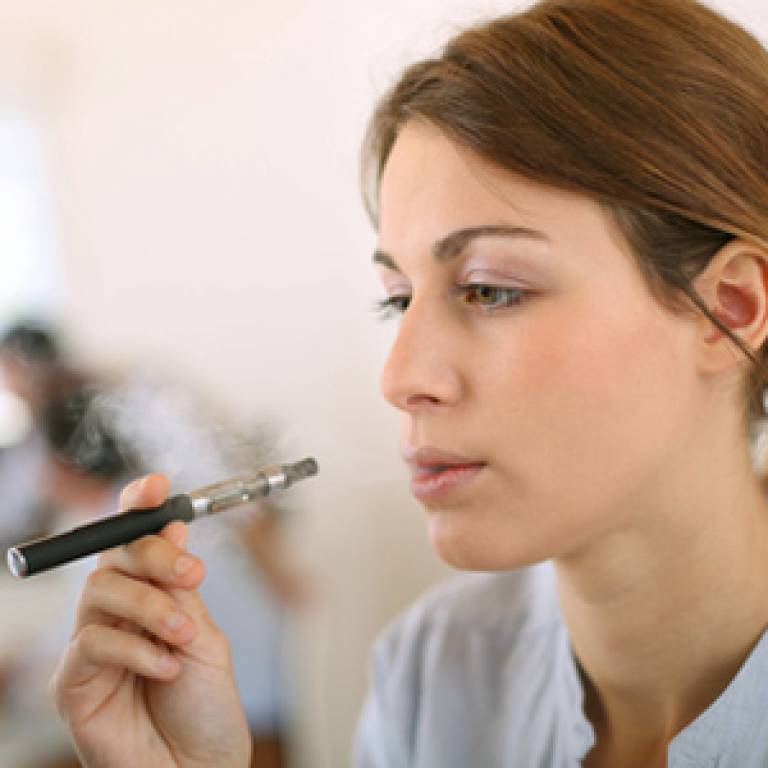 The editorial, published in the British Journal of General Practice, assesses the current evidence on e-cigarettes and highlights ways in which it has been presented. It was written by Professor Robert West and Dr Jamie Brown from UCL's Department of Epidemiology & Public Health.

The authors estimate that for every million smokers who switch from tobacco to e-cigarettes, over 6,000 premature deaths would be prevented each year in the UK, even if people will continue to use e-cigarettes for life and e-cigarettes carry a significant risk of fatal diseases.*

In reality, the toxicology of e-cigarette vapour tested to date indicates that concentrations of harmful substances are generally over twenty times lower than in tobacco smoke. The authors criticise commentaries that suggest we do not know whether e-cigarettes are as harmful as tobacco as 'alarmist' and 'bizarre'.

The editorial also dismisses the idea that e-cigarettes are 're-normalising' smoking, either by increasing smoking rates or slowing the decline. The Smoking Toolkit Study, a monthly survey of smoking among people aged 16+ in England, shows that the introduction of e-cigarettes has been accompanied by an increase in quitting rates and a continued fall in the overall number of smokers.

Another concern cited by some public health advocates is that e-cigarette use might be hindering quitting tobacco. However, the authors argue that this is based on misinterpretation of survey data and that when properly analysed and interpreted, the data suggest the opposite.3

The editorial concludes by suggesting that opposition to e-cigarettes 'may be a concern over how things might turn out in the future given commercial incentives, puritanical ethics, distaste for any industry profiting from a psychoactive drug, inappropriate application of a medical rather than a public health model, or even just a gut feeling that e-cigarettes are bad.'

Professor Robert West says: "I completely understand concerns about potential risks from this phenomenon but it is vital that public health experts separate opinion from evidence and present the latter as objectively as possible.'

Dr Jamie Brown says: "E-cigarettes present both an opportunity and a threat to public health - at the moment there is a sense that some prominent public health scientists are treating is purely as a threat."

*At current smoking prevalence of around 19%, the 9 million smokers will correspond to a long term death toll of 60,000 per year, or about 6,670 premature death per year for every million smokers. Even if e-cigarettes were to carry a significant risk of death, say 1/20th that of cigarettes at the upper end, this would reduce to 330 premature deaths per year for every million smokers saving more than 6,000 lives. This is a conservative estimate, as Professor West explains: "It's very conservative because the main toxins from cigarette smoke are either completely absent or in much lower concentrations than 1/20th."