An early-career researcher at UCL has just been awarded £900,000 for a stem cell study to develop new treatments for dementia. 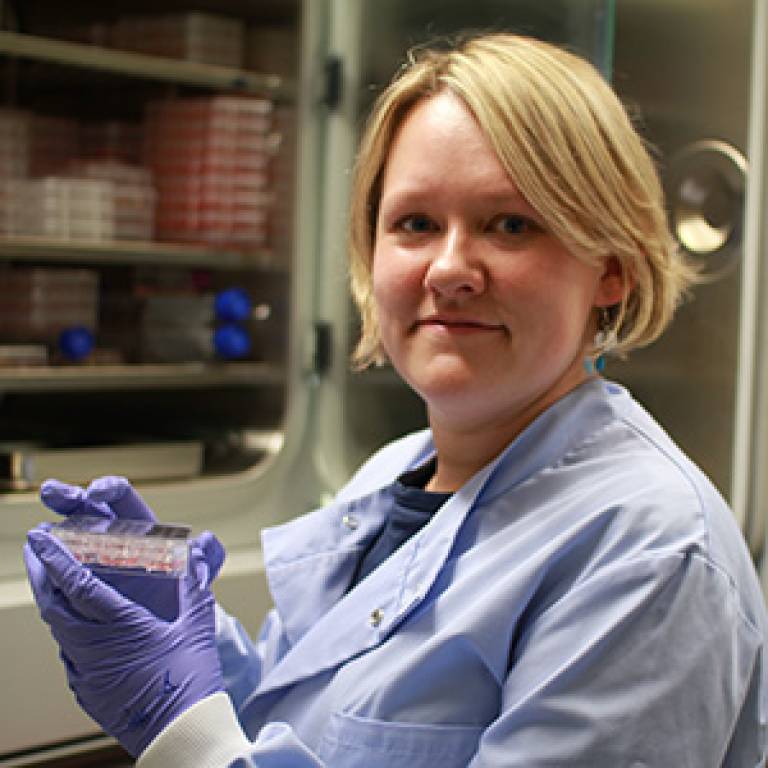 Dr Selina Wray, 32, beat off stiff competition from three other research teams for three years of funding to develop an innovative new way to screen potential new treatments for diseases like Alzheimer's. The announcement comes in a week she is also named Red Magazine's Pioneer of the Year for her contribution to research.

With current dementia treatments only helping with symptoms for a limited time, there is a desperate need for effective new treatments that can slow or stop diseases like Alzheimer's. Last year, scientists were challenged to use the latest stem cell techniques to pioneer a cell model of dementia in the lab to be used for drug screening. The challenge, called CRACK IT UnTangle, is led by the National Centre for the Replacement, Refinement and Reduction of Animals in Research (NC3Rs) and co-sponsored by Alzheimer's Research UK, Lilly and Janssen.

The first phase of the challenge saw four initial teams awarded £100k for six months to see who could develop the most promising way to recreate the build-up of the hallmark dementia protein tau in cells in the laboratory. Three teams re-applied for the full £900k award, with London-based Dr Wray and colleagues at the University of Strathclyde awarded the top prize.

During the first six months of the project the team showed they could effectively transform patient skin cells into nerve cells in the lab which grew connections and communicated with each other. The nerve cells also developed a build-up of tau protein, similar to that seen in the brains of people with Alzheimer's and frontotemporal dementia. The team will now work with Edinburgh-based companies RBiomedical and Roslin Cells to scale up their experiment to improve drug discovery for these devastating diseases.

Dr Selina Wray, said: "While dementia research has been in the shadows for many years, we're starting to see growing efforts to coordinate research towards a cure. One important step in developing effective treatments for dementia is to recreate aspects of diseases that cause it in the laboratory. We're using skin cells taken from people with dementia and turning them into working nerve cells in a dish. Now that we've shown our cells recreate the build-up of tau seen in the brain, we can start to scale this up so it can be used to screen for drugs that could stop tau in its tracks."

Dr Simon Ridley, Head of Research at Alzheimer's Research UK, said: "The tau protein is thought to be a key player in diseases like Alzheimer's and is a promising target for new dementia treatments. To develop drugs with the best chance of success, we must develop robust ways to test them in the lab. This funding recognises the innovation shown by the team in addressing this problem and we hope their solution will make big strides in drug discovery for dementia."

This week Dr Wray was also named Pioneer of the Year in Red Magazine's Women of the Year awards in recognition of the importance of her work and her dedication to exploring innovative new ways to transform the search for new dementia treatments. She was presented the award at a ceremony in London having been chosen by a panel of influential women including Rachel Reeves MP, Kirsty Wark and Philippa Perry.

Dr Wray said: "It's an honour to have been singled out as a female pioneer for my research and highlights just how much dementia is at the forefront of public consciousness. Now with almost a million pounds of new funding to continue my work, I hope to be able to make bigger and faster strides and play my part in the effort the defeat dementia."