The systematic neglect of culture is the single biggest barrier to advancing the highest attainable standard of health worldwide, say the authors of a major new report on culture and health, led by Professor David Napier, a leading medical anthropologist from UCL and published in The Lancet. 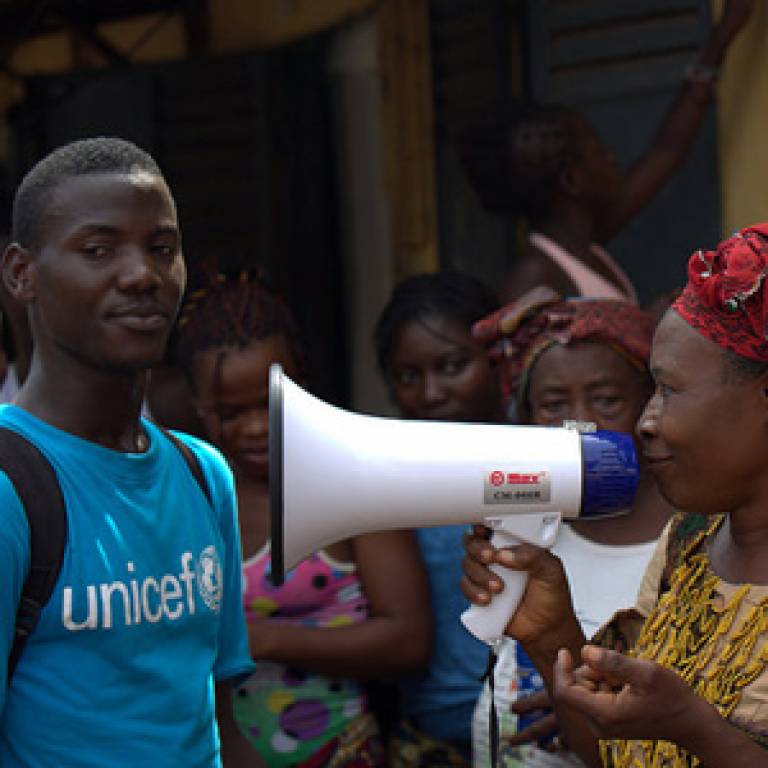 Bringing together experts from many different fields, including anthropologists, social scientists, and medics, the Commission is the first ever detailed appraisal of the role of culture in health. The authors argue that cultures of all kinds - not only people's religious or ethnic identity, but also professional and political cultures - have been sidelined and misunderstood by both medical professionals and society as a whole.

Until now, culture has largely been conceived of as an impediment to health, rather than a central determining feature of it. However, the Commission makes a powerful case to the contrary, showing that culture not only determines health - for example, through its influence on behaviours such as smoking and unhealthy eating - but also defines it through different cultural groups' understandings of what it means to be well.

Culture is often blamed for clinical malpractice, such as in the case of the Francis Inquiry in the UK, where serious malpractice at the Mid Staffordshire NHS Foundation Trust was ultimately attributed to the organisation's culture. But the authors point out that if culture can be responsible for such a serious lapse in standards of care, examining culture more deeply might also hold the key to better practice.

According to Professor Napier, "Biomedical approaches to health and wellbeing have contributed to important reductions in mortality and morbidity worldwide, but they have yet to adjust to the strong effects of culture on health. After all, had cultures of trust been key components of Ebola care in West Africa, the world would almost certainly not now be facing a potential Ebola pandemic. Few patients care about disease indicators such as viral load, blood pressure, or lung capacity in the abstract; it is only when they are connected in a recognisable way to themselves and their life goals that these measurements become significant."

Had cultures of trust been key components of Ebola care in West Africa, the world would almost certainly not now be facing a potential Ebola pandemic.

The systematic neglect and misunderstanding of culture in medicine has led to the development of medical systems where personal contact between patients and caregivers is neglected, say the authors, which together with a proliferation of expensive medical procedures and management cultures has led to unsustainable financial pressures on many countries' health systems.

Condemning the widespread and increasing role of profit making enterprises in health (so-called "public-private partnerships" used by many public health providers, including the UK's NHS), the Commission questions whether such enterprises can ever be compatible with a health system that truly has individual and community health and wellbeing at its heart. Governments, WHO, and the large health mega-charities need to reconsider their views of the effectiveness of such partnerships, say the authors, advocating them only when and where altruism can be safeguarded from hostile profiteering.

"Only if health professionals, researchers, and health managers begin to appreciate the central role of culture in how we perceive and understand health will we begin to be able to move towards a system in which health is as much about caring as it is about curing", says Professor Napier. "Continuing to ignore the effects of culture on health is not an option: not only will we fail to address the biggest health problems faced by the world today, but the resulting waste of public and private resources will continue to cripple health care delivery worldwide."

The Commission calls for better recognition among those who care for the sick of their own cultural assumptions and biases, pointing out that medical professionals cannot understand the importance and pervasiveness of their patients' cultures, if they do not appreciate their own. Such awareness includes acknowledging and, if necessary, challenging the hierarchies and structures inherent in medicine.

"Clinical students and staff need to spend less time reporting to superiors and more time engaging with the ill and understanding their needs," says Professor Napier. "While cultural competency training is offered to doctors in the UK and elsewhere, presenting cultural understanding as an optional 'add on' to regular training could actually undermine the central role that culture plays in improving and maintaining health. Rethinking the role of culture in health is absolutely essential if we are to advance our ability to care for one another, and this will not be achieved by simply sending doctors and nurses on short-term training courses."

Moreover, by neglecting the role of culture in health, there is a risk that positive contributions which could result from a better understanding of other cultures may be lost. While some medical research projects are exploring the potential of traditional remedies in western biomedical models, or how traditional models of caring might be translated to other circumstances, the rapid decline in diversity of cultures across the world means that further contributions of this sort are in danger of being lost forever.

"All possible avenues for understanding and nourishing wellbeing must now become our highest healthcare priority, and be supported by publicly funded research networks," says Professor Napier. "Such funding should be available at the same or greater levels as new biomedical research in order to address the current needs of those who are least empowered and suffer most. Our study of culture and health presents a new opportunity to remodel medicine, and provides concrete possibilities for rethinking human health and wellbeing. Now we just need to act on it."