How glands expand to fight off disease

The same specialised immune cells that patrol the body looking for signs of infection also trigger the expansion of glands called lymph nodes, which are the control centres of our immune system, according to new research from UCL and Cancer Research UK. 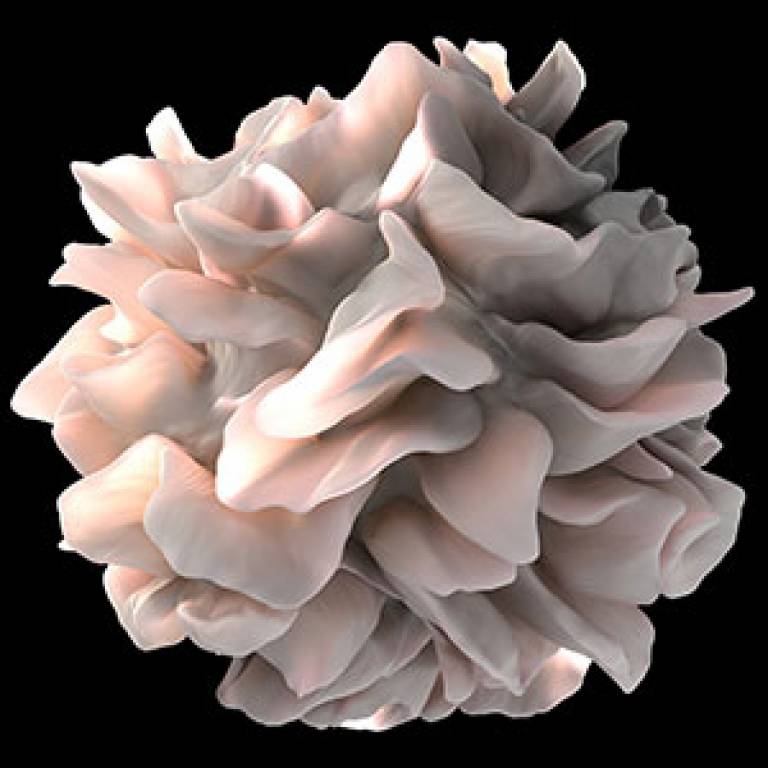 Lymph nodes are small organs located across the whole body which contain immune cells that fight bacteria, viruses and cancer cells. During illness, the lymph nodes expand to allow immune cells to gather ahead of attack, but how this happened was not understood. The scientists say the discovery is an important step in understanding how the immune system could be used to tackle cancer.

The study in mice published in Nature today found that when a particular immune cell called a dendritic cell recognises a threat, it produces a molecule called CLEC-2. This tells the cells deep inside the lymph nodes to stretch out and expand to form a cellular mesh that holds large numbers of disease fighting cells. These dendritic cells are already known to patrol the body searching for threats, calling for reinforcements to tackle them.

Dr Sophie Acton, first author and a Henry Wellcome Postdoctoral Fellow at UCL visiting Dr Reis e Sousa' lab, said: "The more we understand about how the immune system recognises and responds to disease the better we can start to harness it to attack cancer. We need to now see if this is the same mechanism that is used in the immune system's response to cancer and how we can exploit it to fight the disease."

Dr Caetano Reis e Sousa, lead author at Cancer Research UK's London Research Institute, said: "This important research helps us unravel how the immune system works and its role in diseases, such as cancer. We've shown for the first time the dual role of dendritic cells in responding to disease - both recognising that there is a threat in the body but also telling the lymph nodes to stretch out. This expansion of the lymph nodes, the command centres of the immune system, gives more room for immune cells to gather and launch their attack against infections and cancer."

Professor Nic Jones, Cancer Research UK's chief scientist, said: "Research like this is at the heart of Cancer Research UK's new strategy to support work that builds our understanding of the role that the immune system plays in cancer. We're at an incredibly exciting time in piecing this together and the more we learn the more we will have new avenues to exploit the immune system in new treatments."