Amphibians being wiped out by emerging viruses

Scientists tracing the real-time impact of viruses in the wild have found that entire amphibian communities are being killed off by closely related viruses introduced to mountainous areas of northern Spain. 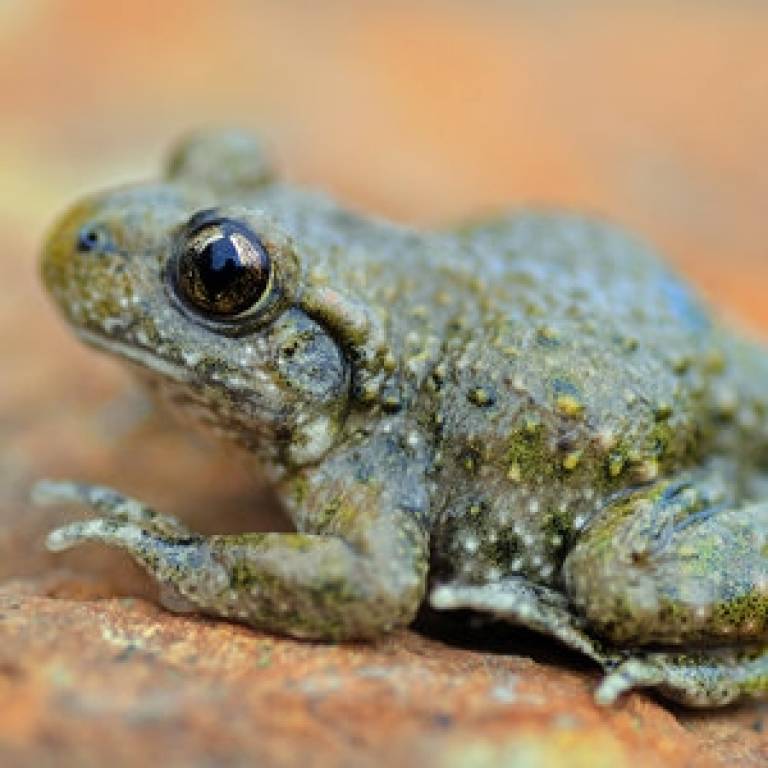 Researchers from UCL, Zoological Society of London (ZSL) and Queen Mary University of London (QMUL) in the UK, and the National Museum of Natural Sciences (MNCN-CSIC) in Madrid, Spain found the viruses are causing severe disease and mass deaths in many amphibian species sampled, including frogs and salamanders. The common midwife toad, common toad and alpine newt were the worst affected, showing levels of population collapse which could ultimately prove catastrophic to amphibian communities and their ecosystems.

The results have wider significance as emerging diseases threaten all animal groups, including humans, where viruses have crossed the species barrier from other animals, for instance Ebola, which jumped from bats and other wild animals to humans. The paper, published today in Current Biology, reports a remarkable breadth of animals being infected including a snake which had been feeding on infected amphibians.

The viruses are part of the Ranavirus group which has previously been shown to only cause declines in the UK's common frog - so this is the first time a member of the group (Common midwife toad virus or CMTV) has been found to affect entire host communities simultaneously.

From annual surveys across 15 locations in Picos de Europa National Park (PNPE) between 2005 and 2012, the team found animals from six amphibian species, of all ages, dead or dying from infection with CMTV. Through genetic analysis the team found all the viruses causing the infections stemmed from a single source with a near identical genome to the sample of CMTV found in the first infected animal in the Park.

One of the main threats to biodiversity is the emergence of infectious diseases that can impact dramatically on entire communities. We've identified a striking example of two viruses that are repeatedly overcoming the species barrier with catastrophic consequences.

In 2010, the team identified amphibian species over 200km away that were suffering with the same symptoms caused by Bosca's newt virus (BNV) which is closely related to CMTV and a member of the Ranavirus group but is not found in PNPE. A third, more distantly related Ranavirus was found to be less virulent than CMTV, killing only the common midwife toad without causing mass-death or population decline.

First author, Dr Stephen Price of the UCL Genetics Institute, who worked across UCL, ZSL and QMUL on the project, said: "One of the main threats to biodiversity is the emergence of infectious diseases that can impact dramatically on entire communities. We've identified a striking example of two viruses that are repeatedly overcoming the species barrier with catastrophic consequences. This presents us with a great opportunity to understand more about the ecology and epidemiology of important multi-host pathogens.

"Indications are that related viruses are beginning to emerge in other locations in Europe and it's important to understand the origins and movement of these viruses to try to limit further amphibian declines."

Lead author, Dr Jaime Bosch of MNCN-CSIC, said: "From genetic analysis of viruses recovered from infected animals in various locations across the park and at different points in time, we think the viruses came from a single source of CMTV introduced at multiple locations across the park beginning sometime before 2005 and possibly via human activities. This shows how easily viruses can spread and thrive, and the huge negative impact they can have on local host communities in a short space of time.

"We believe we have uncovered an important system for increasing the general understanding of what causes viruses to be as effective and severe as they are against a wide range of hosts and it's a system we plan to develop and investigate further."

Other examples of pathogens with the rare capacity to simultaneously exploit a variety of new hosts to a similarly catastrophic degree include West Nile virus (infecting birds, humans, ticks, reptiles and amphibians) and white-nose syndrome in North American bats. The fungus causing white-nose syndrome has led to some six million bat deaths since 2006, with declining numbers of over 90% and the predicted extinction of at least one species of bat. This has left an estimated 1.1 million kg of uneaten insects which are causing crop damage, in turn affecting food supply and prices.