Provost's View: Honouring our commitments on equality and the environment

When drawing up an institutional strategy, it is easy to make commitments about issues such as equality, diversity and environmental sustainability; the challenge is following up rhetoric with meaningful action. 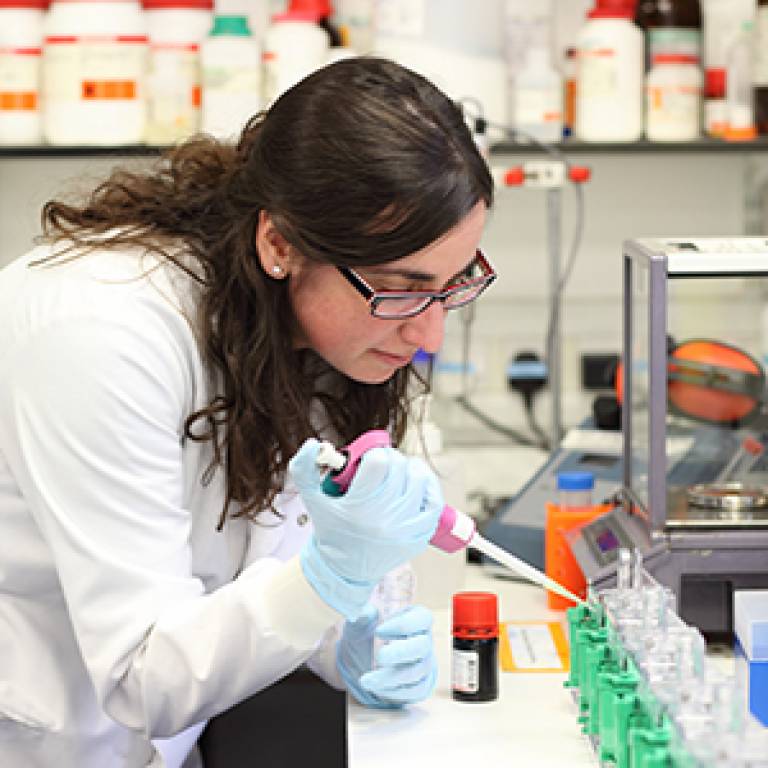 So, it is extremely heartening to able to report on some significant examples of progress.

I would like to give my warmest congratulations to all 10 UCL departments that received an Athena SWAN award in the recent round. Thank you to all those who were involved in putting together the applications and all the hard work that has gone into the process.

Athena SWAN is a charter for women in science, technology, engineering, maths and medicine (STEMM). Our success to date shows UCL's commitment to, and progress in, supporting the advancement of women in STEMM in a way that is meaningful on the ground.

The 10 new awards - five silver and five bronze - represent a huge increase in the number held by UCL departments. We now have a total of 22: 13 silver and nine bronze, with more than 50% of all STEMM departments holding an award. UCL is making fast progress, and in the past two application rounds, UCL made up a quarter of all silver awards given to departments nationally.

This means that UCL can now work towards applying for an institutional silver award. I chair UCL's 50:50 gender equality group and I'm looking forward to leading on that institutional Athena SWAN application.

Athena SWAN is more than just an award scheme or kitemark; it is actually one of the best tools that we have for improving working and studying environments on the ground in academic science.

For UCL to maintain its standing, it is crucial that we continue to recruit and retain the most outstanding scientists, both male and female, and it is only by being a great place to work that we will able to do that.

The recent Big Easter Switch Off challenged staff and students to turn off non-essential appliances, lights and equipment in their departments, divisions and residences over the Easter break.

The campaign was a huge success with more than 450 staff and students from 50 departments and teams across UCL pledging to take part.

The Human Resources Division won the competition to get the largest number of team pledges, with Communications & Marketing, SSEES, Museums and Public Engagement and the CHP Team being highly commended for their efforts.

Most importantly, though, everyone who took part helped to save an impressive 49,916 kWh of energy, which I'm reliably informed is enough to make up to two million cups of tea! If we switched off like this every weekend, UCL could save up to 1,766 tonnes of carbon and upwards of £283,000 in energy bills every year.

As one of the key aims of the UCL Environmental Sustainability Strategy is for us to become a leader across the HE sector in terms of environmental sustainability, the Big Easter Switch Off is the kind of simple change that, more and more, must be built into the way we operate.

Thank you to everyone who took part and to Green UCL for its sterling efforts in running the campaign.

It was my great pleasure to host the Japanese Prime Minister, Mr Shinzo Abe, on 1 May. Mr Abe gave the keynote speech at the Japan: UK Conference 'Collaboration in Research and Education', co-hosted by UCL and the Embassy of Japan in the UK. This was the first time I have hosted a G8 leader and at a personal level, it was quite an experience. I was definitely on my toes for the day!

The conference was the first of its kind and designed to increase education and research collaboration between the UK and Japanese universities. UCL was chosen as co-host for the conference because of our historically strong ties with Japan and the strength of our current collaborations with Japanese institutions.

Mr Abe was particularly interested to see the monument to the Choshu Five in the Japanese Garden (five Japanese alumni from the 1860s - all of whom became significant leaders in government or industry on their return to Japan) and the Japanese print collection in our art museum.

Again, a huge thanks to everyone that made the visit and the day a great success.

This week, we welcome Dame Nicola Brewer as our new Vice-Provost (International).

I am delighted that Dame Nicola has accepted this key post at UCL. She has an outstanding track record both as a senior diplomat and as CEO at the Equality and Human Rights Commission.

I would like to thank Professor Anthony Smith, Vice-Provost (Education), for his great work carrying out the role on an interim basis since the retirement of Professor Michael Worton in September 2013.

Anthony has established some sound foundations from which we can further develop an international strategy that focuses on delivering impact and added value from our activities around the globe, with a particular emphasis on countries from the 'global south'.

Nicola's expertise will be directly suited and critically important to this innovative approach and it is wonderful to welcome another woman into the senior team at UCL.

After such encouraging results in the Athena SWAN awards, I'm delighted to announce that Professor Jane Dacre, director of the UCL Medical School, has been elected as President of the Royal College of Physicians - a very great honour and wonderful recognition of Jane's outstanding contribution to medicine and medical education.

Jane is only the third woman to hold the post in the 400-year history of the college and the second woman from UCL to do so - Dame Carol Black being the first.

Elsewhere, Claire Marx recently took over as President of the Royal College of Surgeons - the first-ever woman to be elected to the role - another truly outstanding achievement and a wonderful role model for all women in surgery..

Both Jane and Claire are graduates from UCL Medical School (in 1980 and 1977 respectively), which I think more than amply demonstrates how a UCL education enables female scientists to flourish. Long may it continue.