Professor David Price, Vice-Provost for Research at UCL, has written an open letter to Paul Dacre, editor of the Daily Mail, to raise concerns about an article commenting on the race and gender of UCL academics appearing on Newsnight. 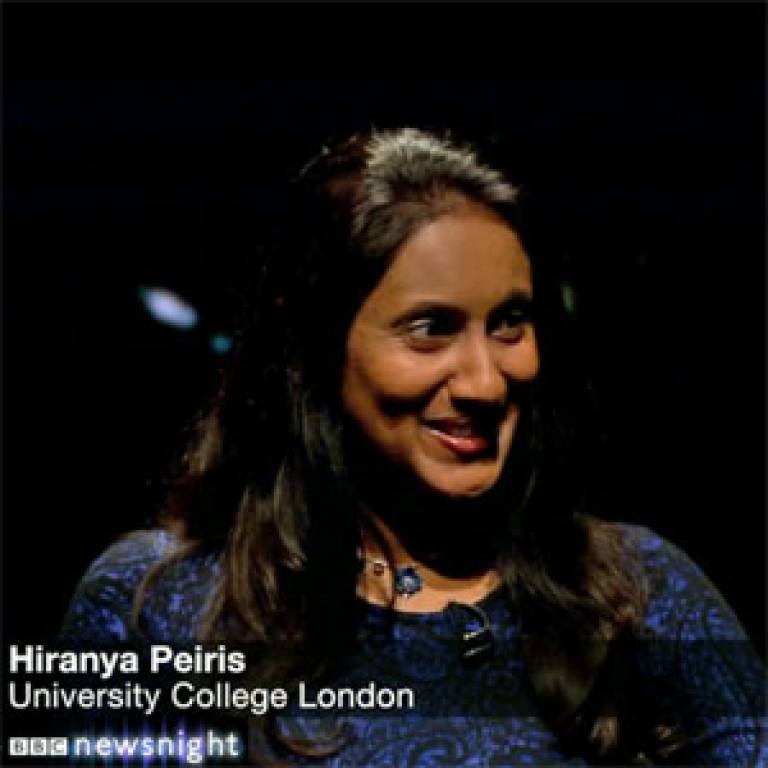 The contents of this letter are reproduced in full below.

I am writing to express my deep disappointment in the insinuation in your newspaper that Dr Hiranya Peiris was selected to discuss the 'Big Bang' breakthrough on Newsnight for anything other than her expertise.

In Ephraim Hardcastle's column on 19th March, he asserts that Dr Peiris and Dr Maggie Aderin-Pocock were selected based on gender and birthplace because 'Newsnight's Guardian-trained editor, Ian Katz, is keen on diversity.'

The implication that anything outside of her academic record qualifies Dr Peiris to discuss the results of the BICEP2 study is profoundly insulting. She is a world-leading expert on the study of the Cosmic Microwave Background, with degrees from Cambridge and Princeton, so is one of the best-placed people in the world to discuss the finding. Dr Aderin-Pocock is a highly-qualified scientist and engineer with an exceptional talent for communicating complex scientific concepts in an accessible way.

I deeply pity the sort of person who can watch a report about ground-breaking news on the origins of the universe and everything in it, and see only the gender and skin colour of the panellists.

Mr Hardcastle also wrongly states that the discovery itself was made by 'white, male American' scientists, when in fact the study was conducted by a diverse group of researchers from around the world. For the record, I have added an attachment setting out the extensive academic credentials of Dr Peiris and Dr Aderin-Pocock.

It is deeply disappointing that you thought it acceptable to print an article drawing attention to the gender and race of scientific experts, suggesting that non-white, non-male scientists are somehow incapable of speaking on the basis of their qualifications and expertise.

I look forward to your reply and would ask that the Mail rectifies the insinuations made about Dr Peiris and Dr Aderin-Pocock at the earliest opportunity.

"I deeply pity the sort of person who can watch a report about ground-breaking news on the origins of the universe and everything in it, and see only the gender and skin colour of the panellists. I am disturbed that he has even erased the contributions of all of the non-white and non-male and non-American scientists involved in the discovery at the same time."

"I find Ephraim Hardcastle's idea very interesting, I now picture the Newsnight team flipping through their rolodex, saying 'too white, too male… ah, 2 ethnic minority females, perfect!'. Monday was a very busy day for me, receiving 10 requests for news interviews, I was able to do Radio 4's PM program, 5 Live, Channel 5 News and Newsnight. I believe that the requests were made for my ability to translate complex ideas into something accessible, rather than my gender or the colour of my skin."

University of Cambridge: MSci in Physics (1998)

UCL: Lecturer in Cosmology and STFC Advanced Fellow in the Astrophysics Group.