This week the spotlight is on Carole Reeves, Senior Lecturer in the UCL Department of Science &amp; Technology Studies. 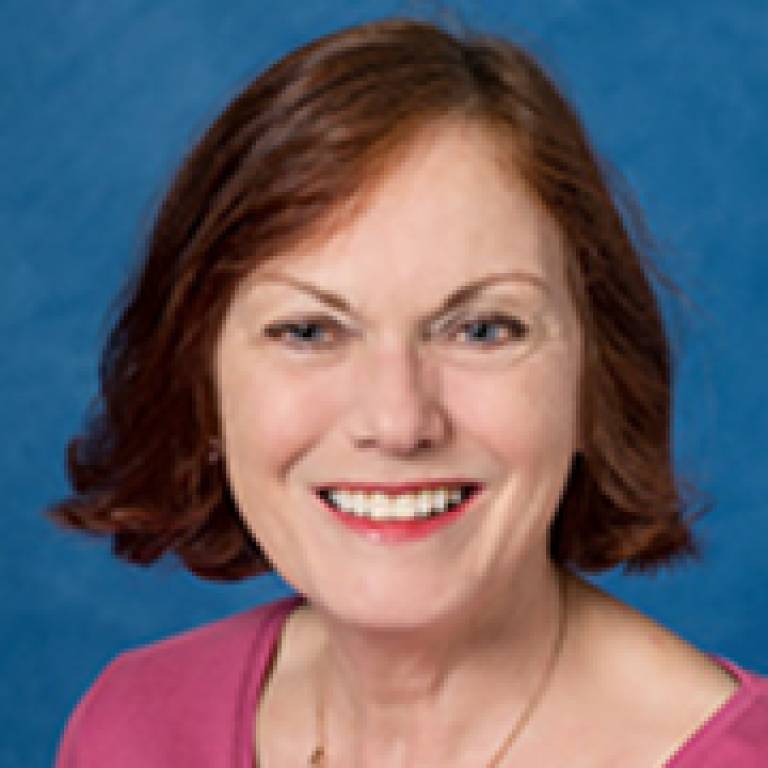 I have only been in STS for six months, so I'm still finding my feet! I currently teach modules in History of Medicine, Science Communication and Human Sciences in Society. I also work with MA Museum Studies students providing academic input into the history of medical and scientific objects.

In addition, I have a full, year-round public engagement programme and collaborate with UCL Museums and other departments in the organisation of public events.

I serve as a trustee of the Bethlem Art and History Collections Trust, work as an advisor/participant on engagement projects at all levels (in which I also involve students) and with radio, film and TV production companies, artists, authors, journalists and government organisations.

I have just returned from a field trip to Budapest with 15 students reading for their IBSc degrees in History of Medicine, and Philosophy, Medicine and Society.

My research focuses on the history of infectious disease, notably tuberculosis.

I have been at UCL since September 2006. I came here to establish a public engagement programme in History of Medicine following a career in the media.

I was a freelance writer/director for over twenty years, creating science and medical programmes in the broadcast and corporate sectors. I researched my PhD part-time whilst working in the film industry (a feat of dogged single-mindedness I wouldn't wish on anyone), and then decided to re-invent myself as a historian.

In the eight years that I have been at UCL, I have noticed an increasing tolerance and acceptance of people whose backgrounds are not conventionally academic, but it can still be problematic.

The Children of Craig-y-nos, a public and oral history of life in a Welsh tuberculosis sanatorium (1922-1959), was begun in November 2006, just two months after I arrived at UCL.

I was contacted by Ann Shaw, an ex-patient and former journalist who started a daily blog to post her own memories and collect those of others. The project collected over 100 oral testimonies and 1,200 photographs from ex-patients who were there as children, teenagers and young adults, as well as staff and relatives.

It was published as a print-on-demand book in 2009, co-authored by Ann and myself (as the project's medical/oral historian), and funded by an award of £5,000 to UCL from the Big Lottery Fund under the Awards for All Wales scheme.

The project has been the subject of newspaper, magazine and journal articles, radio and television programmes, including most recently, a feature on BBC's The One Show.

There has been three photographic exhibitions about the project, including a summer exhibition in 2008 at Swansea Museum. The online version of this exhibition was selected by the All Party Parliamentary Group on Global TB to feature on its home page.

As far as I am aware, The Children of Craig-y-nos remains the only collective account by ex-patients and staff of life inside a sanatorium, although a number of personal testimonies have been published.

The project maintains its high profile and level of activity largely because of continuing interest and involvement of the original participants who arrange reunions, curate the travelling exhibition, speak to local schools and other organisations and host self-help groups to share and confront long-buried memories.

The success of The Children of Craig-y-nos led directly to my involvement in my current project (see below).

I am contributing to a project entitled 'Tuberculomucin - a forgotten treatment for tuberculosis'.

Tuberculomucin (TBm) was developed in the early 20th century by Dr Friedrich Weleminsky (1868-1945), a physician and microbiologist at the German University, Prague. TBm was about to be introduced into the western world in 1938 by a Belgian pharmaceutical company called Sanders when the Second World War began and everything fizzled out.

Weleminsky and his family came to London as Jewish refugees on the eve of war, and brought with them a culture of TBm.

Weleminsky's daughter, Marianne, became a nurse at Prior Place Sanatorium, Surrey, and used her stock of Tuberculomucin to treat desperately ill patients. This was done quite illicitly, without the knowledge or permission of the medical staff.

Marianne's own daughter, Charlotte, caught TB whilst training as doctor at the Royal Free Hospital in the 1950s and was treated successfully with TBm.

Charlotte Jones, who now lives in Wales, became a general practitioner and it was she who first contacted Professor Tim McHugh, Director of the Centre for Clinical Microbiology at UCL, with the suggestion that her grandfather's drug might be produced using modern technology (Weleminsky's first batch of TBm took eight years to culture).

Why do we need new treatments for TB? Tuberculosis is second only to HIV/AIDS as the greatest killer worldwide due to a single infectious agent.

Worryingly, there is also an increase in multi-drug resistant TB (MDR-TB) and even extensively drug-resistant TB (XDR-TB) which means that the bacteria causing some people's disease fails to respond to conventional treatment.

A generous gift from UCL donors John and Ann-Margaret Walton two years ago enabled initial lab work to test the feasibility of producing TBm. Tim McHugh and I jointly supervised a third year Human Sciences student, Jennifer Willis, who successfully produced a model on which TBm could be tested.

At the same time, we began collecting and translating Weleminsky's German papers to contextualise his work within the pre-antibiotic era and to follow his manufacturing process as far as possible.

A recent additional gift from John and Ann-Margaret Walton will further this work and make it possible to explore the mode of action of TBm to assess its viability as an alternative or adjuvant treatment for TB.

In addition, it will enable a visit to Prague to access Weleminsky's papers. Other members of this multi-disciplinary project include Dr Marc Lipman, Senior Clinical Lecturer (Honorary Consultant), Departments of Internal Medicine and Global Health, Infection Immunology & Inflammation; and Dr Stephanie Eichberg, Teaching Fellow in the Department of Science and Technology Studies.

Album - Portrait of Joan Baez (1967) - one of the great folk and protest albums.

Novel - The Lost Girl by D.H. Lawrence (1920). The story of a twenty-something Midlands woman who exchanges working class English drudgery for the Italian variety by running away with a itinerant actor from Naples. Deserves a sequel.

For all the men who think a woman's place is in the kitchen, remember that's where the knives are kept.

To be kinder to those whom you will miss when they are gone.

That I worked as a burlesque dancer to pay my way through college.

Hong Kong - for lots of reasons related to family and friendships, and because Hong Kong and its outlying islands are as varied as they are vibrant.