Invisible light bursts are keeping animals away from power lines

Animals may avoid high voltage power cables because of flashing UV light that is undetectable to humans, scientists say. 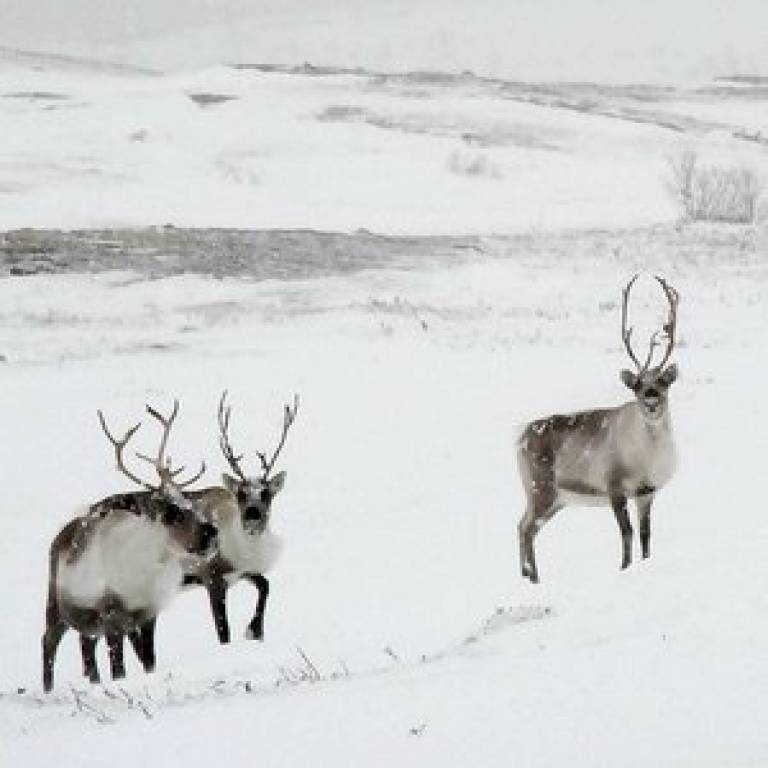 The phenomenon of mammals and birds avoiding high voltage power lines has been recognised for some time but had puzzled scientists because suspended cables are neither a barrier to wildlife nor are regularly associated with humans. Moreover, avoidance may persist for decades after the lines are built.

However a BBSRC-funded team of researchers from University College London (UCL), Moorfields Eye Hospital, London, UIT The Arctic University of Norway and the University of Oslo in Norway, believes that UV light emitted from power cables is a cause.

They detail their findings in a letter published in Conservation Biology.

Power lines give off ultraviolet as irregular flashes at insulators and as a standing corona along the cables. Ultraviolet is invisible to humans but birds and some mammals, including reindeer, are able to see it.

It is thought likely that ultraviolet sensitivity is widespread among mammals, with evidence for this published last month in another BBSRC-funded study by one of the UCL authors.

Avoidance is controversial in Scandinavian countries owing to demands that power lines should be located away from wild and semi-domesticated reindeer - the latter herded by indigenous Saami people who depend on the animals.

Professor Glen Jeffery (UCL Institute of Ophthalmology), said: "Animals avoid man-made structures and, in the case of high voltage power lines, this can be by several kilometres.  This is perplexing because the suspended cables are neither a physical barrier nor are associated with human activity.

"New information about animal vision along with the characteristics of power lines provides strong evidence that the avoidance may be linked with animals' ability to detect ultraviolet flashing on power lines that humans cannot see and which they find frightening."

By choosing to avoid power lines, animals such as reindeer face disruption of migration and substantial loss of grazing land.

This can, in general terms, affect the growth, viability and genetic variability of populations.  For reindeer in particular it influences the well-being of herds and of herders who rely on the animals for their livelihoods, cultural identity and food.

The effect may be more pronounced in snowy areas where the ultraviolet light is reflected and scattered by snow. In dark Arctic winters, the team argues, power lines do not appear to reindeer merely as impassive, grey structures but, rather, as lines of flashing lights stretching across the terrain.