Information overload acts 'to dim the lights' on what we see

Too much visual information causes a phenomenon known as 'load induced blindness', with an effect akin to dimming the lights, reports a new UCL study. 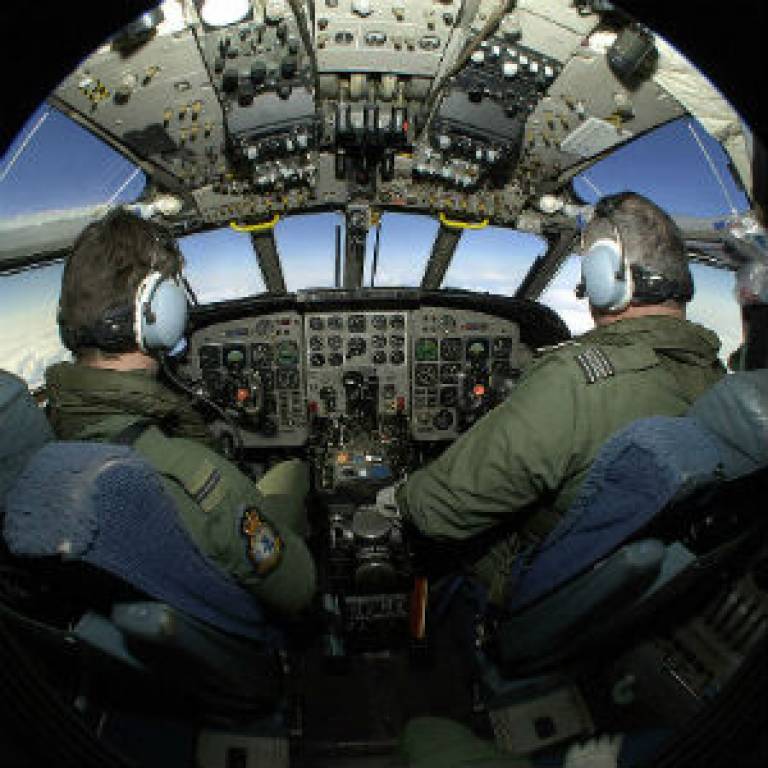 The new findings could be used to identify high-risk situations in all walks of life and look at ways to mitigate times of highest risk. These techniques could be used to understand everyday problems such as why you might bump into a lamppost on a busy street or even to assess the demanding information loads faced by pilots and surgeons.

More than half of all air crashes are down to pilot error, as the overwhelming amount of information faced by pilots makes them more likely to miss things. The research shows that when people have to deal with lots of visual data, their ability to spot critical information is lessened as if light levels of the image they need to detect were significantly lowered.

In the experiment, volunteers completed a sensory memory task that either involved encoding the colour of a single square, 'low load', or both the colours and positions of six different coloured squares, 'high load' over many computerised displays that were rapidly flashed up. In addition, while they encoded the coloured squares, a stripped black and white image appeared in the surrounding area. The striped patches had lines in different orientations, representing the building blocks of shapes. Participants were asked to detect whether the orientation of the lines was rotated clockwise or anticlockwise.

Participants correctly spotted rotations with 95% accuracy during the low load task but only 64% accuracy during the high load task. The contrast of each image was varied throughout the trials, representing a change in the level of light illuminating each image. The results showed that participants required the equivalent of 50% more light contrast on average to spot orientation rotations under high load conditions.

"Spotting the appearance of any critical image in the environment depends on its level of contrast as our neurons are more responsive to stronger contrasts" explains Professor Nilli Lavie (UCL Institute of Cognitive Neurosciene), who led the research. "In high load situations people needed significantly more light contrast to spot rotations with a threshold of 27% contrast, compared with 18% contrast for low load conditions. In other words the neuron responses required more contrast and the image appeared dimmer in the high load. For a pilot, this could make the crucial difference between whether or not they spot that the hand of a dial has moved or a warning light has come on, or see something through the window that was not detected by instruments."

The study involved 14 healthy volunteers with normal vision, each of whom completed 384 trials in total. The effects were consistent across the group, and the images used in the trial were specifically designed to investigate the effects of light contrast.

"What's fascinating is that the relationship between image contrast and people's ability to spot things is shifted in high-load scenarios in a pattern that is the very same as if the image's level of light contrast was turned down," says Professor Lavie. "The neurons' response to light contrast has a very particular function, with highest response at the crucial mid-range zone, and the effect of load followed the same function. This suggests load caused the same effect on the neurons' response as dimming the actual image light contrast."

"We need to identify and understand the most attention-demanding situations that people face so that we can look at ways to address the risks," explains Professor Lavie. "Surgeons are another group who must deal with high levels of information, so it would be useful to evaluate the stages of surgical procedures that are the most vulnerable to information overload. You could then look at installing appropriate preventative measures to mitigate these risks, whether that's changing training, equipment or staff roles."