Your brain's ability to instantly link what you see with what you do is down to a dedicated information 'highway', suggests new UCL-led research. 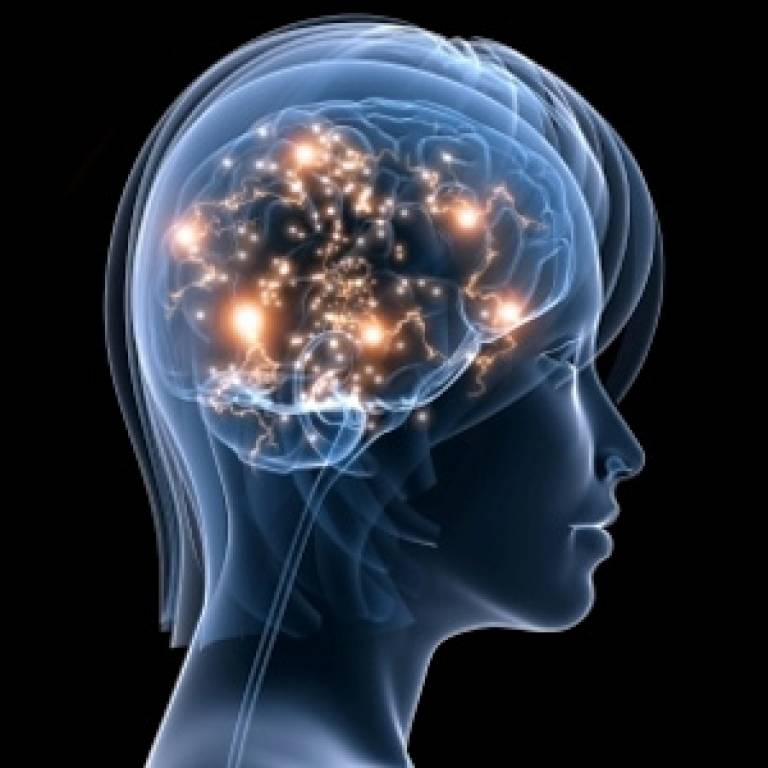 For the first time, researchers from UCL and Cambridge University have found evidence of a specialised mechanism for spatial self-awareness that combines visual cues with body motion.

Standard visual processing is prone to distractions, as it requires us to pay attention to objects of interest and filter out others. The new study has shown that our brains have separate 'hard-wired' systems to visually track our own bodies, even if we are not paying attention to them. In fact, the newly-discovered network triggers reactions even before the conscious brain has time to process them.

The researchers discovered the new mechanism by testing 52 healthy adults in a series of three experiments. In all experiments, participants used robotic arms to control cursors on two-dimensional displays, where cursor motion was directly linked to hand movement. Their eyes were kept fixed on a mark at the centre of the screen, confirmed with eye tracking.

In the first experiment, participants controlled two separate cursors with their left and right hands, both equally close to the centre. The goal was to guide each cursor to a corresponding target at the top of the screen. Occasionally the cursor or target on one side would jump left or right, requiring participants to take corrective action. Each jump was 'cued' with a flash on one side, but this was random so did not always correspond to the side about to change.

Unsurprisingly, people reacted faster to target jumps when their attention was drawn to the 'correct' side by the cue. However, reactions to cursor jumps were fast regardless of cuing, suggesting that a separate mechanism independent of attention is responsible for tracking our own movements.

This [the results] provides strong evidence for a dedicated neural pathway linking motor control to visual information, independently of the standard visual systems that are dependent on attention.

"The first experiment showed us that we react very quickly to changes relating to objects directly under our own control, even when we are not paying attention to them," explains Dr Alexandra Reichenbach (UCL Institute of Cognitive Neuroscience), lead author of the study. "This provides strong evidence for a dedicated neural pathway linking motor control to visual information, independently of the standard visual systems that are dependent on attention."

The second experiment was similar to the first, but also introduced changes in brightness to demonstrate the attention effect on the visual perception system. In the third experiment, participants had to guide one cursor to its target in the presence of up to four dummy targets and cursors, 'distractors', alongside the real ones. In this experiment, responses to cursor jumps were less affected by distractors than responses to target jumps. Reactions to cursor jumps remained vigorous with one or two distractors, but were significantly decreased when there were four.

"These results provide further evidence of a dedicated 'visuomotor binding' mechanism that is less prone to distractions than standard visual processing,' says Dr Reichenbach. "It looks like the specialised system has a higher tolerance for distractions, but in the end it is still affected. Exactly why we evolved a separate mechanism remains to be seen, but the need to react rapidly to different visual cues about ourselves and the environment may have been enough to necessitate a specialised pathway."

The newly-discovered system could explain why some schizophrenia patients feel like their actions are controlled by someone else.

"Schizophrenia often manifests as delusion of control, and a dysfunction in the visuomotor mechanism identified in this study might be a cause for this symptom," explains Dr Reichenbach. "If someone does not automatically link corresponding visual cues with body motion, then they might have the feeling that they are not controlling their movements. We would need further research to confirm this, and it would be fascinating to see how schizophrenia patients perform in these experiments."

These findings could also explain why people with even the most advanced prosthetic limbs can have trouble coordinating movements.

"People often describe their prosthetic limbs as feeling 'other', not a true extension of their body,' says Dr Reichenbach. "Even on the best prosthetic hands, if the observed movement of the fingers is not exactly what you would expect, then it will not feel like you are in direct control. These small details might have a big effect on how people perceive prostheses."