A delegation from Peking University (PKU) visited UCL this week to explore how both institutions can work together more closely in the future. 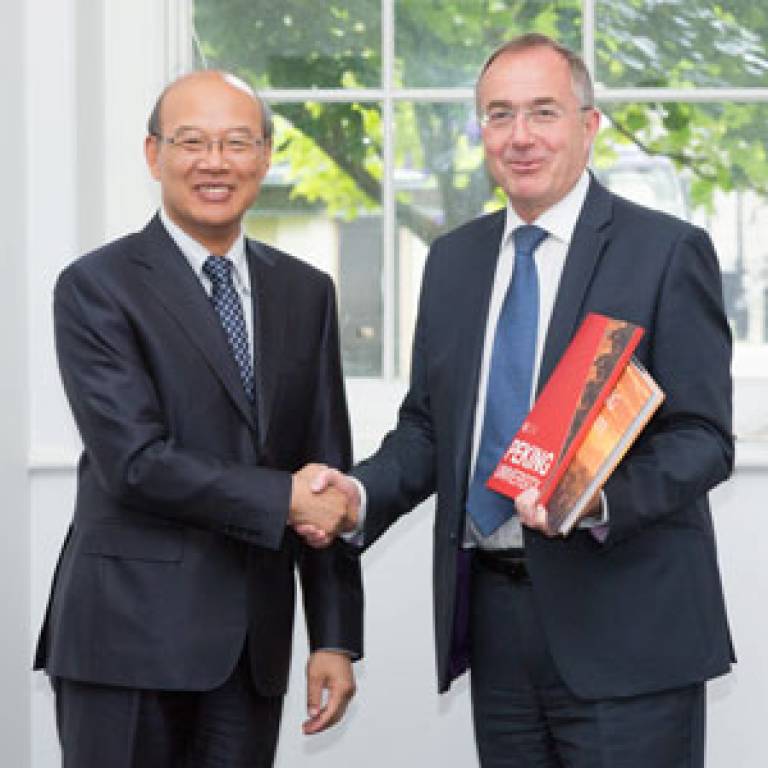 The group from PKU, led by its President Professor Wang Enge, met with UCL academics and senior staff to discuss existing and future collaborations across a range of subjects, including engineering, medicine and the arts.

Provost and President Michael Arthur said: "China is a priority country for UCL. UCL has many active research partnerships with Chinese universities, as well as nearly 2,000 undergraduate and postgraduate Chinese students currently studying with us. So we are delighted to welcome to UCL today such a senior PKU delegation, from a world ranking university with which UCL already has significant connections. I hope this visit will set our research partnerships and student exchange programmes with PKU on a path to go from strength to strength."

President Wang Enge commented: "Peking University cherishes its collaborations with UCL. Thanks to the long lasting friendship between the two universities, the cooperation can be extended across a much wider scale. The Yenching Academy program initiated by PKU is a new platform for this. We welcome more interactions among the students and professors from both universities to bring some real and practical projects to fruition."

Peking University is China's leading academic centre. According to the Times Higher Education (THE) 'Rankings of BRICs and Emerging Economies 2014' Peking ranked at number one. In global terms it is ranked 45 on the THE World University Rankings and 46 on the QS World Rankings.

Founded in 1898, Peking University was originally known as the Imperial University of Peking. It was the first national university in China to cover comprehensive disciplines and has been a leading institution of higher education in China ever since.  In 1912, the university adopted its present name.