Three companies with close links to UCL have triumphed in three different enterprise competitions, winning prizes and acclaim across Europe. 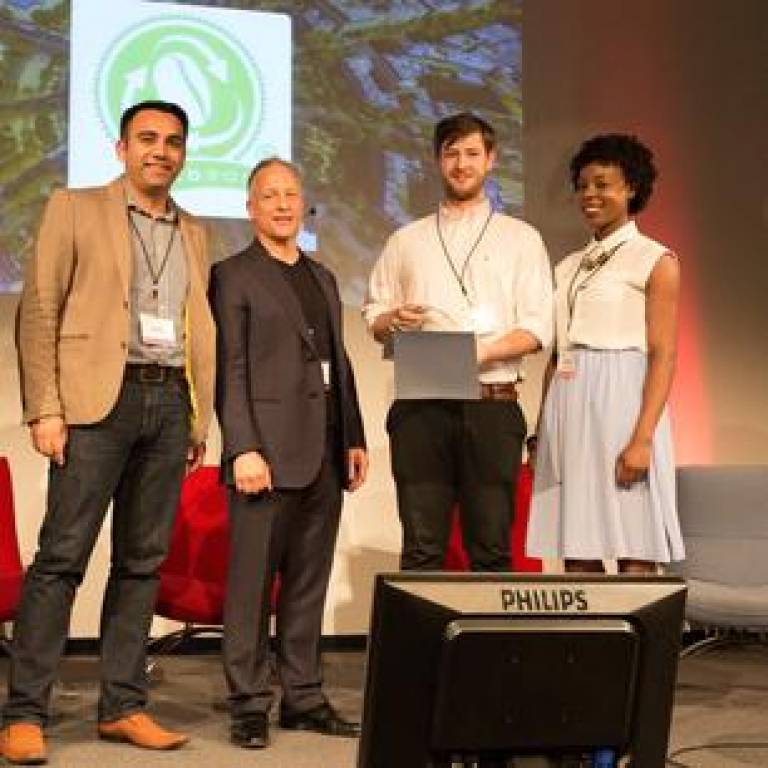 Bio Bean, a winner of a UCL Bright Ideas Award in 2013 - which included seed funding for the business - have been awarded $100,000 in funding to continue at the inauguration of the Class of 2015 programme run by Founder.org. The funding was announced at an event in Paris last week.

The team, which is the only British company to have won an award from Founder.org this year, will also participate in the organisation's 8D Company Building Programme, fast-tracking the team through the challenges of building Bio Bean - which aims to recycle used coffee grounds into fuel - into a larger company.

Also a participant in the competition was We are Pop Up, the community marketplace that connects brands and businesses with short-term retail properties in the UK. The company was founded by two UCL postgraduates, Dr Alastair Moore and Nick Russell.

The company was also honoured earlier last week on Tuesday evening at the inaugural Tech City News International Hall of Fame Awards, where it won the One to Watch award at an event closed by the Secretary of State for Business, Innovation and Skills, Dr Vince Cable MP.

The news of the awards for all three businesses comes in the shadow of the publication of Lord Young's Enterprise for All report, which recommended measures to encourage universities to make courses more relevant to employers, as well as more formal schemes to recognise extra-curricular enterprise activities undertaken by students while studying for a degree.

"The acclaim all three of these businesses have achieved is testament to the strength of UCL's approach in supporting and nurturing entrepreneurial talent wherever we find it - in our student body, among our alumni and in the wider community of small businesses in London.

"All three of these businesses have excellent potential and I am confident that this is just the start of a successful trajectory for all those involved."

Three companies with close links to UCL have triumphed in three different enterprise competitions, winning prizes and acclaim across Europe.