This week the spotlight is on Dr. 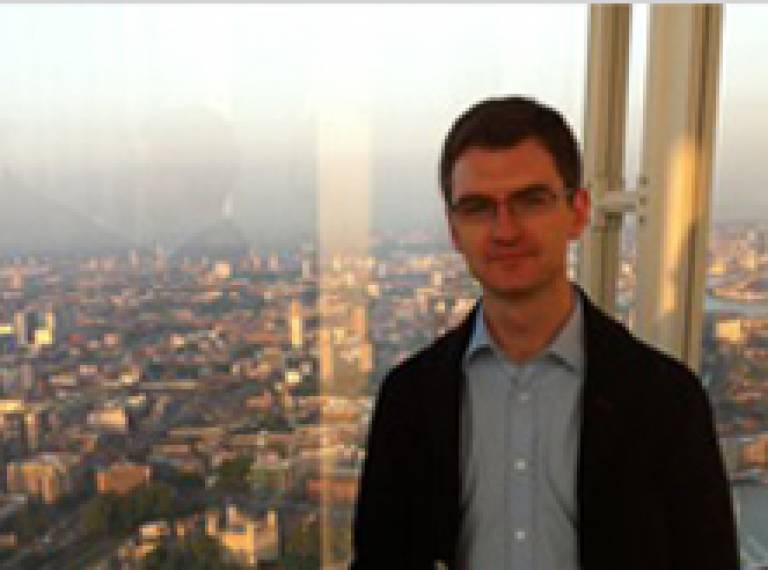 I am a Research Associate funded by CHIRP, and I specialise in British cinema history.

My current research is about early cinemas and cinema-going in London. I also teach a module about film exhibition on the MA in Film Studies through the Centre for Multidisciplinary & Intercultural Inquiry (CMII), and I've done some teaching on the Urban Studies MSc and the BA in English.

I joined UCL in autumn 2012. Before that, I was completing a PhD at the University of Cambridge.

I was really glad to be involved with the UCL Dig Where We Stand initiative last year. The group I was attached to were working with the Cinema Museum on a Heritage Lottery Funded project about memories of cinema-going around Kennington and Elephant and Castle, where there are currently no cinemas. It attracted quite a lot of interest from local residents, and the whole scheme seemed like a positive way of forming links between researchers and people outside of a university setting.

I also enjoyed being part of the Festival of the Arts this year, leading walking tours around some of the old cinema sites in the West End. Maybe I'm just looking for excuses to get away from my desk!

Right now, I am writing up the research I have been doing into the early history of cinema in the West End. The larger project that this comes out, which is still ongoing, involves creating a geo-database of all the cinemas that were operating in London before 1930.

I am also writing a book about the craze for film acting in 1920s Britain, which is based on part of my doctoral research.

Film - There are too many to choose from, but Black Narcissus is a definite contender.

Novel - I'm not sure if it's my favourite, but I read Roberto Bolaño's novel 2666 a few years ago, and it still sticks in my head.

What do you get when you cross a joke with a rhetorical question?

There are a lot of friends I don't get to see as often as I would like, so at the moment they would be my dream dinner guests. And Joan Rivers for the one-liners.

Worry less about what other people think of you.

I once had a job on a film set as Ralph Fiennes's stand-in.

Inside a cinema on a rainy day with a box of popcorn.