The first ever mentorship scheme between UCL and the UCL Academy began on 23 January when undergraduate and postgraduate students met their sixth-form mentees. 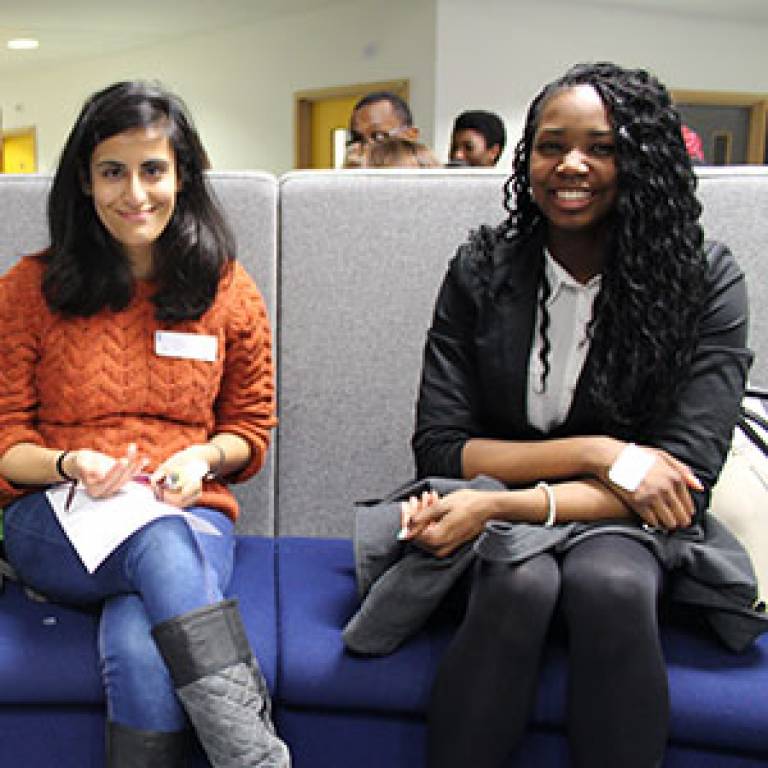 The scheme pairs Academy students with UCL students with similar academic interests for guidance about the social and academic aspects of university life. The mentorship programme consists of an online messaging and resource-sharing session every week as well as a monthly face-to-face meeting.

The online side is enabled by an educational charity, the Brightside Trust, which has been working with schools for ten years. However, this is the first time they have organised a mentoring scheme between one school and one university.

How the day unfolded

At the Academy's purpose-built facilities in Swiss Cottage, UCL mentors were first introduced to the assistant principal of sixth form, Alice Lucas, before becoming acquainted with the two or three students whom they would assist over the academic year.

Ms Lucas informed the mentors that the Academy students would benefit greatly from the "horizontal advice" about universities that comes from peers of a similar age. She also thanked the mentors for volunteering their time and effort.

I'm hoping to get out of the mentor scheme advice for writing a good personal statement and to find out what the social and academic life of an economics undergraduate is like.

In an ice-breaking session that involved Smarties sweets and informal questions, both mentors and mentees were able to get to know each other and seemed excited by the programme's potential.

Anh Le, an economics undergraduate, had her own role model at school and was keen to help out others in the same way. Her mentee, Tom, who was matched with her because he wants to pursue economics at university said, "I'm hoping to get out of the mentor scheme advice for writing a good personal statement and to find out what the social and academic life of an economics undergraduate is like."

Alice, a master's student in cognitive science, joined the mentorship programme because she wanted to help those who didn't have the advantage of private school.

She said, "I came from a disadvantaged school and at university meet lots of private school kids who were pushed into it. I didn't think that was very fair so I want to encourage other people from more diverse backgrounds into university".

Her mentee, Emma, is glad to have someone to guide her through the "daunting" process of university applications.

The mentees were equally enthusiastic when speaking about the UCL Academy, saying it was much bigger than their previous schools and more focused on helping them overcome areas of difficulty.

The UCL Academy, a non-selective Academy School sponsored by UCL, opened its doors in September 2012.