Malnutrition is a major cause of stunted growth in children, but new UCL research on mothers and children in Egypt suggests that the problem is not just about quantity of food but also quality. 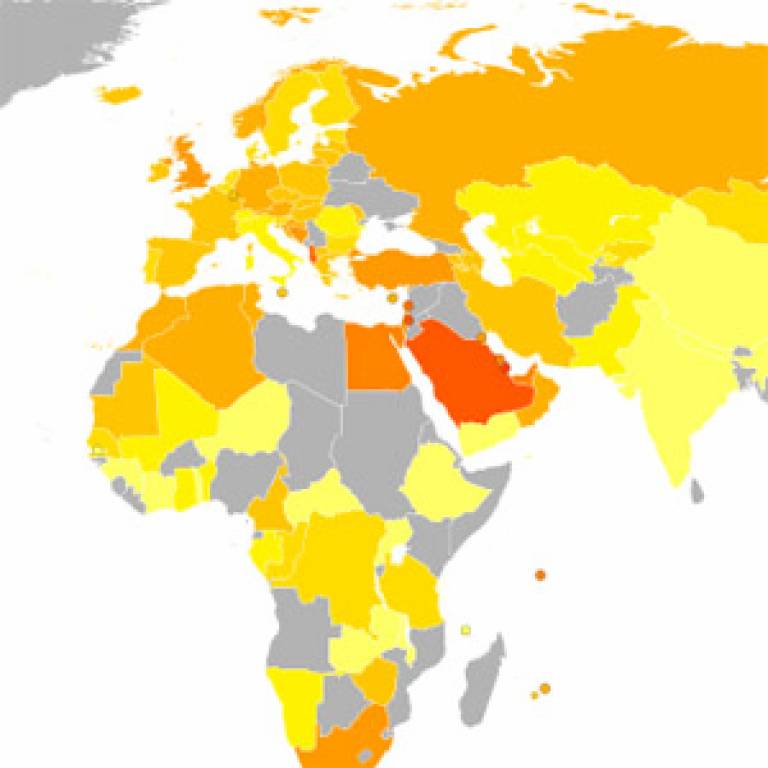 Obesity and malnutrition are often thought of as problems at opposite ends of the nutrition spectrum, but the study found that 6.7% of Egyptian mothers were obese and had stunted children. In these 'double-burden' households with obese mothers and stunted children, malnutrition is unlikely to be down to scarcity of food.

The study, published in the Maternal and Child Health Journal, found that children who were fed chocolate, biscuits or sweets were 51% more likely to belong to a double-burden household, whereas children who were fed fruit and vegetables were 24% less likely to be in this category. Researchers used data including weight and height from 25,065 mothers and their children from the Egyptian Demographic and Health Surveys in 1992, 1995, 2005 and 2008. Information on the food given to children was provided by 5,357 mothers and their children in the 2008 survey.

"Malnutrition is not only a question of not having enough food, it is also about not having good enough food," says Dr Amina Aitsi-Selmi (UCL Epidemiology & Public Health), lead author of the study. "A household diet rich in energy-dense, sugary food and poor in fruit and vegetables is unlikely to provide all the nutrients that children need to grow. I would consider a child fed on nothing but sugary snacks malnourished, even if they are not under-nourished.

Improving the diversity and nutrient contents of the whole household diet could help to address both maternal obesity and child stunting, whereas treating them as separate problems may make things worse.

"Policies should not focus on either reducing the calories consumed by mothers or making sure children get enough calories. Improving the diversity and nutrient contents of the whole household diet could help to address both maternal obesity and child stunting, whereas treating them as separate problems may make things worse."

Obesity is traditionally seen as a problem for rich countries and child stunting a problem for poor countries. However, the sudden availability of cheap, high energy-density foods in middle-income countries such as Egypt has led to high obesity rates.

"Whether there is a biological link between obese mothers and their stunted children from birth is not known, and our study does not address this question," explains Dr Aitsi-Selmi. "We did find that poor quality nutrition is associated with both maternal obesity and child stunting, suggesting that it may be a common factor for both conditions. In Egypt, there is a government subsidy on oil, sugar and bread but not fruit or vegetables, favouring high calories and low micronutrients. There are also cultural preferences for plumpness as a body shape norm, although obesity rates are far higher in Egypt than in surrounding countries with similar cultural norms. People should be encouraged to eat more healthily, and a reform of the subsidy system may be a good place to start."