A court record unearthed in a London archive detailing George Orwell's 1931 conviction for being 'drunk and incapable' confirms his account of the incident, lending foundation to the lore surrounding Orwell's truthfulness as a writer. 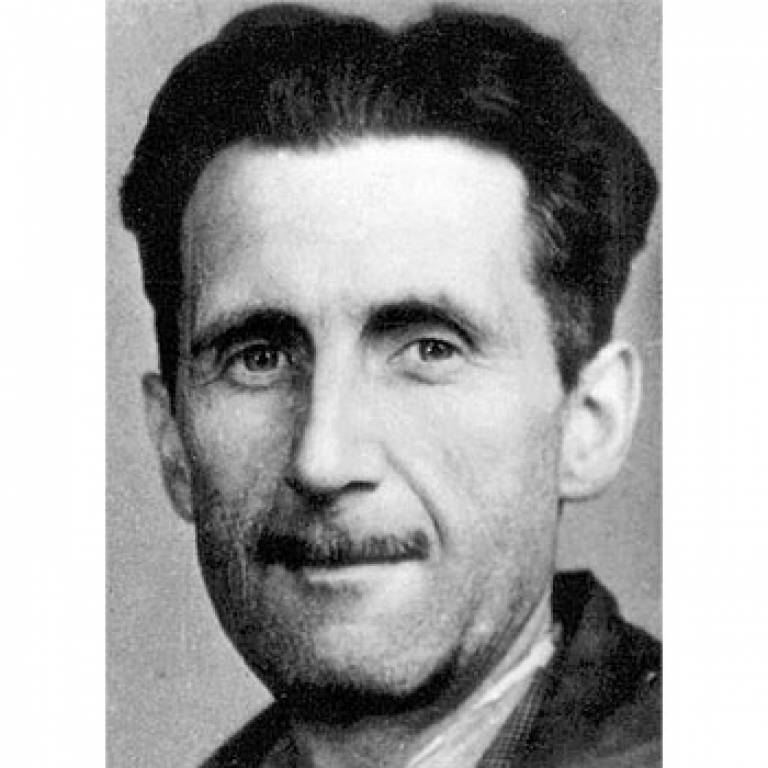 The document, the subject of a UCL paper published today in the journal Notes and Queries, is the first solid external evidence of any of Orwell's 'down and out' experiences and backs up his account of the incident, which he later outlined in the 1932 essay 'Clink'.

On Saturday 19 December 1931, Orwell set out to be arrested, in the hope he might be sent to prison and be able to document the experience. He relates that, after four or five pints and the best part of a bottle of whisky, he was picked up and taken to Bethnal Green police station. On arrest, he gave the pseudonym Edward Burton and told police that he worked as a fish porter at Billingsgate Market and had "gone on the razzle" after a windfall of six shillings. 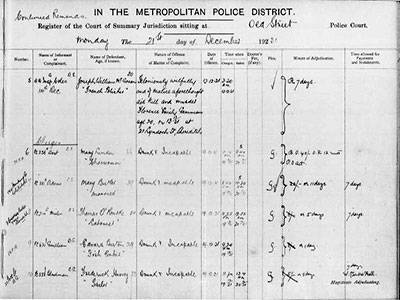 On Monday, he was taken to Old Street Police Court to be seen by a magistrate. Despite saying he was unable to pay the six-shilling fine, his time in custody was seen as enough to spare him further incarceration.

Study author Dr Luke Seaber (UCL English) said:"I felt rather excited when I found the record in the London Metropolitan Archives - everyone dreams of finding something important or overlooked on a dusty shelf. It did seem surprising that no-one had found and written about this record before now, but there's no reference to it anywhere. It was in the logical place, but perhaps everyone presumed it was lost. I set out to try and find it and there it was.

"This documentary evidence allows us to begin to reach some conclusions regarding 'honest George' or 'Saint George' Orwell - a central part of the legend of one of the 20th century's most important and celebrated cultural figures - that are based upon more than just hearsay or gut feeling."

This documentary evidence allows us to begin to reach some conclusions regarding 'honest George' or 'Saint George' Orwell - a central part of the legend of one of the 20th century's most important and celebrated cultural figures - that are based upon more than just hearsay or gut feeling.

The court records corroborate much of the detail given in 'Clink', including Orwell's descriptions of the other prisoners with whom he waited in the Old Street Cells before being called in front of the magistrate. For example, the 'ugly Belgian youth charged with obstructing traffic with a barrow' is clearly number 16 from the court record, Pierre Sussman, aged 20, who pleaded guilty to obstructing Shoreditch High Street with a costerbarrow.

Although Orwell seemingly did not invent material in 'Clink', it does appear possible that he was willing in some instances to combine material gathered at different moments into one account, for example in a conversation he relates between two cellmates, 'Charlie' and 'Snouter'.

Dr Seaber added: "Orwell has become a legend, countless people study him and the issue of his honesty is a central critical question. This document demonstrates that his writing about this experience is as near to 100% accurate reportage as possible - the few minor mistakes seem honest, as they are exactly the sort of thing one might get wrong when listening to people in a cell. So the legend does have foundation, and this document goes some way to confirm it when hard evidence has previously been very hard to come by.

"No document can ever fully answer the question of how reliable an author is in his or her reportage; no records will ever suffice to put an end to the critical debates over whether certain pieces by Orwell should be classified as fact, fiction, or a mixture of the two. However, the record does at least shed some light on these vexed questions, and let us hope there are more such documents out there in the archives."

The research leading to this article has received funding from the People Programme (Marie Curie Actions) of the European Union's Seventh Framework Programme (FP7/2007-2013) under REA Grant Agreement No 298208. Dr Seaber carried the research out while a Marie Curie Research Fellow in UCL English, but now works for the UCL Centre for Languages & International Education.