The outstanding achievements of three UCL scientists have been recognised by The Royal Society, the UK's national Academy of science, in this year's Awards and Prizes announcement. 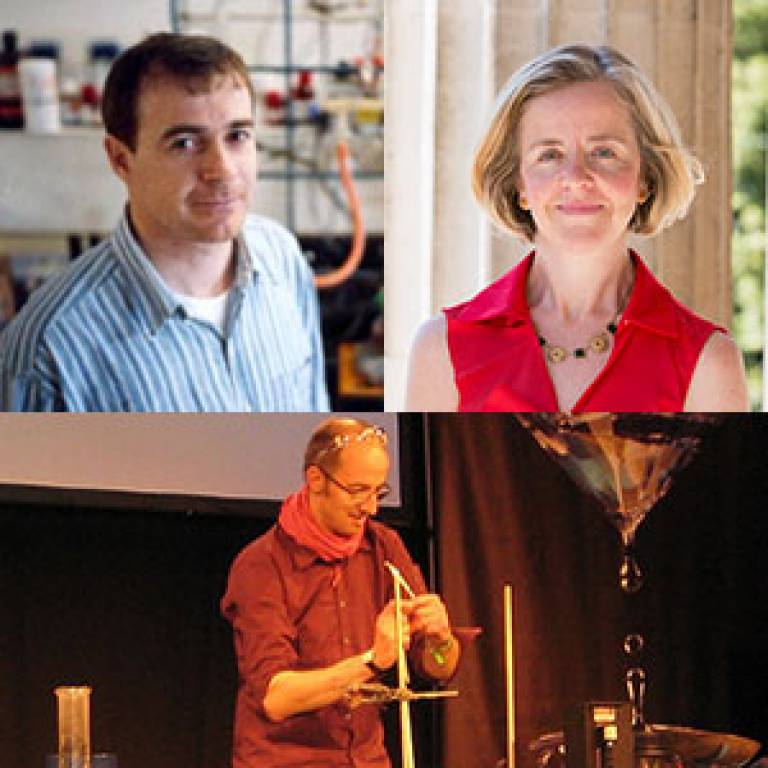 Professor Ivan Parkin (UCL Chemistry) has been awarded the Armourers and Brasiers' Prize for his exceptional work into the development and commercialisation of inorganic-oxide self-cleaning coatings for windows and anti-microbial coatings to combat hospital acquired infections.

Professor Parkin's research focuses on the preparation and characterisation of new materials, particularly aspects of composition and microstructure. His most recent project is a collaborative venture between engineers, physicists, chemists, biomechanics and orthopaedic experts at UCL to create a wearable assistive material that is smart, can be configured for the user and can give any level of support for any area of the body whilst still being able to be worn invisibly under clothes, giving the wearer total freedom of movement.

The Armourers and Brasiers' Prize is awarded for excellence in basic research in functional or structural materials where the research is clearly motivated by use of these materials.

Professor Rachel McKendry (UCL London Centre for Nanotechnology) has won the Rosalind Franklin Award for her scientific achievement, her suitability as a role model and for her exciting proposal to launch a national competition to create mobile phone 'apps' to inspire women to become leaders in science, technology, engineering or mathematics (STEM).

Professor McKendry holds a joint position between the London Centre for Nanotechnology and the Division of Medicine, UCL. Her research lies at the cutting edge of nanotechnology, telecommunication, big data and infectious diseases. Recent breakthroughs span from unravelling the nanomechanical molecular workings of antibiotics against MRSA, to new research towards a mobile phone-connected diagnostic test for HIV and an early warning system for infection outbreaks that links mobile test results to symptoms reported on social media.

Named in honour of biophysicist Rosalind Franklin, the award is given annually to recognise outstanding research excellence and to promote women in STEM. Rachel's plans to launch a national competition will be announced in early 2015.

Professor Andrea Sella (UCL Chemistry) has been awarded the Michael Faraday Prize for his excellent work in science communication.

As Professor of Inorganic Chemistry, Professor Sella's research interests lie with the preparation and study of complexes of the lanthanides. In addition to his research, Professor Sella has been involved in taking science to the public through numerous radio and television productions. He currently contributes to BBC World Service's business series "The Elements" which explores the role elements play in our lives and the economy and writes a monthly 'Classic Kit' column for Chemistry World. Previously, he was a co-curator of the Wellcome Collection's 'Elements' exhibition and an EPSRC senior media fellow.

The Michael Faraday Prize is awarded annually to scientists whose expertise in communicating scientific ideas in lay terms is exemplary. Previous winners have included Professor Brian Cox, Sir David Attenborough and Richard Dawkins. As part of the prize, Professor Sella will deliver the Royal Society's Faraday lecture later in the year.