This week the spotlight is on Dave Carter, a Careers Coach at UCL Careers. 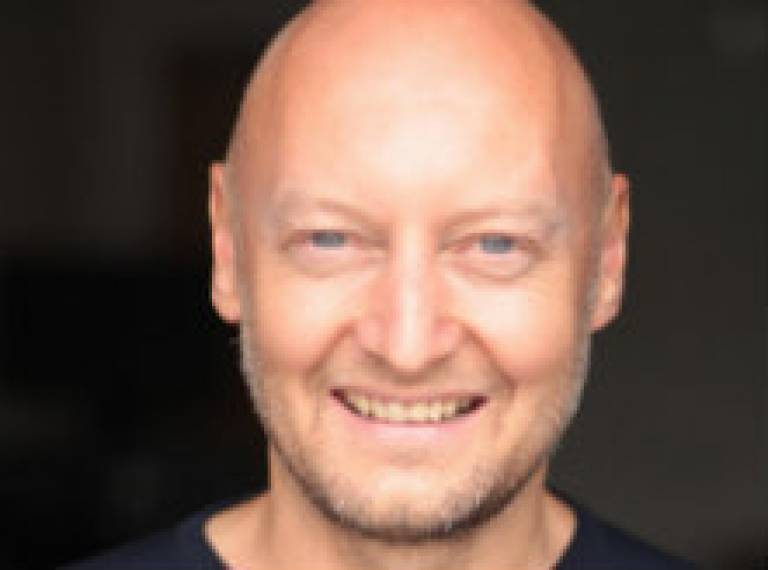 In 2009, as the recession began to bite and the graduate employment market collapsed, UCL Careers set up a team dedicated to providing specific careers provision for recent UCL graduates called UCL Careers GradClub. This provision has since expanded and we currently support around 3000 graduates for a period of two years post-graduation.

In the last year, I've been fortunate enough to train through UCL Organisational Development as an internal staff coach and now have a caseload of academic and professional staff that I coach on issues such as change and performance management, conflict resolution and career progression.

Ten years this week! After graduating from the University of Southampton with a degree in Business Economics, I was a miserable accountant qualifying with a city-based professional services firm. I left soon after to embark on a period of six months of travelling, which rapidly expanded to almost two years as wherever I went, I met people who inspired me to travel to places not on my list. On my return, I took my accountancy background into marketing agencies in London, first in a commercial capacity and then as an account manager working on global accounts such as Nokia, P&G and BBC TV Licensing.

Up to that point, the last 10 years had felt a little like someone who turns up at a train station and gets on the first train, leaving without having a plan for where I wanted to go. Every time I became dissatisfied, rather than taking the time to think about what I wanted out of a career and what jobs might be most suitable, I'd return to the station and jump on the next train out again - a situation I see of with lots of graduates and career changers.

I found my way into careers work after deciding to press the reset button and get some professional careers support, latterly through C2, a careers support service offered by The Careers Group, University of London, where I spoke to Karen Barnard (current Director of UCL Careers). Given I was weighing up the options of both teaching and careers work, she arranged for me to get some shadowing experience at LSE, which was incredibly interesting, and that provided me with a network of contacts I could grill about the realities of careers work in different settings.

I took the plunge and embarked on a qualification in Careers Guidance and midway during the course I applied successfully to The Careers Group, University of London, which eventually placed me at UCL. Karen is now my Director of Service here and I have worked at least part of my working week at UCL ever since, often in tandem with time spent at SOAS, St Mary's University and Birkbeck.

In 2012, UCL Careers decided to pilot GradClub Intensive - a project focusing on students from six undergraduate departments who typically have higher levels of graduate unemployment after six months. Instead of waiting for graduates to seek career support, we carried out a host of outreach work, calling each graduate, understanding their career needs, developing one-to-one coaching relationships and tracking their progress.

In 2013 we had a target of reducing unemployment in these six departments by 20%. The initiative was so successful that all departments reached this target and on average unemployment fell by 58% the following year.

My attention is now focused on devising a strategy for scaling up the GradClub intensive model referred to earlier from six departments to potentially taking in all undergraduate and postgraduate finalists at UCL, which is potentially a huge undertaking.

Ronnie Barker, Bill Clinton and of course Kevin Spacey. I'd order a takeout, get the researchers from The Graham Norton Show to find out what they all have in common, sit back and prepare to be entertained.

Over the years I've learnt that the only person responsible for ensuring that you are fulfilled in what you do is you. I look back on the years when the work I was doing was so patently unsuited to who I was that I wish I'd acted sooner to do something about it.

Having two young children with oodles of energy, we love being outdoors in our 'glamping' tent and take it all over Europe. I'd take a night under canvas than an upmarket hotel every time.

I've been to Nepal three times now and every time it just gets better. Kathmandu is a riot of sight, sounds and smells where you are just as likely to turn a corner and bump into a free-running cow as you are to stumble across a historical pagoda from which you can watch the world go by.

Leave the cities, and the mountains and national parks will leave you breathless. Embarking on a solo 10-day mountain trek in the Anapurna region, for someone who struggles with their own company, was a highlight.