The world's first low-cost Atomic Force Microscope (AFM) has been developed in Beijing by a group of PhD students from UCL using Lego. 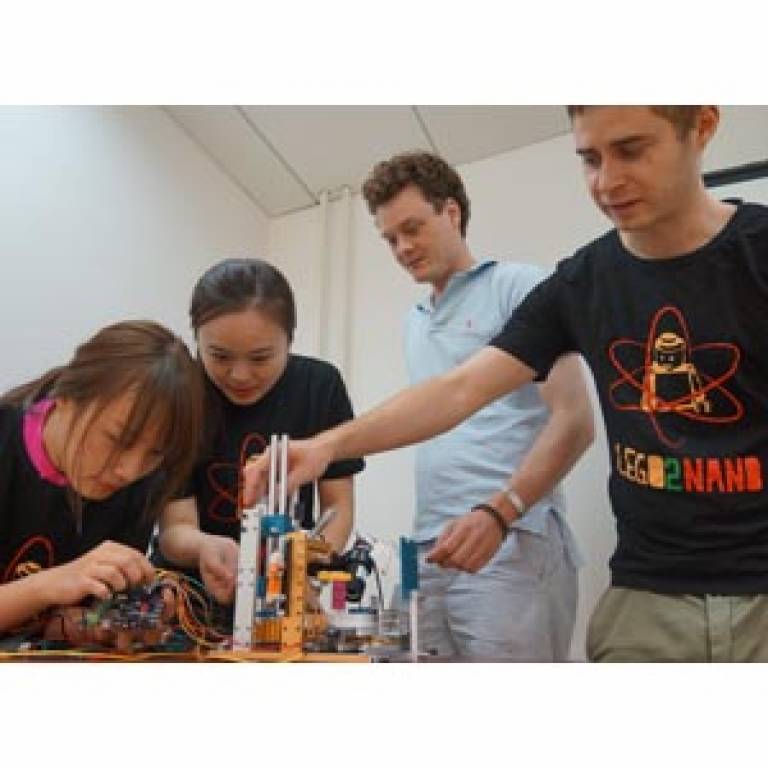 In the first event of its kind, LEGO2NANO brought together students, experienced makers and scientists to take on the challenge of building a cheap and effective AFM, a device capable of seeing objects only a millionth of a millimeter in size - far smaller than anything an optical microscope can observe.

The design brief for the student teams was to build a functional nanoscope, using only LEGO, 3D-printed parts and consumer electronics. The event was co-sponsored by the LEGO Foundation and involved active participation by Chinese high-school students, as potential users of such low-cost science tools.

Professor Xiao Guo (UCL Pro-Provost, China) said: "It's impressive to see the UCL students working closely with their Chinese counterparts. The event was not only interdisciplinary, but it also crossed the boundary between science and making."

The UCL team took just five days to demonstrate the scanning functionality of their AFM, earning them the award for Best Technical Design.

The teams involved in the event will now return to their universities with the goal of continuing their AFM developments and improving the nanoscale resolution of their designs.

Professor Gabriel Aeppli, director of the London Centre for Nanotechnology at UCL, said: "Low-cost scientific instrumentation is not just useful in high schools, it can be a huge enabler for hospitals and clinics in developing countries. That's why novel initiatives like LEGO2NANO are so important."

Research-grade AFMs typically cost more than £60,000 or more and use custom hardware; however, the newly designed low-cost version could cost about £300 to produce, making them far more affordable and accessible.