Education protects women from the obesity associated with urban living

Research into the rise in obesity associated with the burgeoning industrial and service sectors in low- and middle-income countries found that education is a key factor in reducing the negative impact on women's health. 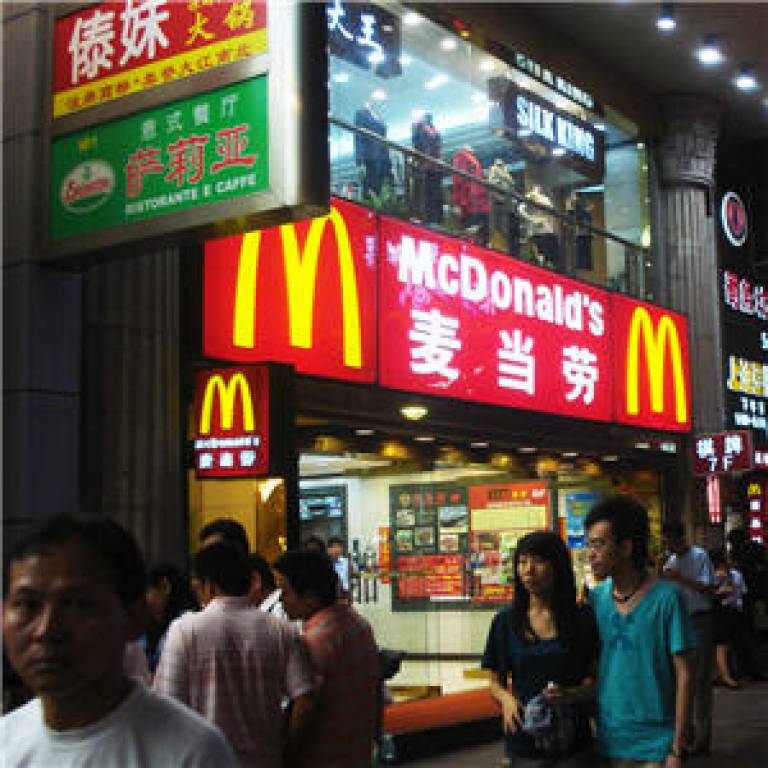 The study, conducted by researchers at UCL and published in the journal BMC Public Health, found that women with no formal education who were working in sedentary occupations were twice as likely to be 'centrally obese' - defined by measuring waist circumference - compared to women with no education working in agriculture.

The study looked at a sample of 2,465 women aged 60+ years who participated in the Chinese Four Provinces study funded by Alzheimer's Research UK and conducted by Dr Ruoling Chen while based at UCL.

More research is required in order to explain our findings but it appears that education may provide cognitive skills that help people make better decisions about their health.

"China, like a number of other emerging economies, is undergoing a rapid economic transition with many people moving from agricultural to manual and service-based jobs in cities," says Dr Amina Aitsi-Selmi, the lead author of the study and a Wellcome Trust fellow at UCL.

"Millions of women leave their families of origin for the city to improve their living conditions and life prospects," she continues. "In parallel, Chinese markets are opening up to new consumer products and lifestyles which result in changes in diets and patterns of physical activity. As a result, the risk of obesity is increasing quickly in the Chinese population reflecting the impact of the growing obesity epidemic worldwide."

The data used in the study were nationally representative of the Chinese population and recorded detailed demographic, social and health information from all participants. This included the measurement of waist circumference which was used as a sensitive marker of central obesity and is known to be associated with the risk of diabetes and heart disease.

The study asked whether educated women had lower levels of obesity than their uneducated counterparts when they made a move from agricultural to non-agricultural jobs. The study also allowed for the impact of health behaviours including dietary patterns, smoking and alcohol consumption which are all known to affect obesity risk.

"We are only beginning to examine the effect of the wider determinants of obesity, like education and employment, on women in low- and middle-income countries," says Dr Aitsi-Selmi. "Unlike high income countries where obesity tends to concentrate in poor women with low levels of education, obesity varies in its pattern depending on which social determinant we look at. This is important because it means we can target interventions to the right groups and it may give us clues as to the mechanisms behind obesity in emerging economies where the food and economic environment is historically unique.

"More research is required in order to explain our findings but it appears that education may provide cognitive skills that help people make better decisions about their health," concludes Dr Aitsi-Selmi. "Our study suggests that investing in women's education may offer a solution by empowering individuals to look after their health. However, it is not a substitute for good public health systems and the regulation of commercial activity like marketing that puts pressure on individuals to consume unhealthy products and take unnecessary risks with their health."

Image caption: Fast-food restaurant in China from IvanWalsh.com on Flickr