Another Way of Seeing: contemporary art responds to astronomy

An exhibition of installations made in response to planetary science goes on display today at UCL. 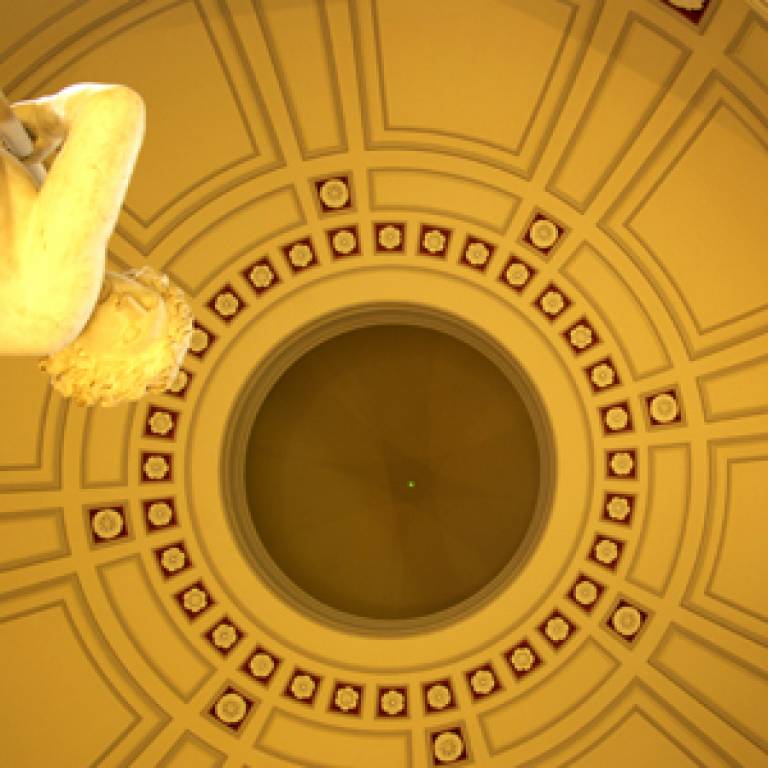 Exoplanets, all-sky surveys, the aurora borealis and the search for extra-terrestrial life are just some of the themes that are represented in the installations made by seven contemporary artists.

The exhibition has been timed to coincide with the European Planetary Science Congress 2013 which is the largest annual gathering of planetary scientists in the world and is being held at UCL this year.

One piece, entitled 'Goldilocks Zone' explores research into the discovery of planets outside our solar system. Although over 1000 so-called 'exoplanets' have now been discovered, only a small fraction of those are at a temperature that might support life.

Through an installation that recreates the three bowls of porridge in the story Goldilocks, the artist Andy Charalambous explores how some planets are 'too hot, some 'too cold' while others are 'just right'.

Charalamabous, UCL artist in residence and the curator of the exhibition said: "Science provides us with an ever increasing understanding of the world around us. This is source of interest an excitement to many, including artists who over the centuries have been inspired to produce work as a response to the discoveries of their time."

"What we are hoping for is that the installations provoke discussion, or even disagreement, between the artists, scientists and attendees of the exhibition."

The work is spread throughout the public areas of UCL's campus in the north lodge, north observatory, north and south cloisters, the octagon and the portico.

The exhibition runs from 9-30 September and is open from 10 am till 6pm on weekdays.