The introduction of farming into Western Europe 7,500 years ago led to dramatic population collapse on a similar scale to the Black Death, according to researchers at UCL. 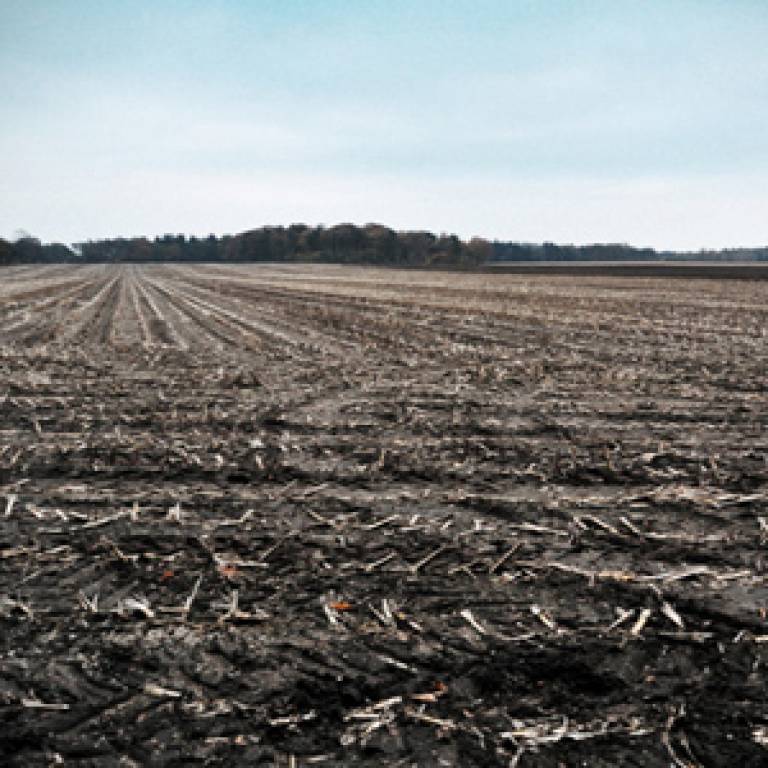 The study, which is published in the journal Nature Communications, is the first to show the existence of a 'boom-and-bust' pattern, with decreases in population size as great as 60 per cent following rapid initial population increases of up to three or four times previous levels.

Professor Stephen Shennan (UCL Institute of Archaeology), lead author of the study, said: "The introduction of farming is widely believed to have led to sustained population growth, but the new evidence we've uncovered suggests this large-scale 'boom-and-bust' pattern.  The reasons behind this trend still remain unknown, but they could have been to do with farming itself."

Looking at the distribution of nearly 8,000 radiocarbon dates from archaeological sites in several regions, and using novel statistical analysis, the team noticed that while there was evidence of a dramatic increase in human activity shortly after farming was introduced, it was not sustained. Instead they saw evidence of population collapse in many regions.

Professor Mark Thomas (UCL Genetics, Evolution & Environment), co-author of the paper, said: "One of the problems with using counts of archaeological sites dating to different periods of time as an indicator of population size change is that sometimes interesting patterns can appear just by chance. It was therefore necessary for us to develop new statistical methods to account for this, and to test if the boom-and-bust patterns we saw were real, and not just the result of some throw of the archaeological dice."

New evidence we've uncovered suggests this large-scale 'boom-and-bust' pattern. The reasons behind this trend still remain unknown, but they could have been to do with farming itself

The development of farming, about 11,000 years ago in the Middle East completely changed humanity's ways of life. Producing food by farming, as opposed to obtaining it by hunting and gathering, meant that larger populations could be supported. This was the foundation for increases in fertility - leading to massive population growth - as well as many other changes in human ecology, including those in health, social structure and technology.

Dr Adrian Timpson (UCL Institute of Archaeology), a co-author of the study, said:  "The reasons why these populations collapsed so dramatically remains unknown. One possibility could be changes in climate, which can affect the suitability and productivity of crops in different regions. But when we looked into this further, we found no conclusive proof of a link."

If climate change wasn't the cause of population collapse then it was more likely a consequence of farming itself. For example, farming could have driven population growth to unsustainable levels, or soils could have become depleted of nutrients, or eroded, or it could simply be too risky to rely on a small number of domestic plant and animal species.

Professor Shennan said: "Overshooting resources seems a plausible explanation. But the simple fact is we don't yet know why these populations collapsed. However, something we can be confident of is that these dramatic collapses would have had important consequences for the economic, social and cultural lives of these early European farmers."