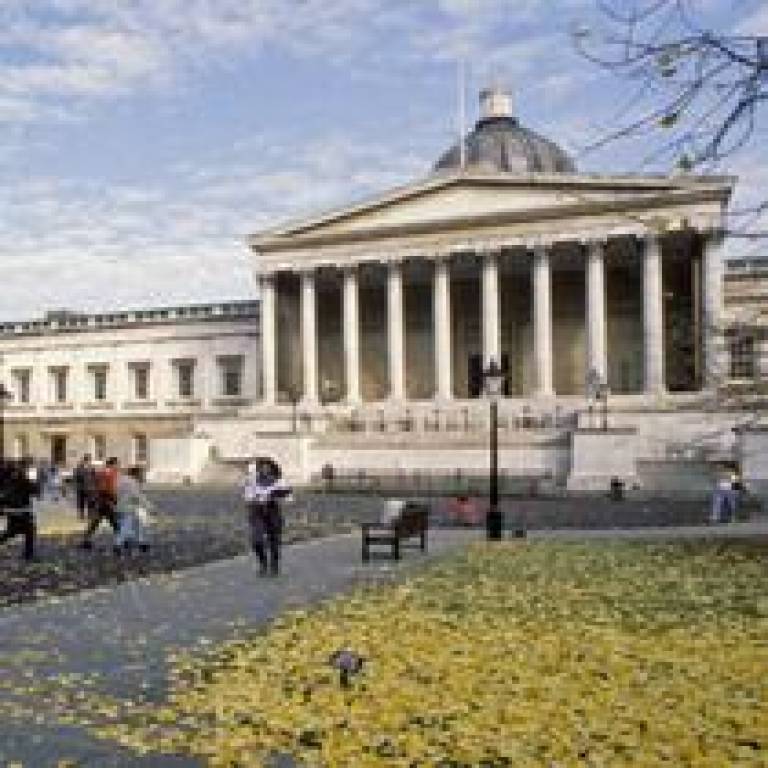 In addition to the AHRC's commitment to LAHP, the three partners will be investing over £12.5 million to fund studentships and training. The partnership represents one of the most important developments in arts and humanities postgraduate researcher provision in recent decades and it will form one of the most significant postgraduate training schemes in the arts and humanities in the UK.

UCL President and Provost Professor Michael Arthur thanked the AHRC for its support of the partnership, which has brought together UCL, King's and SAS, collectively creating a world-class centre for the training of research students in the arts and humanities. He particularly noted the innovative nature of the new provision, with extra resources provided to train students in public engagement and knowledge transfer, ensuring that the research conducted within LAHP will have the greatest possible reach.

Professor Sir Richard Trainor, Principal and President of King's College London, welcomed the announcement of funding from the AHRC.  He noted that:  "The partnership offers a unique opportunity to build on King's research excellence in the Arts and Humanities in concert with UCL and SAS.  In addition to research supervision and training programmes of the highest international quality, research students will have exceptional access to cultural and business partners in London.

"The London Arts & Humanities Partnership is an ambitious project that aims to develop the leaders of future generations of arts and humanities researchers."

Professor Roger Kain, Dean and Chief Executive of the School of Advanced Study, University of London, welcomed the announcement, saying: "The award cements a partnership which will offer research students an unparalleled research environment, exceptional resources and access to unrivalled training opportunities. The Partnership demonstrates the School's continued commitment to the facilitation of research in the humanities at its most fundamental level: the production of future scholars in its disciplines."

Professor Clare A. Lees, Director of LAHP, commented: "This award is testament to our collective strengths in supervising and training graduate researchers. LAHP will attract the strongest researchers because of its combination of excellence in traditional subjects, interdisciplinary study and research in emerging areas.

"We are committed to furthering public engagement, working with the cultural and creative industries, strengthening our provision of language learning, advancing knowledge of the digital humanities, and supporting student research initiatives."