As a key part of our vision is to be London's Global University, we are often focused on the global element but, perhaps because of familiarity, we seem to spend less time thinking about our role and impact in London. 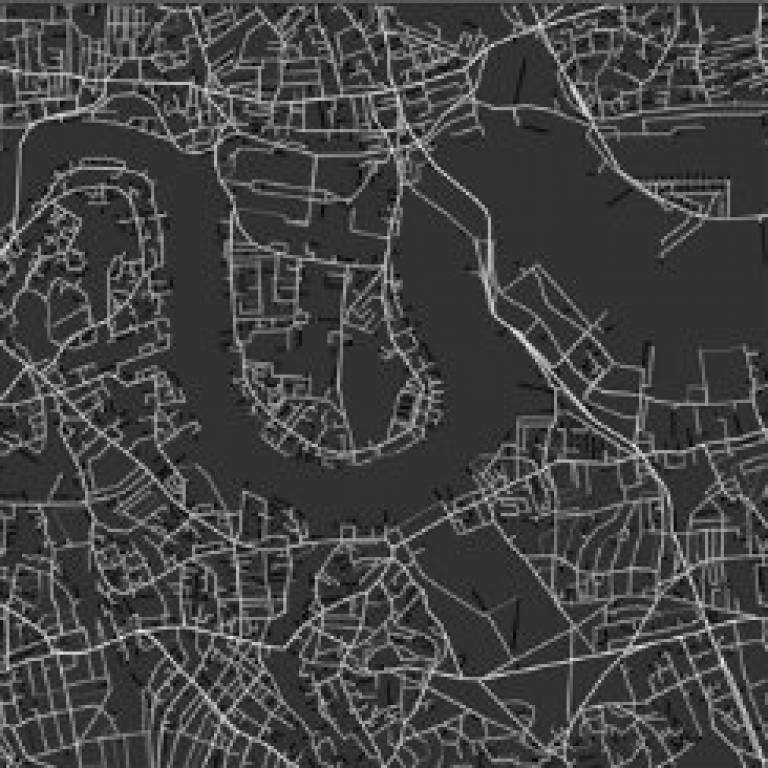 We are certainly very privileged to be the best comprehensive university in one of the world's leading capital cities. London is a very exciting city that enjoys an outstanding global reputation, and is riding high after a highly successful Olympic Games last year.

It is important to recognise that our future is intrinsically linked to that of London. We are able to attract some of the world's best students and staff in part because of our location. I remember a conversation with Rex Knight (Vice-Provost Operations) earlier this year, when he told to me that he is often asked by other universities how they might mimic UCL's international student recruitment success. 'Move to London' was a slightly tongue-in-cheek element of a much more sophisticated answer, but it underscores the symbiotic nature of our relationship with the capital.

Our interactions with London as a city and our contribution to its future are already extensive. Members of the UCL Bartlett, including Professor Bill Hillier, have, for example, contributed using 'space syntax' methods to advise on projects as wide-ranging as the improvements to Trafalgar Square, the South Bank and the siting of the Millennium Bridge. (The map to the right, featured in the opening ceremony of the Olympic Games last year, was produced by Space Syntax, a company founded at UCL.) This week has also seen the publication of the book London 2062: Imagining the Future City, edited by Sarah Bell (Civil, Geomatic and Environmental Engineering) and James Paskins (of the Sustainable Cities Grand Challenge team) with contributions from a wide range of UCL authors across disciplines, imagining how current trends in energy use, transport, education, governance and health might have played out in that 50 year time frame.

We can also point to extensive partnership activities with external agencies such as the Centre for London, London First, and the London Enterprise Partnership, not to mention our huge role in medicine and health in London as exemplified by our founding role in UCL Partners, our Academic Health Sciences Centre. These are all key contributions and interactions, but the obvious question is whether we should do more, and if so, how we ensure it is mutually beneficial.

I believe that London has a golden opportunity to be the premier destination in the world for higher education and within that context, it can also become pre-eminent in biomedicine, health and life sciences. This won't be easy and it will take time, but over the next 20 - 30 years, we should be able to displace Boston from the top slot. Ambitious? Certainly, but in my view achievable, but only if we and London set out with this outcome in mind and we work together.

The reasons behind my optimism are several. First, London is teeming with great higher education institutions, many of them here in Bloomsbury, and Imperial, King's and LSE are also key players on the global stage. As I would like to remain as Provost of UCL for a healthy period, let me make it clear I have no appetite for rekindling past merger attempts, but I do think that collaboration and partnership working will be a central aspect of our future. To maintain a global leadership position, we must collaborate for competitive advantage.

Second, think of the recent investments there have been in world-leading developments such as the Crick Institute and the positive contribution and impact that they will make. Finally, there are new opportunities that are within our grasp, as we think about our future and our contribution to this endeavour. I would like UCL to be right at the heart of delivering this vision for London.

Given our level of ambition for our own future, we have some very real needs that include improving our current infrastructure in Bloomsbury, and more space and world-class facilities in the longer run. Our commitment to Bloomsbury is both urgent and clear, as evidenced by major refurbishments of the Kathleen Lonsdale building, Wates House, and a major public realm programme (in part to sort out the shockingly bad 'Physics Yard') all coming forward to the Finance Committee this week, along with a more comprehensive Estates and Funding Strategy.

But in my view, these and many other Bloomsbury-based projects alone will not be enough, particularly over a 20­-30 year timeframe. We have previously thought about our need for a 'second campus' and have explored one major site, the Carpenters Estate, in Stratford. For various reasons this was highly controversial at the time with staff and students alike, and ultimately it did not proceed.

Over the summer, we have had a chance to reflect and consider the potential of other sites. One site, which has always been a possibility, has been the Olympic Park. Indeed in 2010 the Prime Minister announced that UCL would, in due course, explore the potential of developing some activities there. Our initial analysis is that it is a very different proposition to many other opportunities. It is smaller, and potentially offers an opportunity for a faster development, but one that can be more measured and more precisely meet our needs.

To take this forward, I have asked Professor Stephen Caddick, Vice-Provost (Enterprise), to form a steering group (and associated working groups) reporting through me and SMT to UCL Council, to consider how we might take this new and very different opportunity forward. At a very early stage we felt that this would not be a conventional 'second campus' in the sense of transferring current activities there, but rather a site for development of new complementary activities that will help us to achieve our 20­-30 year ambitions. This could be a place in which we might help craft UCL's legacy, alongside an Olympic legacy , maintaining and enhancing UCL's commitment to excellence, innovation and impact, and continuing to generate even greater economic prosperity and local jobs in London, for London.

We will be presenting the steering group's initial thoughts to both the Finance Committee and Council over the next two weeks. In our initial discussions within the Senior Management Team there was clear recognition of the potential importance of this opportunity and there was unanimous agreement that we should explore further. We were all of the view that we would only take this forward if we could be confident that it would work financially and that it would not detract from other immediate capital needs in Bloomsbury.

After this next stage of deliberation, we will then wish to consult widely with the UCL community about the opportunities that such an initiative might offer. Our early ideas of what might be sited there include thoughts about a 'living hub' for early career staff, students and possibly alumni; a collaborative HEI 'edtech' development; and open innovation space to work more closely with industry on advanced technological design and in biomedicine. At this stage these are ideas, not plans, and absolutely nothing is set in stone. Steve Caddick will set up a mechanism for listening to and assessing other ideas via the steering group and we would very much welcome your input to that process in due course.