Researchers have called for salt content in medicines to be labelled in the same way as food products in order to limit the risk of cardiovascular events, after research highlighted high salt levels in common medicines. 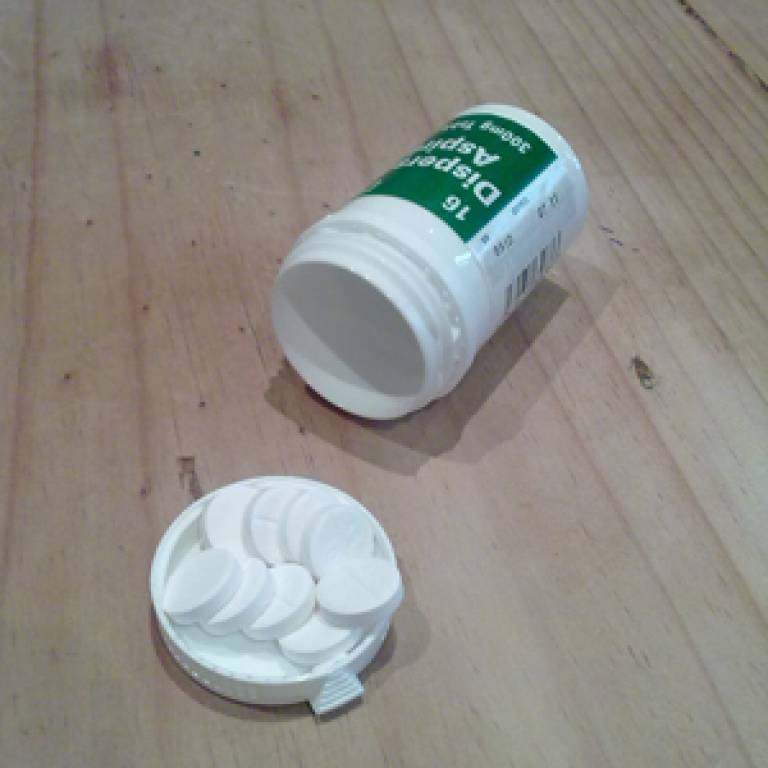 The research shows that that taking the maximum daily dose of some medicines would exceed the recommended daily limits for sodium, without any additional dietary intake. Millions of patients taking effervescent, dispersible and soluble medicines containing sodium are at greater risk of cardiovascular events compared with patients taking non-effervescent, dispersible and soluble versions of the same drugs. The study, published today in the BMJ, is a joint project between the University of Dundee and UCL.

The team compared the risk of cardiovascular events (non-fatal heart attack, non-fatal stoke, or vascular death) in patients taking sodium-containing effervescent, dispersible and soluble medications with those taking non-sodium versions of the same drugs between 1987 and 2010.

Dr Li Wei (UCL School of Pharmacy), senior author of the paper said, "People who are taking medicines containing salt such as soluble paracetamol need to be aware of the cardiovascular risk. The study conducted using the UK primary care database demonstrates that large medical databases are a rich resource for eHealth research and can be used to address important public health issues."

People who are taking medicines containing salt such as soluble paracetamol need to be aware of the cardiovascular risk. The study conducted using the UK primary care database demonstrates that large medical databases are a rich resource for eHealth research and can be used to address important public health issues.

Dr Jacob George, first author from the University of Dundee added: "People should be warned about the potential dangers of high sodium intake from prescribed medicines." He said that sodium-containing formulations "should be prescribed with caution only if the perceived benefits outweigh the risks."

Numerous studies have shown that excess salt is harmful to heart health. Many commonly prescribed medicines have sodium added to improve their absorption into the body, but the effect of this is unknown.

Over 1.2 million UK patients were tracked for an average of just over seven years. During this time, over 61,000 incident cardiovascular events occurred.

Factors likely to affect the results, such as body mass index, smoking, alcohol intake, history of various chronic illnesses and use of certain other medications, were taken into account.

Patients taking the sodium-containing drugs were also seven times more likely to develop high blood pressure and overall death rates were also 28% higher in this group. These events are largely driven by an increased risk of hypertension and stroke.

Dr Wei acknowledges that there is still some controversy regarding the relation between dietary sodium and cardiovascular events, but said their findings "are potentially of public health importance."

She concluded: "Prescription of these sodium-containing formulations should be done with caution, and patients prescribed them should be closely monitored for the emergence of hypertension."

Paper in the BMJ
UCL School of Pharmacy