UK researchers have discovered a gene that regulates alcohol consumption and when faulty can cause excessive drinking. 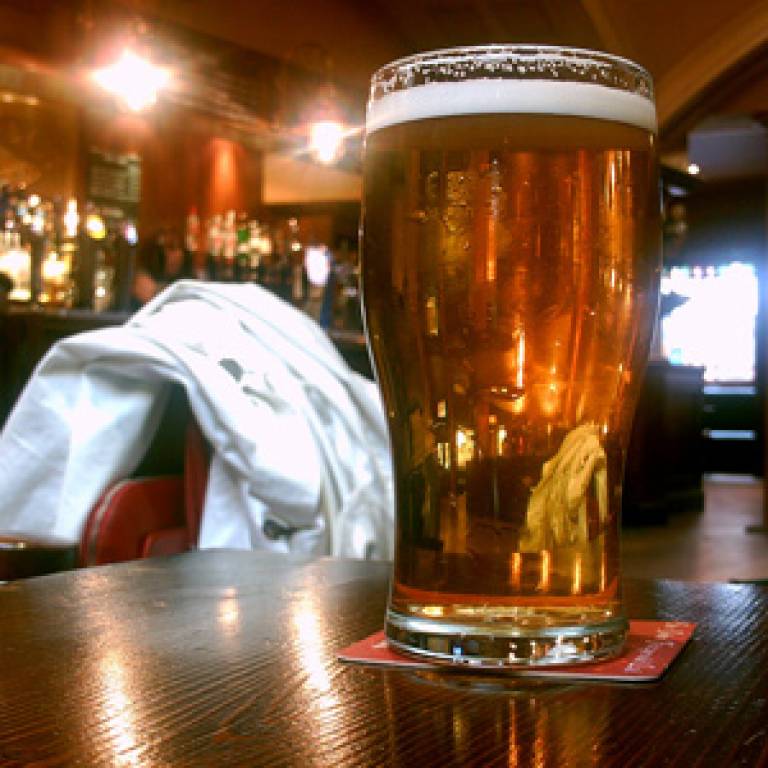 They have also identified the mechanism underlying this phenomenon.

The study showed that normal mice show no interest in alcohol and drink little or no alcohol when offered a free choice between a bottle of water and a bottle of diluted alcohol.

However, mice with a genetic mutation to the gene Gabrb1 overwhelmingly preferred drinking alcohol over water, choosing to consume almost 85% of their daily fluid as drinks containing alcohol.

Professor Trevor Smart (UCL Neuroscience, Physiology & Pharmacology), a senior author of the study said, "This has been a long-term project involving many groups. It is quite remarkable that a single mutation in a relatively rare GABA receptor gene can lead to such a profound change in alcohol consumption.

"The mutation enables the principal receptor in the brain, which normally responds to the inhibitory transmitter GABA, to open spontaneously. This leads to increased levels of inhibition in an area of the brain called the nucleus accumbens, a structure well known for its involvement in substance abuse and reward behaviour."

It is of course very unlikely that this single mechanism will explain all the reasons for excessive alcohol intake, but this study does offer fresh insight into a problem that is a significant burden to both individuals and society.

He concluded: "It is of course very unlikely that this single mechanism will explain all the reasons for excessive alcohol intake, but this study does offer fresh insight into a problem that is a significant burden to both individuals and society."

Identifying the gene for alcohol preference

Working at the MRC Mammalian Genetics Unit, a team led by Professor Howard Thomas from Imperial College London introduced subtle mutations into the genetic code at random throughout the genome and tested mice for alcohol preference. This led the researchers to identify the gene Gabrb1 which changes alcohol preference so strongly that mice carrying either of two single base-pair point mutations in this gene preferred drinking alcohol (10% ethanol v/v - about the strength of wine), over water.

The group showed that mice carrying this mutation were willing to work to obtain the alcohol-containing drink by pushing a lever and, unlike normal mice, continued to do so even over long periods. They would voluntarily consume sufficient alcohol in an hour to become intoxicated and even have difficulty in coordinating their movements.

The cause of the excessive drinking was tracked down to single base-pair point mutations in the gene Gabrb1, which codes for the beta 1 subunit, an important component of the GABAA receptor in the brain. This receptor responds to the brain's most important inhibitory chemical messenger (GABA) to regulate brain activity.

The researchers found that the gene mutation caused the receptor to activate spontaneously even when the usual GABA trigger was not present.

These changes were particularly strong in the region of the brain that controls pleasurable emotions and reward, the nucleus accumbens, as Dr Quentin Anstee, from the University of Newcastle explained: "The mutation of the beta1 containing receptor is altering its structure and creating spontaneous electrical activity in the brain in this pleasure zone, the nucleus accumbens. As the electrical signal from these receptors increases, so does the desire to drink to such an extent that mice will actually work to get the alcohol, for much longer than we would have expected."

The burden of alcohol addiction

Initially funded by the MRC, the 10-year project aimed to find genes affecting alcohol consumption. Professor Hugh Perry, Chair of the MRC's Neurosciences and Mental Health Board, said: "Alcohol addiction places a huge burden on the individual, their family and wider society. There's still a great deal we don't understand about how and why consumption progresses into addiction, but the results of this long-running project suggest that, in some individuals, there may be a genetic component. If further research confirms that a similar mechanism is present in humans, it could help us to identify those most at risk of developing an addiction and ensure they receive the most effective treatment."