Different brain areas are activated when we choose for ourselves to suppress an emotion, compared to situations where we are instructed to inhibit an emotion, according a new study from the UCL Institute of Cognitive Neuroscience and Ghent University. 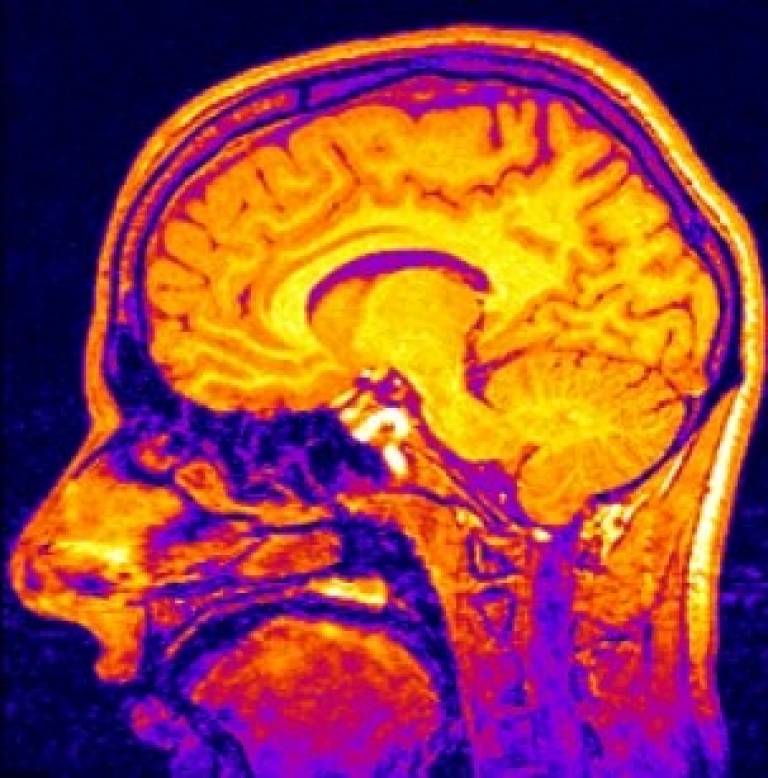 In this study, published in Brain Structure and Function, the researchers scanned the brains of healthy participants and found that key brain systems were activated when choosing for oneself to suppress an emotion. They had previously linked this brain area to deciding to inhibit movement.

In most previous studies, participants were instructed to feel or inhibit an emotional response. However, in everyday life we are rarely told to suppress our emotions, and usually have to decide ourselves whether to feel or control our emotions.

In this new study the researchers showed fifteen healthy women unpleasant or frightening pictures. The participants were given a choice to feel the emotion elicited by the image, or alternatively to inhibit the emotion, by distancing themselves through an act of self-control.

The researchers used functional magnetic resonance imaging (fMRI) to scan the brains of the participants. They compared this brain activity to another experiment where the participants were instructed to feel or inhibit their emotions, rather than choose for themselves.

Different parts of the brain were activated in the two situations. When participants decided for themselves to inhibit negative emotions, the scientists found activation in the dorso-medial prefrontal area of the brain. They had previously linked this brain area to deciding to inhibit movement.

In contrast, when participants were instructed by the experimenter to inhibit the emotion, a second, more lateral area was activated.

Regulating emotions is part of our daily life, and is important for our mental health. For example, many people have to conquer fear of speaking in public, while some professionals such as health-care workers and firemen have to maintain an emotional distance from unpleasant or distressing scenes that occur in their jobs.

Professor Patrick Haggard (UCL Institute of Cognitive Neuroscience) co-author of the paper said the brain mechanism identified in this study could be a potential target for therapies:

"The ability to manage one's own emotions is affected in many mental health conditions, so identifying this mechanism opens interesting possibilities for future research.

"Most studies of emotion processing in the brain simply assume that people passively receive emotional stimuli, and automatically feel the corresponding emotion. In contrast, the area we have identified may contribute to some individuals' ability to rise above particular emotional situations.

"This kind of self-control mechanism may have positive aspects, for example making people less vulnerable to excessive emotion. But altered function of this brain area could also potentially lead to difficulties in responding appropriately to emotional situations."