Mutations in VCP gene implicated in a number of neurodegenerative diseases

New research, published in Neuron, gives insight into how single mutations in the VCP gene cause a range of neurological conditions including a form of dementia called Inclusion Body Myopathy, Paget's Disease of the Bone and Frontotemporal Dementia (IBMPFD), and the motor neuron disease Amyotrophic Lateral Sclerosis (ALS). 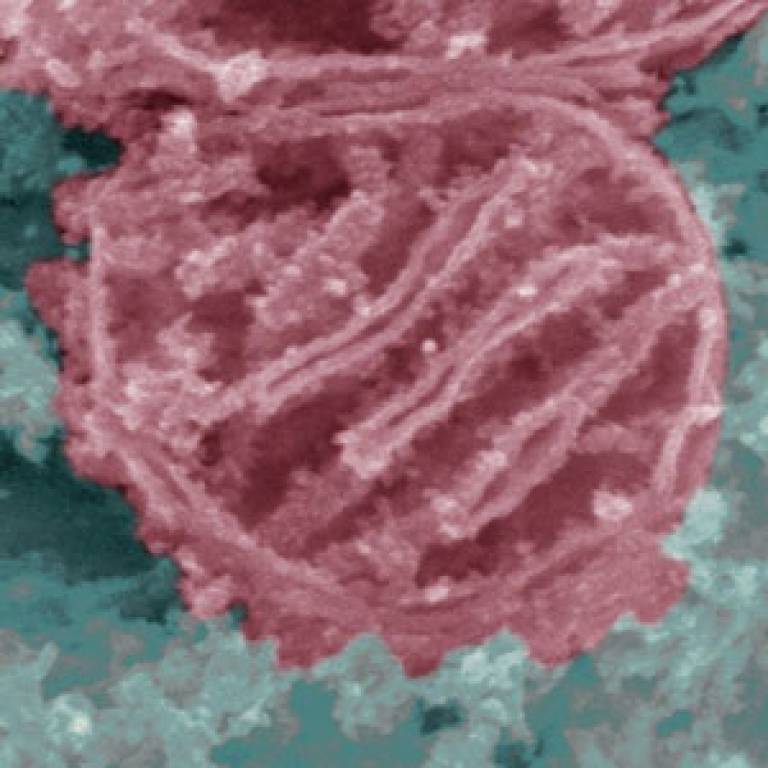 Single mutations in one gene rarely cause such different diseases. This study shows that these mutations disrupt energy production in cells shedding new light on the role of VCP in these multiple disorders.

In healthy cells VCP helps remove damaged mitochondria, the energy-producing engines of cells. The mutant protein can't do this and as a result, the dysfunctional mitochondria build up.

The new study led by Dr Fernando Bartolome, Dr Helene Plun-Favreau and Dr Andrey Abramov of the UCL Institute of Neurology, found that mitochondria are damaged in cells from patients with mutant VCP. Mitochondria generate a cell's energy, and the study found these damaged mitochondria are less efficient, burning more nutrients but producing less energy. This reduction in available energy makes cells more vulnerable, which could explain why mutations in the VCP gene lead to neurological disorders.

Lead author Dr Fernando Bartolome said, "We have found that VCP mutations are associated with mitochondrial dysfunction. VCP had previously been shown to be important in the removal of damaged mitochondria and proteins, accumulation of which is potentially very toxic to cells. A single mutation in the VCP gene could cause multiple neurological diseases because a different type of protein is accumulating in each disorder".

In the study, the researchers used live imaging techniques to examine the functioning of mitochondria in patient cells carrying three independent VCP mutations, and in nerve cells in which the amount of VCP has been reduced.

"The next step will be to find small molecules able to correct the mitochondrial dysfunction in the VCP deficient cells", added Dr Bartolome .

Dr Brian Dickie, the Motor Neuron Disease Association's Director of Research Development says: "Neurons - and motor neurons in particular - are incredibly energy hungry cells. These new findings from the team at UCL show that there is a significant interruption of energy supply in this hereditary form of MND, which has strong implications for understanding the degenerative process underpinning all forms of the disease."

The research was supported in part by a Wellcome Trust/MRC Joint Call in Neurodegeneration award and by the Spanish Ministerio de Educación through the Fundación Española para la ciencia y la tecnología (FECYT) and grants from the ALS Association and Motor Neuron Disease (MND) Association.