This week the spotlight is on Dr Mike Galsworthy, Senior Research Associate in the Department of Applied Health Research (DAHR). 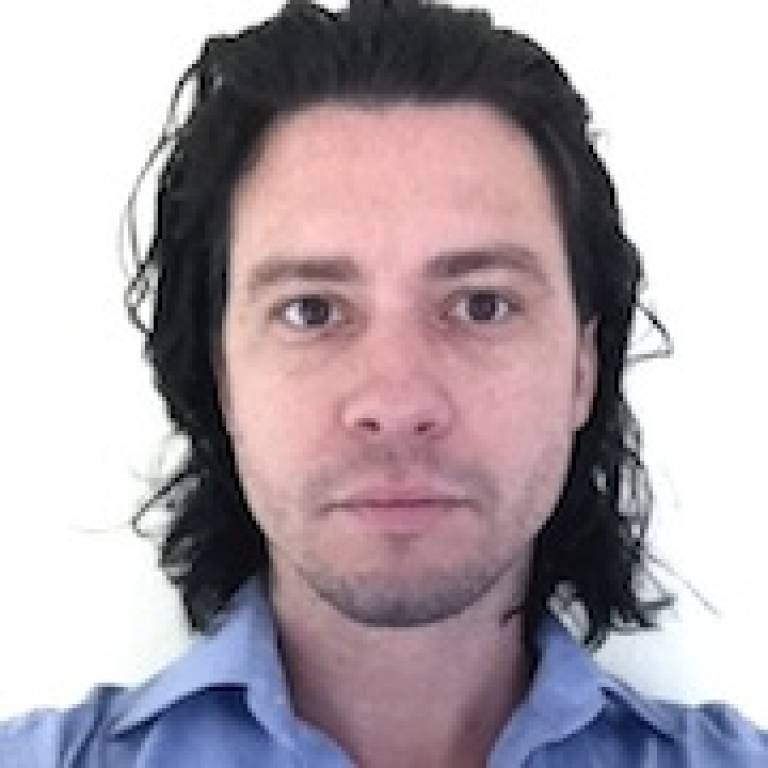 I am a Senior Research Associate at the Department of Applied Health Research (DAHR) at UCL and also jointly at the Royal College of Anaesthetists. My main work is about outcomes of surgery; so what we can do to better predict problems and then improve all aspects of health following surgery.

In addition to this, at the Royal College of Anaesthetists I am heading up a Research Prioritisation Exercise (with the James Lind Alliance) in order to identify the important novel research questions in anaesthesia.

Anaesthesia is about more than giving drugs during surgery; it is increasingly entering the domain of 'perioperative care', where the anaesthetist assesses health and risk factors before surgery, maintains all aspects of physiology during surgery and then monitors recovery.

I have now been at UCL for exactly a year. After 10 years away in Switzerland and Slovenia, I came back to London in June 2012.

In Slovenia I was working in the National Institute of Public Health. My main role was analysing Slovene hospital databases. This became part of a larger European project called "ECHO" (European Collaboration for Health Optimisation) where we actually managed to get the national hospital databases from several European countries all together in one big database (tens of millions of anonymised patient records) for cross-country comparisons. This ground-breaking project is on-going; I left it to come to UCL.

(Before working in health in Slovenia, I was working in animal behaviour in Switzerland and before that, I was a PhD student in genetics.)

For nearly 5,000 projects funded to €6 billion, we broke it all down by subject areas, participating countries and even mapped the academic papers produced by the projects. I headed up those analyses and recently published the results as a Lancet letter and European Journal of Public Health article (in press).

With great support from UCL Media Relations all the way, this led to an invited commentary piece on our advice for the EU's new €70bn science funding programme that got me interviews and has been tweeted, blogged and written about in many relevant places. My recommendations have been seen by key Commission people with whom I am now in contact. All this has also led to more writing invitations from further afield.

Another achievement is Medsum. This is a simple online summary interface to the academic life-sciences literature, letting you easily "profile" authors or journals, or look at trends in literature. I have barely touched it since I wrote it in 2007, but it still gets users daily (it has seen about 12,000 unique users in total).

The research prioritisation exercise on anaesthesia is top of my list right now. It will run for the next 12-16 months and we are in the setting-up phase. The National Institute of Academic Anaesthesia has a lot of specialist societies as members and I am coordinating with these players whilst also organising representation from patient bodies.

Then there will be masses of free-text survey information to pull into meaningful clusters and refine for voting and decisions. So it will be a lot of organisation, promotion, analysis, debating and writing; but is set to have an important impact on defining future research (and funding) directions for anaesthesia and perioperative medicine.

Novel: Hmm, don't really read novels these days. I prefer poetry and pop science books when I get time. I read Animal Farm by George Orwell ages ago but that probably made more of an impression on me than anything else since.

I do like a good Yogi Berra quote. Here's one: "Nobody goes there anymore. It's too crowded." Here's another: "When you come to a fork in the road, take it." OK, I'll stop there.

A younger version of me, so I could tell him…

"When you come to a fork in the road, take it!"
Apart from general carpe diem advice, it would probably be a list of quite specific bits and pieces about people and situations.

That by night I do poetry/spoken word/whatever you want to call it. Since coming back to London I have discovered this colourful scene which is great fun and full of good friends and entertaining characters. There is a real sense of community too.

Every night there are events in pubs, cafés, galleries and sometimes, oftentimes it all gets mixed with stand-up comedy and music. It's even getting into the festivals more - I recently performed at the Hay Festival. Good times.

Maybe "people" round these parts would also be surprised to know I have a diploma in clinical hypnotherapy. I wanted it for the hypnosis mainly, and thoroughly enjoyed it.

Inside the wicker hut I made at the back of the garden for my two boys.