This week the spotlight is on Kate Smith (UCL History), Research Fellow on The East India Company at Home, 1757-1857. 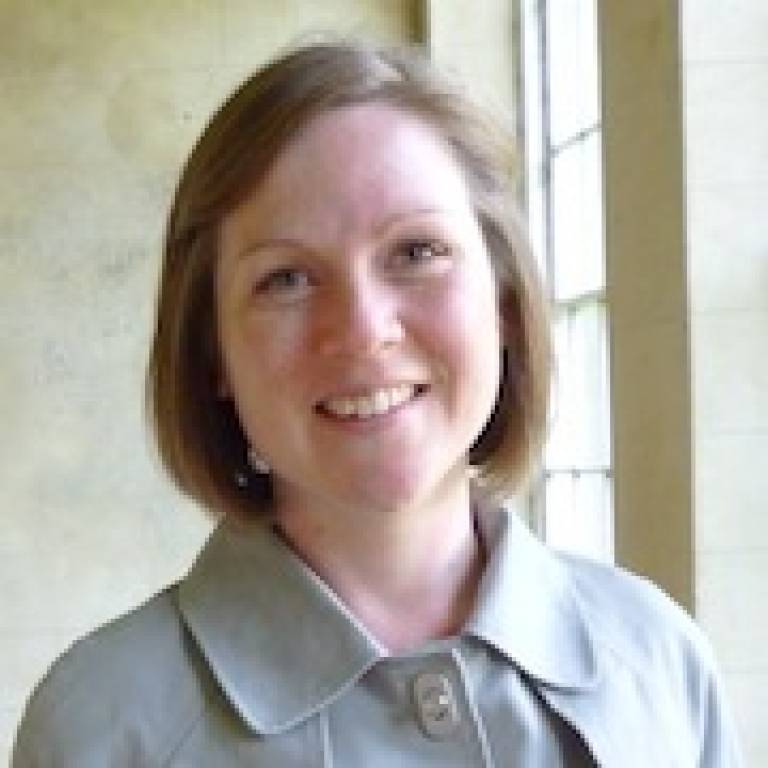 As Research Fellow on The East India Company at Home project I work within a team of four that includes Professor Margot Finn (Principal Investigator), Dr Helen Clifford (Senior Research Fellow) and Ellen Filor (PhD student). Our research aims to situate the 'British country house' within a global and imperial context.

To do this we are studying East India Company (EIC) families who returned to Britain in the eighteenth and nineteenth centuries, often after working in India, and exploring the country houses they built, bought or rented.

We are also examining the ways in which they assimilated Asian luxury objects, obtained while abroad or through EIC contacts, into the interiors they created.

As part of this research I am writing two journals articles: one that focuses on a particular family's experience of these processes, and another tracking the importance of women, homes and sociability within EIC networks.

I have been working at UCL for one year. The first year of our three-year Leverhulme Trust-funded project took place at the University of Warwick and the project team moved over to UCL in July 2012.

Before working on this project I completed a ten-month post-doctoral fellowship with the Chipstone Foundation based in Milwaukee, Wisconsin. While there I taught in the Art History Department at the University of Wisconsin-Madison and worked closely with Professor David Porter of the University of Michigan to curate an exhibition of Chinese-style objects at the Milwaukee Art Museum.

I am particularly proud of the public engagement work I have completed on The East India Company at Home project. Sustaining partnerships with our 250 project associates - including local and family historians, curators, archivists and heritage sector professionals - over three years requires a lot of work and openness, but I think (I hope) we have managed to establish productive and mutually beneficial relationships, through events, newsletters, meetings and our website, which publishes research written by both the core team and project associates.

Through this approach we made contact with the staff and volunteers at Osterley Park and House, a National Trust property in Hounslow. Since 2012 we have worked closely with the team there to curate a display entitled 'The Trappings of Trade: A Domestic Story of the East India Company' which opens at the house on 27 July.

Owned by directors of the East India Company in the early eighteenth century, the display explores the different ways in which Osterley was shaped by its connections with Asia.

As well as working with the team at Osterley, we also reached out to members of the local community to explore the objects and people who have come to Hounslow from Asia in the 21st century. During two sessions this spring, we toured the house with members of the local community, recorded their oral histories and produced photographic portraits to capture the ways in which Hounslow continues to be shaped by its connections to Asia. You can watch a video about the project here.

In addition to this, I am also very pleased that next summer my first monograph will be published with Manchester University Press, entitled Material Goods and Moving Hands: Perceiving Production in England, 1700-1830.

My colleague Leonie Hannan (UCL Museums) and I successfully applied for funding from the Centre for Humanities Interdisciplinary Research Projects (CHIRP) for an initiative entitled the 100 Hours project.

For the project Leonie and I have brought together a team of ten researchers from a range of academic disciplines and institutions. Over the next year the team will focus closely and individually on a selection of objects (chosen from UCL Museums and Collections) and through discussion with senior academic specialists will create a series of innovative research 'responses'.

These 'responses' will be made publically available as blog posts on our project website and will culminate in longer conference papers and then articles.

The project will be advised by a cross-departmental group of Principal Investigators (PIs), including Margot Finn (UCL History), Simon Werrett (UCL History and Philosophy of Science) and Ludovic Coupaye (UCL Anthropology), and aims to uncover interdisciplinary frameworks that will shape future research on material things in contemporary and historical society.

Novel: It's a toss up between The Diaries of Jane Somers by Doris Lessing or They Knew Mr Knight by Dorothy Whipple.

Two fish in a tank, one says to the other 'How do you drive this thing?'

Don't worry about the future too much, concentrate on the present. Things will never turn out in the way you imagine they will anyway.

At GCSE I opted for Geography rather than History.

I really love the vast open space that is Holkham Beach in Norfolk.