The mysterious Ice Worlds of the outer solar system are being brought to life this week at the Royal Society Summer Science Exhibition. 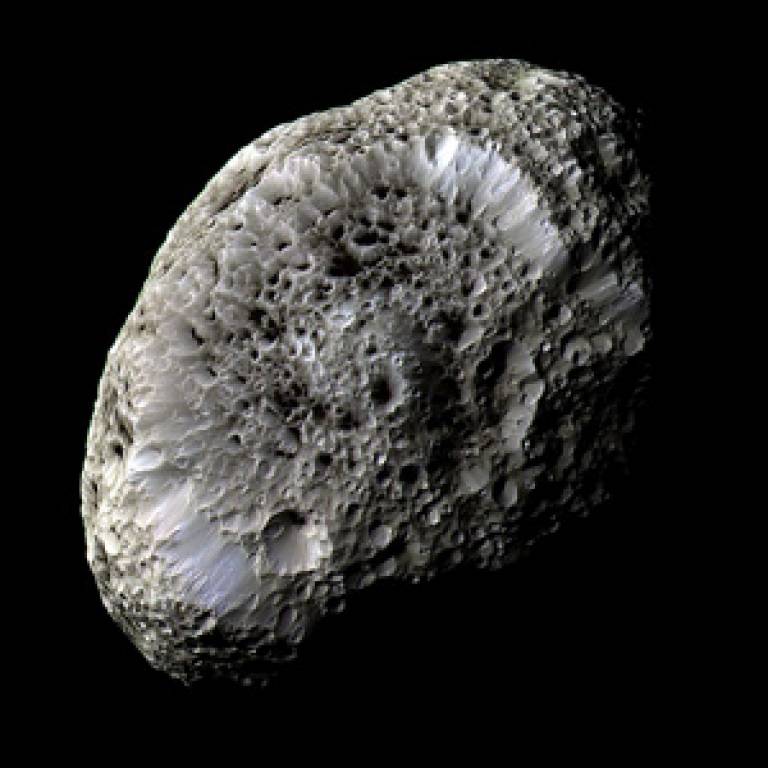 At huge distances from the Sun, the moons of the outer planets and dwarf planets, such as Pluto, reside in a bizarre world of extreme cold where water behaves like a solid rock. However, despite the biting cold, many of these worlds are alive with activity, such as the erupting geysers on the surface of Neptune's moon Triton.

Visitors to the exhibit will be able to experience reconstructions of the often rugged icy surfaces of these worlds, which lie hundreds of millions of miles away from our own planet. Scientists from UCL, the University of Kent, Queen's University Belfast, and Imperial College London, will be on hand to explain the spectacular images, scale models and 3D images that have been captured during their research into the edges of our solar system.

Lead exhibitor Dr Geraint Jones, from UCL's Mullard Space Science Laboratory, said: "We hope to demonstrate to the public how exciting these ice worlds are. They have everything: towering cliffs of ice, active geysers, complex atmospheres, and hidden oceans of water."

He added: "A few icy moons even have oceans of water hidden beneath their outer crust. There's an extremely remote possibility that these hidden seas could even be home to very primitive life forms."

We hope to demonstrate to the public how exciting these ice worlds are. They have everything: towering cliffs of ice, active geysers, complex atmospheres, and hidden oceans of water.

Among other scale models, a highlight of the exhibit is a reconstruction of the active south polar region of Enceladus. Discovered by William Herschel in 1789 from his home in Slough, this 500km-wide moon of Saturn was recently revealed by the Cassini-Huygens mission to be active today. Using data from the mission, detailed maps of the moon have been used to build an accurate reconstruction of its tortured icy surface.

The exhibit also features a 3D movie of the view that the European Space Agency's recently-selected JUICE mission will have of Jupiter's large moon Ganymede.

The Ice Worlds team comprises a wealth of expertise from the four participating universities:

The scientists will be on hand at the exhibition which runs from 2 July to 7 July, to talk visitors through their research which ranges from how we determine dwarf planets' shapes from the way their brightness varies, to building instruments to sample the tenuous charged gases that surround the moons of the outer planets.

The exhibit is supported by the Science and Technology Facilities Council and the Royal Astronomical Society, as well as by UCL, the University of Kent, Queen's University Belfast, and Imperial College London.