Research shows that a new scan offering patients a less invasive diagnostic test for possible bowel cancer is more effective than the current radiological standard of barium enema and should be considered alongside the 'gold standard' of colonoscopy. 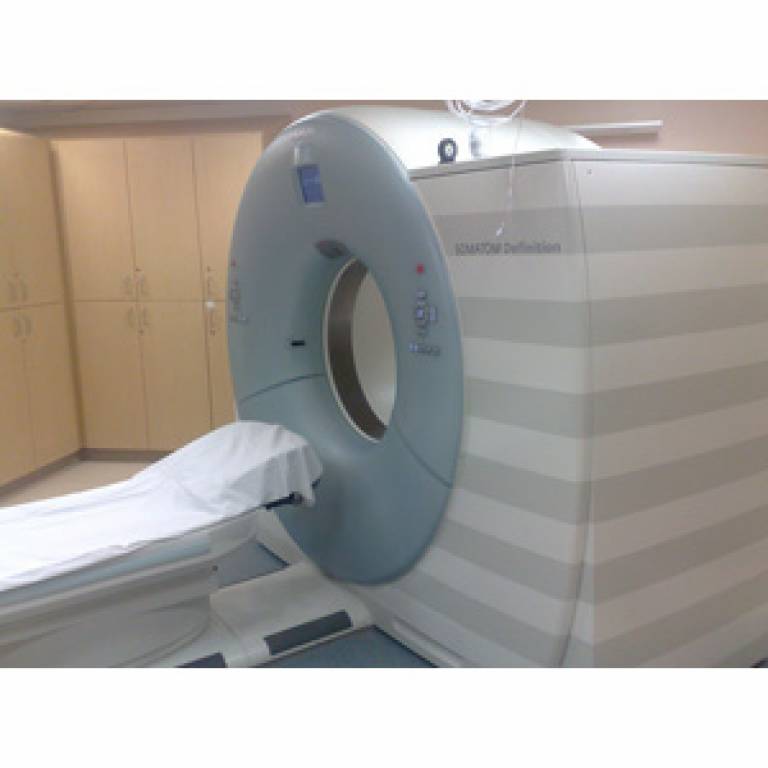 Computed tomographic colonography (CTC) is the name of the newer procedure. It is sometimes called 'virtual colonoscopy' because it uses a CT scanner and computer to generate 3D images of the colon.

However, unlike colonoscopy, where a flexible endoscope is passed along the large bowel, CTC is minimally invasive and does not require sedation.

Despite the benefits of CTC, the researchers urge caution. They state that guidelines are needed before CTC is used more widely because its ability to detect relatively unimportant findings can result in patients being referred for unnecessary follow-up tests.

In the first of the two trials published in The Lancet today, more than 3,800 patients were given either a CTC or a barium enema. The research shows that CTC was more effective than barium enema at finding bowel cancers and precancerous polyps.

We hope that barium enema will now be phased out in favour of CTC and that NICE will update its guidelines.

Professor Steve Halligan, joint-lead researcher on the study and Director of the UCL Centre for Medical Imaging, says: "Our trial shows that CTC is more accurate than barium enema. We hope that barium enema will now be phased out in favour of CTC and that the National Institute for Health and Clinical Excellence will update its guidelines.

"Although CTC can be performed on standard CT scanners available in practically all NHS hospitals, many do not have radiologists with experience of looking at CTC scans. These radiologists will need training in order to deliver the results we observed in our trials."

In a second trial, also published in The Lancet, almost 1,600 patients were given either a CTC or a colonoscopy. Previous studies have shown that these two tests have similar sensitivity for detecting bowel cancer.

In patients who had CTC, 30 per cent had a follow-up test compared with only eight per cent who had colonoscopy. Some of the follow-up tests after CTC were necessary because a possible cancer or large polyp had been seen. However, almost a third of follow-up tests were to investigate small polyps that could have been left alone as they were unlikely to develop into cancers.

Professor Wendy Atkin, based at Imperial College London and joint-lead researcher, says: "Understandably, hospital doctors are cautious and request more tests after CTC. However, CTC detects unimportant findings, so guidelines are needed to help doctors decide who should have a further test. With these in place, we have shown that CTC offers a viable option for people who are not able to, or do not wish to, undergo a colonoscopy for whatever reason."

Professor Jane Wardle (UCL Epidemiology and Public Health) led studies looking into patient experiences of the three tests. She says: "We have shown that people prefer CTC to both barium enema and colonoscopy. This research should mean that patients with bowel cancer symptoms can get the best test for them."

Despite the benefits of CTC, it is not for everyone. Patients with a history of inflammatory bowel disease, such as ulcerative colitis or Crohn's, were diagnosed significantly more frequently by colonoscopy.

Sara Hiom, Cancer Research UK's director of early diagnosis, says: "Survival rates for bowel cancer have doubled over the past 40 years thanks to better treatments and improved ways of diagnosing the disease. This research will mean that anyone with a suspected bowel cancer has two effective options to further investigate their symptoms."