The European Commission has chosen the Graphene Flagship as one of Europe's first 10-year FET flagship projects. 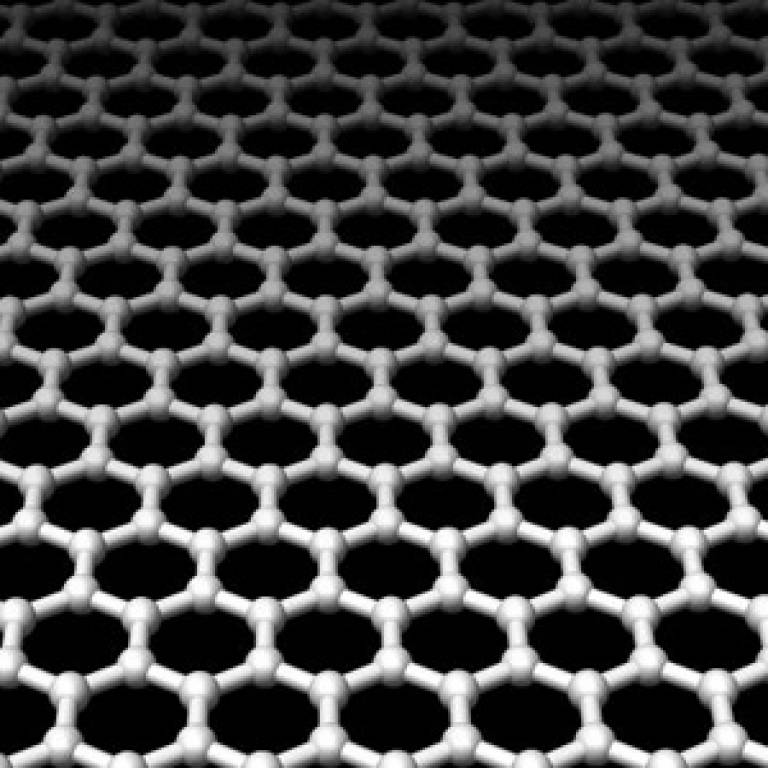 The Graphene Flagship aims to take graphene and related 2-dimensional materials from a state of raw potential to a point where they can revolutionize multiple industries - from flexible, wearable and transparent electronics, to high performance computing and spintronics.

From 2013 the Graphene Flagship will coordinate 126 academic and industrial research groups in 17 European countries, including the Nanomedicine Lab at the UCL School of Pharmacy, with an initial 30-month-budget of 54 million euros.

The progression from scientific excellence to industrial exploitation and societal impacts is the guiding principle of the Graphene Flagship, enforced by a series of open calls targeting graphene-based engineering and commercialization, starting already during the ramp-up phase of the flagship.

One of the project strands will investigate the safety of nanomaterials. Nanosafety research into graphene is an essential requirement that cannot be dissociated from the development of any new nanotechnology.

The small size and unique physicochemical properties of graphene may pose potential risks to the health of humans and the environment on exposure. The identification and resolution of any possible safety and toxicological responses is crucial not only for their integration into ICT, composites, and other mass-scale products, but also in view of their possible biomedical applications, such graphene-based devices interfacing with cells and tissues.

The Nanomedicine Lab at UCL School of Pharmacy has played a key role in discovering new biomedical applications and exploring the safety profile of graphene and other carbon-based nanomaterials during the last decade.

Professor Kostarelos (UCL School of Pharmacy) will be leading a team of researchers to partner within the Graphene Flagship work package on Health & Environment.

Professor Kostarelos said: "Graphene technologies offer plenty of excitement at both the fundamental scientific level, as well as having promising applications in various industries. The Nanomedicine Lab feels privileged to contribute to this decade-long endeavour."

The other FET flagship project chosen by the European Commission is the Human Brain Project, which also has UCL involvement.