In the future police will be able to predict the spread of riots, and how they impact on cities, thanks to a new computer model. 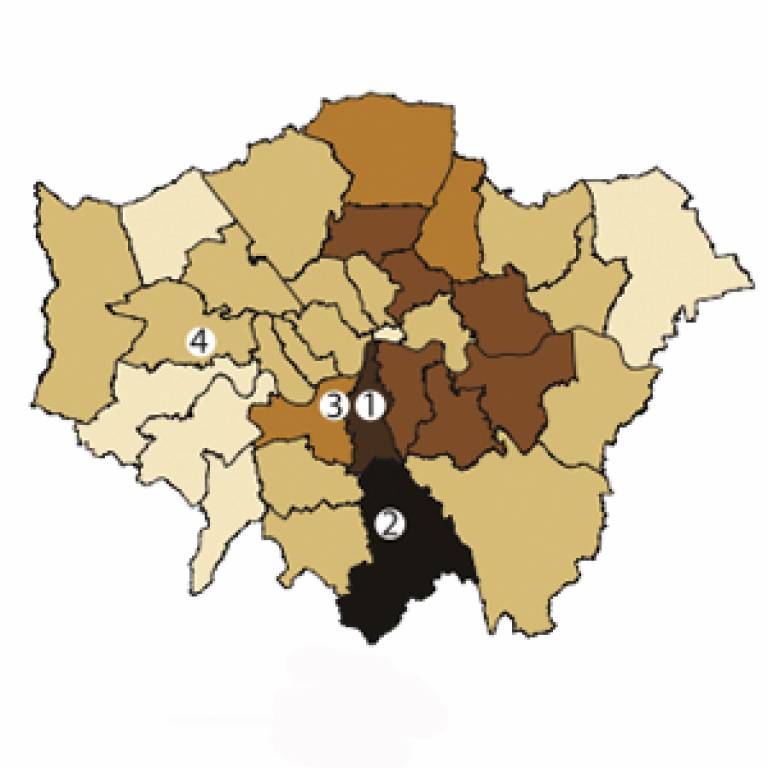 Developed by researchers at UCL, the model highlights the importance of considering the layout of cities in order for police to suppress disorder as quickly as possible once a riot is in progress.

"As riots are rare events it is difficult to anticipate if and how they will evolve. Consequently, one of the main strategic issues that arose for the police during the 2011 London riots concerned when and where to deploy resources and how many officers would be required to control the disorder," said co-author Toby Davies (UCL Security & Crime Science).

"The model we've created highlights the most susceptible areas of the city and has the potential to anticipate the escalation of rioting. Theoretically this could be employed by the police in future to assist in deploying their resources more effectively."

Using data supplied by the Metropolitan Police, with retail centres as the sites of disorder, the team were able to simulate and analyse the patterns arising from these events. This focused around looking at the apparently-contagious nature of participation, the distances travelled to riot locations, and the deterrent effect of policing. The study is published in Scientific Reports.

"Over half of the crimes in the UK were against commercial properties, and in London, these were clustered in areas such as Clapham Junction, Croydon, Ealing and Brixton. Therefore in many ways our simulation takes the form of a traditional retail model - people tend to prefer shopping locally, but are prepared to travel further for a larger or more attractive retail centre, and the same appears to be true of rioters," said Dr Hannah Fry (UCL Centre for Advanced Spatial Analysis).

During August 2011, the UK experienced its most widespread and sustained period of civil unrest for at least 20 years. Repeated episodes of looting, rioting, arson and violence took place in several cities, including London, Manchester and Birmingham. The consequences of the events include numerous instances of injury, including five deaths, and extensive property damage, for which liability has been estimated as £250 million.

"A lot of previous research in this area has focussed on the psychological and social motives of individual rioters, but our work is distinct from this, as instead of considering how and why the riots began, we take their initiation as our starting point and instead consider their development in terms of the city's layout over time," said Mr Davies.

As part of the investigation, the team also investigated the consequences of varying police numbers and reaction time, which has the potential to guide policy in this area.

"The ultimate aim of the work is to produce a tool which can be used to test strategies and to prepare in an informed way," said Mr Davies. "The hope would be that it would inform contingencies prior to a riot and to provide insight into how a given riot incident might be likely to spread. Insights like these are particularly valuable when dealing with rare and uncertain events."